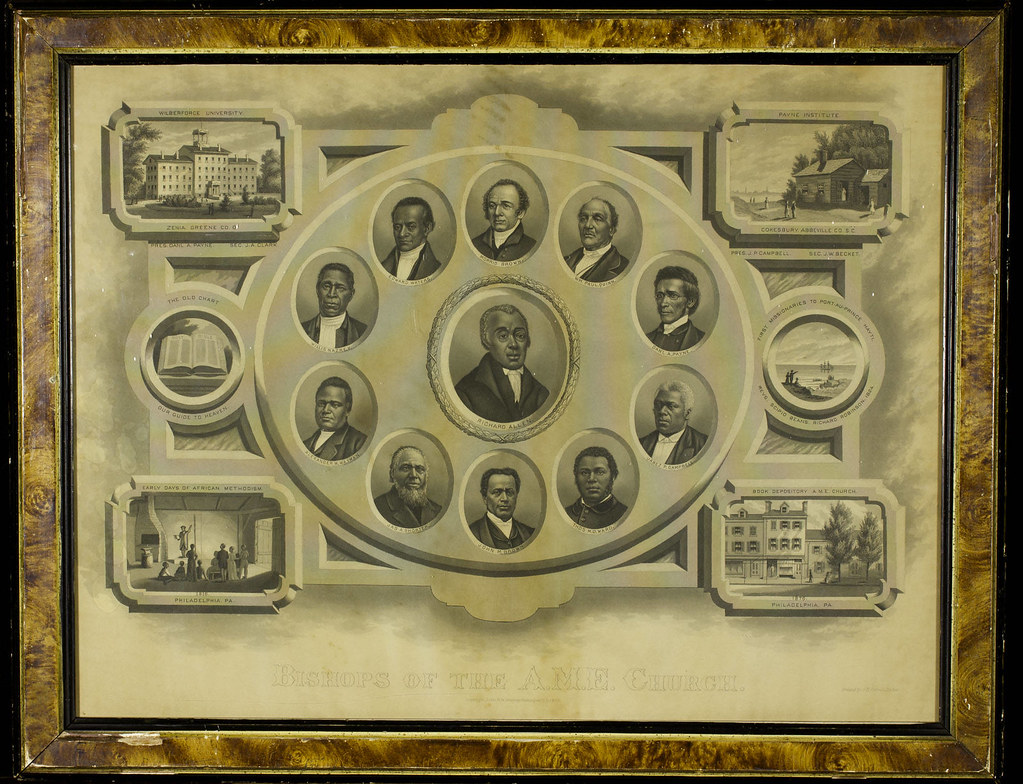 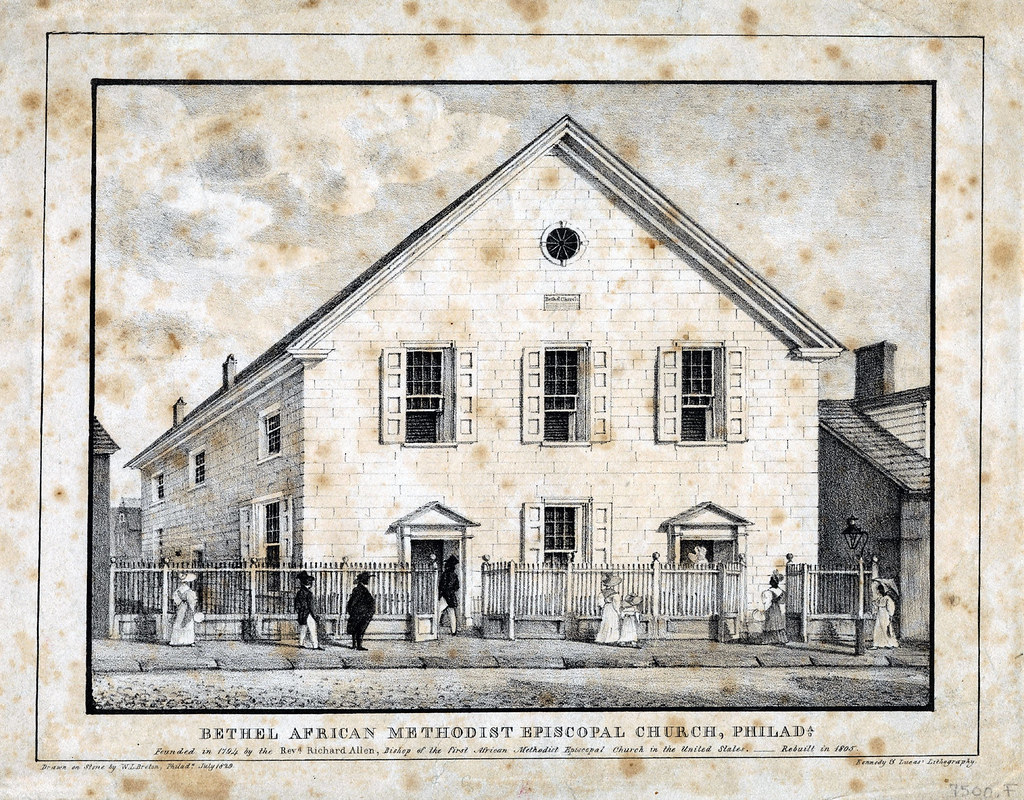 Exterior view of the rough cast second edifice of the African American church at 125 South 6th Street. Pedestrians and church attendees, predominately women, stroll the sidewalk and enter the house of worship adorned with a simple stone tablet inscribed, "Bethel Church." Known as "Mother Bethel," the church was formed from black congregants discriminated against by the Methodist Episcopal Church. The 1805 building, the site of the first convention of the Unified African Methodist Episcopal Church, stood until 1841 when a third building was erected on the site. W26 [7500.F]