A close study of the contacts in Jeffrey Epstein’s black book and the flight logs for his private jet reveals a damning portrait of elite New York.

Jeffrey Epstein, the financier facing sex-trafficking charges in New York, was accused of witness tampering on Friday by federal prosecutors, who said he wired $350,000 to two people who were potential witnesses against him.

Billionaire pedophile Jeffrey Epstein was arrested for allegedly sex trafficking dozens of minors in New York and Florida between 2002 and 2005, and will appear in court in New York on Monday, acco…

A separate study of about 600 Twitter accounts, believed to be directly tied to the Russian government or closely aligned with its propaganda, found significant numbers had tweeted prolifically in Robinson’s defence.

Welcome to Right of the Right. While the so-called “Alt-Right” is busy raising more questions, our goal is to help provide the answers you need. In today’s world of 24/7 fear-based media, most people are feeling overwhelmed, confused, and frustrated with all the “noise” masquerading as “news”. Our message is not the gloom and doom …

Source: About | Right of the Right

As violent street protests between the far right and anti-fascists become standard fare, rightwingers see the press as a threat – and aren’t shy to act on it 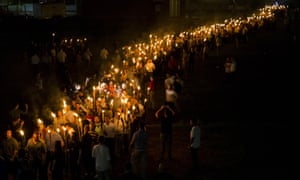 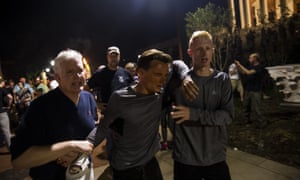 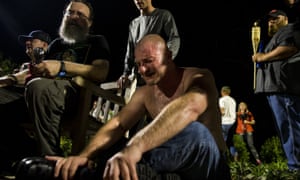 West said: “The crypto-fascists, the neofascists, the neo-Nazis now feel so empowered, not just by Trump but by the whole shift in the nation towards scapegoats. “I don’t like this talk about ‘alt-right’, that’s an unnecessary abstraction. These are neofascists in contemporary garb.”

Even Trump thinks Hitler did not gas Jews?

“No. But if I see them using gas and using things that — I mean even some of the worst tyrants in the world didn’t use the kind of gases that they used. And some of the gases are unbelievably potent.”

The Trump Organization sold the Miss Universe Organization, which runs the international beauty pageant as well as Miss USA, in September 2015 as some of then-candidate Trump’s business partners had cut ties with him over his inflammatory rhetoric about immigrants. The following year, recordings surfaced in which Trump boasted about walking in on beauty pageant contestants as they changed in dressing rooms, and 1997 Miss Teen USA contestants said they recalled him doing the same in dressing rooms with girls as young as 15. Similar allegations arose during Trump’s time in the modeling business. During a short-lived partnership in the early ’90s with a company called American Dream Calendar Girls, a pageant-to-pinup-calendar business, Trump allegedly groped the company’s cofounder under a restaurant table, then later in the night forcibly kissed and groped her in the Mar-a-Lago estate bedroom of his daughter Ivanka, then 11. Another woman, a model contestant in the pageant, accused Trump of appearing uninvited in her bed that same night. Trump denied the allegations, and the American Dream cofounder, Jill Harth, withdrew the lawsuit outlining them as a condition of settling a separate lawsuit about money he owed.

Source: Trump Models Is Closing Down As Staffers And Models Flee: Gothamist 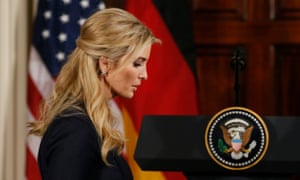 Since Donald Trump took office, his eldest daughter has been an increasingly visible presence in the White House, where her husband, Jared Kushner, already serves as a senior adviser. On Friday she participated in a meeting on vocational training with the president and the German chancellor, Angela Merkel. She stepped down from her position at the Trump Organization before her father’s inauguration, but still owns her own fashion label.

Source: Ivanka Trump has West Wing office and will get access to classified information | US news | The Guardian