The move could for the first time cut the U.S. government out of the development of the seasonal influenza vaccine for the Southern Hemisphere, a process coordinated by the WHO in partnership with the United States. And the withdrawal from the WHO could impede access to an eventual COVID-19 vaccine if it is created overseas, current and former officials said. Leaving the organization could also significantly blind the U.S. to health threats in remote foreign locales that, as the pandemic has shown, have the potential to make their way to the U.S. shores. Experts also fear the impact on major initiatives to combat infectious diseases, such as a WHO-led program that is on the cusp of eradicating polio. “To do this in the middle of a pandemic is breathtakingly dangerous,” said Nancy Cox, a former CDC virologist, who for 22 years led the agency’s WHO center on influenza surveillance and control. “So I worry a lot about what’s going to happen to so many of the programs at WHO that were strongly supported financially and through expertise and consultation with the U.S. I just think it could be really bad.”

Source: Inside the Trump Administration’s Decision to Leave the World Health Organization

There is a place where cancer can be cured in just 42 hours and where all the doctors in the world are conspiring to deceive the population. It is a place where you can “cure” autism with bleach, and where vaccines, far from preventing epidemics, actually spread them. This place is called social media, where a losing battle is being waged on a daily basis against dangerous health hoaxes and misinformation. In Spain, the internet is the second most important source of information on pseudotherapies, and two-thirds of citizens go online to read up on health issues.

Australian scientists discover a new strain of superbug capable of causing near untreatable infections, prompting renewed calls for hospitals to do more to fight antibiotic resistance.

The chlorine washing of food, the controversial “cleaning” technique used by many US poultry producers who want access to the British market post-Brexit, does not remove contaminants, a new study has found. The investigation, by a team of microbiologists from Southampton University and published in the US journal mBio, found that bacilli such as listeria and salmonella remain completely active after chlorine washing. The process merely makes it impossible to culture them in the lab, giving the false impression that the chlorine washing has been effective. Apart from a few voluntary codes, the American poultry industry is unregulated compared with that in the EU, allowing for flocks to be kept in far greater densities and leading to a much higher incidence of infection. While chicken farmers in the EU manage contamination through higher welfare standards, smaller flock densities and inoculation, chlorine washing is routinely used in the US right at the end of the process, after slaughter, to clean carcasses. This latest study indicates it simply doesn’t work.

Antibiotic resistance adds nearly $1,400 to the bill for treating a bacterial infection and costs the nation more than $2 billion annually, according to a study yesterday in Health Affairs.

The study, which is the first national estimate of the incremental costs for treating antibiotic-resistant infections, also found that the share of bacterial infections in the United States that were antibiotic resistant more than doubled over 13 years, rising from 5.2% in 2002 to 11% in 2014. 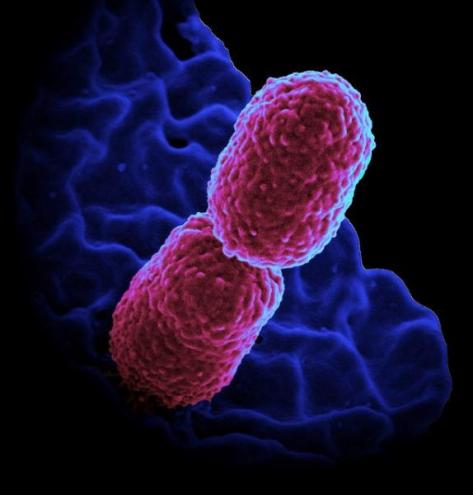 While the overall prevalence of hypervirulent, drug-resistant K pneumoniae in China appears to be low, Chen said, what he and his colleagues are worried about is that it will likely increase in Chinese hospitals, presenting clinicians with more severe infections that don’t respond to the current arsenal of antibiotics.But with few new antibiotics in the pipeline, physicians will be forced to keep using what they have, which will only hasten the further emergence of multidrug-resistant pathogens, said David van Duin, MD, PhD, an antimicrobial resistance researcher at the University of North Carolina School of Medicine. “Emergence of combined increased virulence and resistance will force doctors to treat patients even more broadly upfront with last-line antibiotics, thus inducing additional resistance,” he said.And if the rapid global spread of the resistance gene MCR-1 is any example, these types of infections won’t be limited to China. The plasmid-mediated gene, which confers resistance to the last-resort antibiotic colistin, was identified in Escherichia coli bacteria in China in 2015, and since then has been detected in more than 30 countries. Other antibiotic resistance genes have demonstrated similar ability to spread rapidly via horizontal gene transfer. The genes and plasmids, and the bacteria that carry them, know no boundaries.”Multidrug-resistant organisms in one part of the world are a threat to patients everywhere,” van Duin said.

Armed with a greater knowledge of the antibiotic resistome, scientists can devise new ways to counteract resistance to the drugs we already have and the antibiotics of the future.

Source: Inoreader – We can no longer outrun antibiotic resistance. So, here’s what we need to do instead.

The gene, known as MCR-1, was first identified in China in November 2015 in Escherichia coli samples from pigs, pork products, and a handful of human cases. It has since been detected in more than 30 countries, including the United States. The emergence of the resistance gene was believed to be connected to widespread use of colistin in Chinese agriculture. China banned use of the drug in animal feed in 2016, based in part on the findings of that study.Though there have been few cases so far of human infections involving the gene—which has mostly been found in animals—MCR-1 has become a significant public health concern because colistin is one of the few antibiotics left that can be used to treat multidrug-resistant infections. And because the gene is carried on mobile pieces of DNA called plasmids, it can be passed not only to different strains within a single family of bacteria—such as E coli—but also to different types of bacteria.Among the most worrisome scenarios is the emergence of bacteria that harbors the MCR-1 gene along with other antibiotic-resistance genes. If the superbug carbapenem-resistant Enterobacteriaceae (CRE) were to acquire the gene, for example, it could present clinicians with infections that are nearly impossible to treat with current antibiotics.

Crook also acknowledged that reducing fluoroquinolone use by 50%—as has been done in England—will be very difficult to do in the United States, since fluoroquinolones are used widely in the US healthcare system.Brad Spellberg, MD, an infectious disease specialist at University of Southern California, agrees.”We massively overuse quinolones in the US, and, unfortunately, national guidelines have helped propagate the overuse by promoting these drugs as first line for diseases where other drugs can also be used,” Spellberg said.Spellberg said fluoroquinolones should be reserved for broad-spectrum gram-negative infections, which tend to be more resistant and harmful to humans, and should be used for less harmful gram-positive infections only when other options can’t be used.”This should become a focus of change in national guidelines, in [Food and Drug Administration] approving and labeling, and in payer, regulator, and professional expected practice,” Spellberg added.