The UN body announced that over 1.4 million infections of COVID-19 are accounted for by health care sector workers, at least 10% of all cases. EU leaders have met to discuss a recovery package. The UN body announced that over 1.4 million infections of COVID-19 are accounted for by health care sector workers, at least 10% of all cases. EU leaders have met to discuss a recovery package. Follow DW for the latest.

With the world in desperate need of authoritative information, one of the foremost agencies for fighting infectious disease has gone conspicuously silent, writes Erin Smith.

With the world in desperate need of authoritative information, one of the foremost agencies for fighting infectious disease has gone conspicuously silent, writes Erin Smith.

Texas Attorney General wants religious schools to fail their children and put them at risk of being sick and infecting the parents and grandparents. 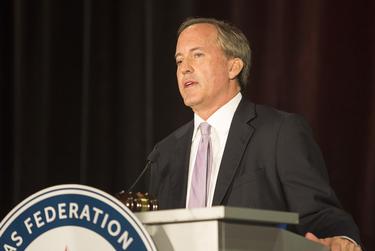 While local health officials have the authority to keep school districts closed for in-person instruction through the fall, Attorney General Ken Paxton said in a letter to schools Friday that private religious schools are are free to decide for themselves whether to reopen.

Last week, the state’s education agency released an order requiring schools to open their buildings to in-person instruction five days a week for all students who want it. Following backlash, on Friday, Texas officials said school districts will be allowed to delay on-campus instruction for at least four weeks, and ask for waivers to continue remote instruction for up to four additional weeks in areas hard hit by the coronavirus pandemic.

On Wednesday, TEA officials confirmed that school districts wouldn’t be penalized for barring students on campuses if local health officials mandated that schools stay closed, as long as remote instruction is offered.

Already local health officials in counties, including Dallas and El Paso have issued mandates barring in-person classes for public and private schools in their jurisdictions, at least through August and in some cases to the end of September.

However, Paxton in an opinion said imposing these mandates on private religious schools would violate the U.S. and Texas Constitutions and the Texas Religious Freedom Restoration Act. Religious services have already been exempted from Gov. Greg Abbott’s state-wide masking order.

On Friday, Texas education officials said schools can keep classrooms closed for longer than what was to be initially allowed.

Source: FBI Hostage Negotiator On How To Talk To Strangers About Masks: LAist

“It is alarming that the Trump Administration is preventing the CDC from appearing before the Committee at a time when its expertise and guidance is so critical to the health and safety of students, parents, and educators,” Scott said in a statement. “This lack of transparency does a great disservice to the many communities across the country facing difficult decisions about reopening schools this fall.”

As hospitals across the United States brace for a difficult six months — with the first wave of the coronavirus pandemic still raging and concerns about a second wave in the fall — some are acutely short-staffed because of an ill-timed change to immigration policy and its inconsistent implementation.

A proclamation issued by President Donald Trump on June 22, barring the entry of most immigrants on work visas, came right as hospitals were expecting a new class of medical residents. Hundreds of young doctors were unable to start their residencies on time.

Trump’s order included the H1-B visa for highly skilled workers, which is used by some practicing doctors abroad who get U.S. residency slots. The proclamation stated that doctors “involved with the provision of medical care to individuals who have contracted COVID-19 and are currently hospitalized” should be exempt from the ban, but it delegated the issuing of guidance to the departments of State and Homeland Security. That guidance has been slow and inconsistent.

The 18 states are considered to be in the “red zone” because they had more than 100 new cases per 100,000 people last week. They are Alabama, Arkansas, Arizona, California, Florida, Georgia, Idaho, Iowa, Kansas, Louisiana, Mississippi, North Carolina, Nevada, Oklahoma, South Carolina, Tennessee, Texas, and Utah

Week after week, the U.S. is setting new records for overall infections. Hospitalizations and deaths are setting records in various states. Testing problems mean the virus is likely spreading unchecked, and tens of thousands of layoffs are shifting from temporary to permanent, just as eviction protections and emergency benefits run out.

Faced with a once-in-a-generation catastrophe, U.S. President Donald Trump has adopted a clear strategy: talk about anything else.

More than eight in 10 Canadians surveyed in a new Ipsos poll said they want to keep the U.S.-Canada border closed till at least the end of 2020. Hesitation to travel during the coronavirus pandemic is also high among the respondents: 93 per cent of those surveyed in the poll, conducted exclusively for Global News, said it would be too risky to travel to the U.S. this summer.