People were demanding the resignation of an indicted prime minister who is “destroying the dreams that the country was built on.”

Thousands of demonstrators joined protests calling on Prime Minister Benjamin Netanyahu to resign near his official residence in Jerusalem and marched through the capital, while thousands more demonstrated at close to 300 locations across the country on Saturday night.
Israel Police foreign press spokesman Micky Rosenfeld put the number of demonstrators near Netanyahu’s official residence on the capital’s Balfour Street at “more than 10,000” and other reports said 13,000.

Source: Tens of thousands protest in Jerusalem, across country – The Jerusalem Post

A group that called itself “America’s Frontline Doctors” (AFD) took to the steps of the U.S. Supreme Court on July 27, 2020, in a self-described “White Coat Summit” to address a “massive disinformation campaign” regarding COVID-19, the respiratory disease caused by SARS-CoV-2.

A video recording of the 45-minute long event was promoted online as a “SCOTUS press conference” but had no clear affiliation with the high court other than being held on the footsteps of the Washington, D.C., courthouse.

Each doctor in the video is seen wearing a white coat featuring an “America’s Frontline Doctors” logo on the left side. Dr. Simone Gold, an emergency and general practice physician registered with the California Medical Board and featured in the video, described the group as “doctors, healers, and just people that want to help our nation” who represent “hundreds and thousands of doctors.” In a separate video shared to Twitter, Gold described her take on “flattening the curve” while standing in front of Los Angeles’ Cedars-Sinai hospital, discussing case rates and hospital capacity as if appearing to have an affiliation with the institution. Cedars-Sinai publicly addressed the videos saying that “there is no one by that name on the staff of Cedars-Sinai or affiliated with Cedars-Sinai.”

Source: Who Are ‘America’s Frontline Doctors’ and Dr. Stella Immanuel?

Source: Trump Says He Will Be Banning TikTok From America

Rep. Raúl Grijalva (D-Ariz.) has tested positive for COVID-19 after being in Washington, D.C., this week, becoming the latest member of Congress to be diagnosed with the disease.

“While I cannot blame anyone directly for this, this week has shown that there are some Members of Congress who fail to take this crisis seriously,” Grijalva said in a statement to the Arizona Republic.

Grijalva, who is the chairman of the House Natural Resources Committee, had been self-quarantining at his D.C., residence this week after chairing a hearing attended by Rep. Louie Gohmert (R-Texas), who tested positive for the coronavirus on Wednesday. 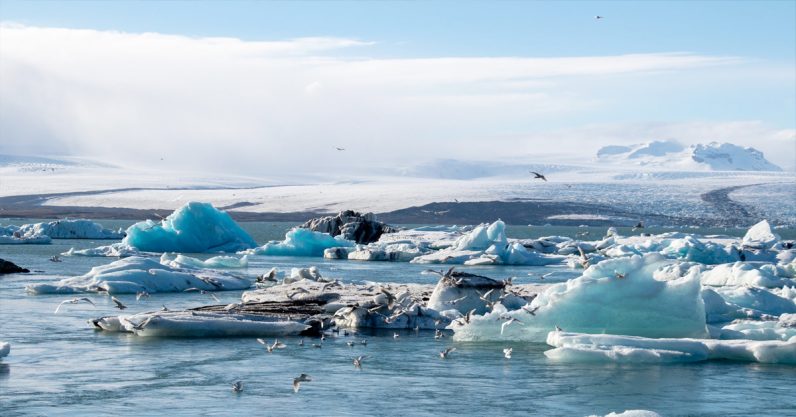 Climate change and COVID-19 are the two most significant crises faced by the modern world – and widespread behavior change is essential to cope with both. This means that official messaging by the government and other authorities is critical. To succeed, leaders need to communicate the severe threat effectively and elicit high levels of public compliance, without causing undue panic. But the extent to which people comply depends on their psychological filters when receiving the messages – as the coronavirus pandemic has shown. With COVID-19, the early messaging attempted to circumscribe the nature of the threat. In March, the WHO…

This story continues at The Next Web

“I am covered in the blood of Jesus Christ and I don’t believe in COVID, and God will never allow me to contract it,” she said. “I think it’s more of a political thing.”

Marcus Williams, who runs a camel trek on the outskirts of Alice Springs, issues an emotional plea after the reopening of NT borders mid-July.

Whether or not hydroxychloroquine ever becomes a viable coronavirus drug, the evolution of its online narrative has created a template for how to muddy the narrative around potential treatments, and especially around any potential vaccine.

Mr Lowe predicted there is going to be “a lot of craziness” as the vaccine clinical data starts to emerge.

Ultimately, however, what frustrates him most about the hydroxychloroquine hype is the vast gulf between the appealing narrative it offers and the usual way that medical science advances.

Most of the drugs that scientists develop, Mr Lowe said, for everything from cancer to coronaviruses, simply do not work. They fail.

“There aren’t very many miracle drugs.”

Source: Hydroxychloroquine is a poor coronavirus treatment but a perfect parable for our times – ABC News

The plan sounded frighteningly concrete. The group would round up political enemies and those defending migrants and refugees, put them on trucks and drive them to a secret location.

Then they would kill them.

One member had already bought 30 body bags. More body bags were on an order list, investigators say, along with quicklime, used to decompose organic material.

On the surface, those discussing the plan seemed reputable. One was a lawyer and local politician, but with a special hatred of immigrants. Two were active army reservists. Two others were police officers, including Marko Gross, a police sniper and former parachutist who acted as their unofficial leader.

The group grew out of a nationwide chat network for soldiers and others with far-right sympathies set up by a member of Germany’s elite special forces, the KSK. Over time, under Mr. Gross’s supervision, they formed a parallel group of their own. Members included a doctor, an engineer, a decorator, a gym owner, even a local fisherman.

“There was a sense of complacency, like, ‘We’re finally beyond this, it’s finally getting better,’” he said. “We were seeing our numbers go down, but the reason is because of physical distancing. It’s because people were being so careful. There was no reason to think that cases weren’t going to rise.”