Centers of Disease Control and Prevention recently said that people who are infected with COVID-19 are conferred some, albeit perhaps not lasting immunity.

“People who have tested positive for COVID-19 do not need to quarantine or get tested again for up to three months as long as they do not develop symptoms again,” the CDC said in its updated guidance. “People who develop symptoms again within three months of their first bout of Covid-19 may need to be tested again if there is no other cause identified for their symptoms.”

“With few undergraduate students living on campus, we have decided that all undergraduate courses will be virtual,” the university president said. [ more › ]

A new social media trend has taken off in Belarus: men destroying their military or police uniforms.

In clips they say they are ashamed to be linked to the security forces cracking down hard on protesters.

One, Anatoli Novitski, told BBC Russian he was astonished by the police violence.

For days there have been mass protests against the re-election of Belarus President Alexander Lukashenko. 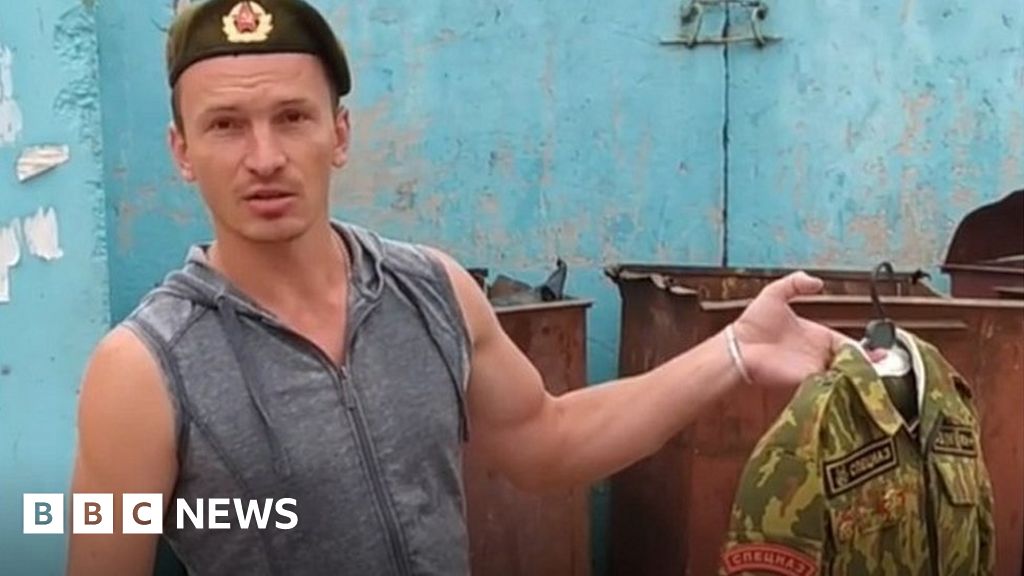 A new social media trend takes off in Belarus: men destroying their military or police uniforms.

A tearful young Lebanese woman clutches her cat to her chest — like many Beirutis, she was relieved at being reunited with her pet after the blast that ravaged the capital.

A bipartisan group of state election officials wrote to Postmaster General Louis DeJoy last week, requesting a virtual audience to discuss concerns they have regarding November’s election, but a meeting has yet to be sche…

Multiple outside groups are asking for the Senate Ethics Committee to investigate whether Johnson is violating the chamber’s rules.

The group Democracy 21 is asking the Ethics Committee to determine if Russian disinformation is being laundered through the GOP investigation. Meanwhile, the Center for Media and Democracy and American Oversight sent a request asking the panel to look into whether Johnson is violating Senate rules, arguing he is using his committee perch to carry out campaign activity. A senior adviser for American Oversight used to work for Biden when he was a senator, though the group describes itself as nonpartisan.

Nearly a third of 730 parents said they probably or definitely will choose distance learning.

Trump is a man willing to defy logic and constitutional law in an effort to otherize people who aren’t white, and he has been remarkably successful at it. When Barack Obama was running for president, Trump was busy spearheading a birtherism smear campaign to demand that Obama show the American people his birth certificate to prove he was born in the United States. He even suggested that if Obama was born in the US, the birthplace of his parents and grandparents cast a shadow over his eligibility to be president, twice. The argument is as nonsensical then as it is now but nonsense doesn’t matter because Trump used the publicity to drum up support among those who felt angry at Obama, and ride that tidal-wave of white nationalism to the Oval Office.

Stay in your own lane Z, take care of hates, nazis and traitors first!

Facebook is seeking to force a face-off with Apple over its 30% in-app purchase commission fee, which Facebook suggests hurts small businesses struggling to get by during the pandemic. From a report: Facebook has never publicly gone after Apple, a key strategic partner, this aggressively. Both companies face antitrust scrutiny, which in Apple’s case has centered on the very fee structure Facebook is now attacking. Facebook is trying to position itself as friendlier to small businesses than Apple, which also faces a lawsuit from Fortnite maker Epic Games over its commission and in-app payment restrictions. Facebook said Friday that it will launch “Paid Online Events” for small businesses in 20 countries around the world to charge Facebook users to attend their classes, instructions and other events.