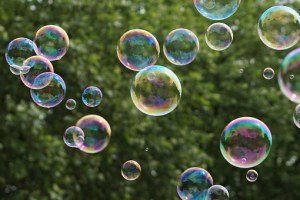 ALLONS ENFANTS DE LA PATRIE, but I wasn’t sure what the whole song said.  I looked it up and saw only the first line was really appropriate, but the beat and vigor were and are a pick-me-up!

All in response to the nytimes news that New York is fighting back!  I hadn’t thought there was any place left to move, but if I were a tad younger I like to hope I would hit the road:

The big news is that New York just passed a law to prohibit hand guns in subways, buses, parks, hospitals, day cares, Times Square and private property unless the property owner expressly okays it. The state legislature also initiated the move to protect abortion rights, but the process will require time.  Do read the original article.

Being free is my birthright Free will is our true might, I am not about to surrender it I will never give it up and submit, To do that would be an absurdity There’s nothing you can offer to buy from me, It’s the final bastion of my authenticity It defines my individuality, And shines […]

The court’s most immediately lethal decisionremains Dobbs v. Jackson Women’s Health Organization, which overturned Roe v. Wade. But do not let Dobbs distract from the onslaught that followed it. If anyone still doubted that the Supreme Court served as the nation’s chief policymaking institution after Dobbs, Thursday should put that to rest. The court is ruthlessly efficient, putting our gridlocked Congress to shame with its speedy and definitive resolution of the most pressing issues facing the country today. It does not require hourslong hearings or endless negotiations to operate. The six-justice conservative majority chooses which conflicts to prioritize, takes up cases that present them, then picks a winner, nearly always for the benefit of the conservative movement and the Republican Party.

Consider the issues that SCOTUS has resolved this term—the first full term with a 6–3 conservative supermajority. The constitutional right to abortion: gone. States’ ability to limit…

According to evidence presented to the court, on or about the evening of April 21, 2020, Desadier, who was at the time a uniformed officer with the Monroe Police Department (MPD), used unreasonable force by kicking an arrestee in the face. The incident occurred shortly after midnight, when MPD officers overheard an alarm system activate, and Desadier and other officers detained a man for questioning. When officers discovered drug paraphernalia on the man, the man ran from the scene and officers gave chase. Approximately a block away, a patrolling MPD officer caught up to the man and ordered him to the ground. The man complied, by lying flat on his stomach and putting his hands behind his back. As that officer approached and prepared to handcuff the man, Desadier ran up to the scene and kicked the man in the face as he lay face-down on the ground with both hands behind his back.

Desadier admitted in court that his assault on the victim was without justification, as the man did not present a threat to any officer or other person on the scene. Desadier also admitted that he knew, at the time, that his actions were unjustified and unreasonable under the circumstances.

“First, we developed biodegradable porous microneedles made of polylactic acid that draws up the ISF from human skin,” notes senior author Beomjoon Kim. “Then, we constructed a paper-based immunoassay biosensor for the detection of SARS-CoV-2-specific antibodies.”

By combining the two, researchers were able to make a small patch that can detect COVID antibodies within three minutes, according to laboratory tests. Study authors say their invention represents a rapid and safe way of screening for coronavirus. It could also provide a cost-effective way of testing for COVID in lower income countries.

Source: New COVID test can detect the virus in 3 minutes without a blood sample – Study Finds

“We still have a window of opportunity to contain the virus,” said Zain Rizvi, who studies access to medicines at the advocacy group Public Citizen. “But that means that everyone who needs access to the vaccine needs it now.”

If the number of cases continues to rise unchecked, he warned, monkeypox may become permanently entrenched in several countries, leading to outbreaks for years to come.

The global count has risen to about 5,500 cases, and at least another 5,000 are under investigation. Cases in Europe have tripled in the last two weeks, according to the World Health Organization. The United States has identified 400 monkeypox cases, but the real number is believed to be much higher — and the number of at-risk people orders of magnitude larger than that.

Source: NJ finalizes abortion refuge for out-of-staters, protecting them and their doctors from extradition – Gothamist

There is no room for complacency around the monkeypox outbreak, the World Health Organization has said, noting that cases in Europe have tripled in just over two weeks, with some infections identified in children.

In a statement issued on Friday, Dr Hans Kluge, the WHO regional director for Europe, called on governments and the public to increase efforts to prevent the disease from extending its geographical reach. “Urgent and coordinated action is imperative if we are to turn a corner in the race to reverse the ongoing spread of this disease,” he said.

According to Kluge, more than 90% of confirmed cases in the latest outbreak have been in the Europe region, with cases reported in 31 countries and areas. He said confirmed cases across the region had more than tripled since 15 June, reaching more than 4,500.

Source: No room for complacency over monkeypox, says WHO | Monkeypox | The Guardian

Source: ‘We should not be complacent’ over COVID-19 rise on the continent, WHO Europe chief says | Euronews