Boris Johnson is expected to scapegoat the head of the civil service Simon Case this week in a desperate effort to save his own job, as both men face stinging criticism in a report into lockdown-breaking parties in Downing Street.

The long-awaited findings of the senior mandarin Sue Gray will, according to several sources, lay particular blame on Case, the UK’s most senior civil servant, for allowing a drinking culture to develop in which rule-breaking parties became commonplace during lockdowns.

One senior Whitehall figure who has seen sections of the report said it could also prove more damaging for Johnson than the fine he was given in April for attending his own birthday party, because it will make clear the PM’s involvement in several other events which may have breached rules, but for which he was not fined.

“From my expectation of what I know it will be the real deal. There will be detail. There will be evidence. She is going to say this is under your watch, this is your house, all that kind of stuff,” the source said.

Senior officials are braced for Case to be so heavily criticised that he will have to offer his resignation, or be sacked by Johnson, in order for Johnson to be able to say he has acted decisively and learned lessons.

“That is probably why he [Case] is still there [and not moved from his post already],” said one source. “Because Johnson needs a body.” If Case were to be lose his job, however, it would mean that a civil servant who has not been fined would have lost his job, while the prime minister, who has been fined, keeps his.

Starbucks is one of the companies in Chile with the most fines for anti-union practices. All of that was conceived in Seattle, not in Chile. It was devised in the headquarters, where they are devising the tough campaign that you are experiencing now.

In Chile we had to negotiate with a company that did not bargain collectively. They would not move, despite our 30-day strike in 2011—including a 12-day hunger strike by myself and two other leaders. The company offered no raises, no improvements to conditions. It was a very tough battle. We had to fight for years against dismissals by the hundreds.

These companies believe that, by crushing the will to organize, they can continue to apply their business model without any counter-weight. Luckily, the student movement made it possible for us to resist.

If there is one piece of advice I can give, it is that you have to be very persistent.

I started in this 12 years ago, when I was 23 years old and was elected union president. It took us from 2009 to 2015 to get the first passably decent collective contract. We used all different types of strategies—legal strategies, demonstrations, strikes that paralyzed stores, even an international complaint to the OECD [the Organization for Economic Cooperation and Development].

Today I can say that we managed to twist the arm of a colossus. After 12 years, we have a collective bargaining agreement and we are getting raises that exceed 12 to 20 percent of salaries. We have gotten Starbucks—which never closes, at least in Chile—to close on May 1, International Workers’ Day, something we are very proud of.

We now have around 50 percent of the workers in the union, and we hope that this new contract allows us to advance to 75 or 100 percent, and, in three years, that we can be even more powerful in negotiations.

Source: ‘You Have to Be Very Persistent’: Lessons from the Starbucks Union in Chile | Labor Notes 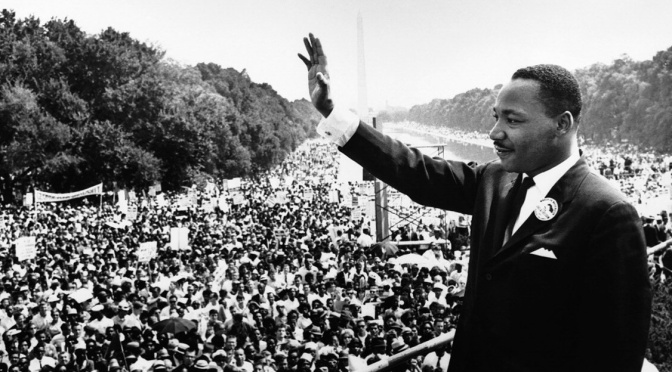 This famous speech made by Dr. King, treated as a sacred text: MLK3speechHillelCommentaryStudy  was what, among other things, inspired me to write my first practice novel.  To paraphrase a recently retired Park Service Ranger,  what gets remembered is often a function of who’s in the room.

That is why everyone, I feel, should write an autobiography and/or a novel, as I call for the Serving Adults and other volunteers to help with, in Phase IV of #ProjectDoBetter.

My first practice work, an unreadable Biblical Science Fiction/Fantasy novel, Creator Friend or Foe: Beginnings,  can be available, if anyone wants to torture themselves with it, but I recommend my second practice novel, instead, as more readable: Hubris and Hemlock.

On Thursday, the Republicans began their annual CPAC (Conservative Political Action Conference) meeting … in the nation of Hungary, not here in the …

Orbán Is Teaching, Republicans Are All Ears