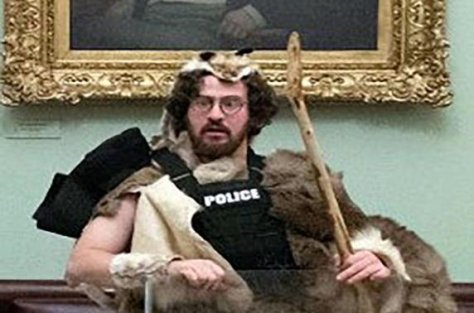 The son of a New York City judge who dressed as a caveman when he participated in the Jan. 6, 2021, insurrection at the U.S. Capitol was sentenced Friday to eight months in prison.

Brooklyn resident Aaron Mostofsky, 35, was arrested in January 2021 and pleaded guilty a year later to a felony charge of civil disorder, and misdemeanor charges of theft of government property and entering and remaining in a restricted building or grounds.