In the original video, three copies of a Sims video game were shown laid out on the bed, as well as a book containing a menacing inscription, stating in part: “Kill to live and live to kill,” signed with the name of “Signature unclear.”

Social media users were quick to point that the SIMS game and “Signature unclear” could be signs that the arrest was part of an FSB hoax gone wrong, pointing out the directives for setting up the scene of the crime might have included planting three SIM cards and signing the book with an indiscernible signature—and that these instructions might have been misunderstood or taken too literally by the agents. Perhaps realizing their agents have flubbed, official videos posted by the FSB on its YouTube channel excluded the book and blurred the images of the SIMS video games.

Despite obvious holes in the official narrative of the so-called assassination plot, the Kremlin appears to be sticking with its story. On Monday, director of the Russian Federal Security Service Alexander Bortnikov told Russia’s Rossiya-1 channel that a group of six Russian neo-Nazis were indeed planning to kill state TV host Vladimir Solovyov on the orders of Ukraine’s Security Services.

When I didn’t respond, he picked me up. For a moment he had no idea what to do. Sirens were going off and bombs were falling. “What do I do? He screamed.

He saw a dim light that was over the door of the church. He ran there praying that the bombs would fall somewhere else.

“Are there any medical people?” He said with a panic that none of our team had ever seen.

Olga grabbed his hand and without a word directed him to a quiet area where there was a cot.

“We need to set her down in quiet and not too much light.” Our friend who had medical training told me. “Her vitals are strong. I think she has a concussion and hopefully will revive.”

Unfortunately, hospitals were one of…

No matter how you feel now about masks, you should be alarmed by her decision. Judge Mizelle’s ruling could prevent the federal government from effectively and nimbly responding to future pandemics. And long after this pandemic has faded, her approach and rationale could undermine the federal government’s authority to confront other big problems, from occupational health and safety to climate change.

The Biden administration has appealed the decision to the U.S. Court of Appeals for the 11th Circuit, but that carries its own risks. Six of the 11 active judges on that court are Trump appointees. A loss there by the Justice Department could permanently weaken the government’s authority to respond to health emergencies.

Up until very recently, the statutory authority of the Centers for Disease Control and Prevention to try to curb the interstate or international transmission of an infectious, deadly disease was not in doubt. The Public Health Service Act authorizes the C.D.C. to “make and enforce such regulations” that in its “judgment are necessary to prevent the introduction, transmission or spread of communicable diseases.”

The law provides that the C.D.C. can enforce “sanitation” and “other measures” to achieve this goal. The transportation mask requirement is crucial to the agency’s ability to meet its congressional mandate because travelers in a pandemic can unknowingly carry a virus across the country, dispersing it along the way.

Weigel was born with Complete Androgen Insensitivity (CAIS), meaning that her body does not respond to androgens. In infancy, doctors removed her testes, resulting in a complete hormone withdrawal. When she was a young child, she developed menopause. In her early teens, she was put on hormone treatments to make up for the fact that she did not have hormone-producing organs. She now lives with osteoporosis because years without hormones caused decreased bone density.

“People are always like, ‘I’ve never met an intersex person,’ but chances are you have—you just didn’t know it,” Weigel said. “Because if you met me, you would never know unless I told you, and oftentimes, we’re so closeted because we’ve experienced so much trauma.”

Alex Bramham, standing for election in Manchester, tweeted an image suggesting the UK being ‘invaded’ by trans, intersex, Black and brown people 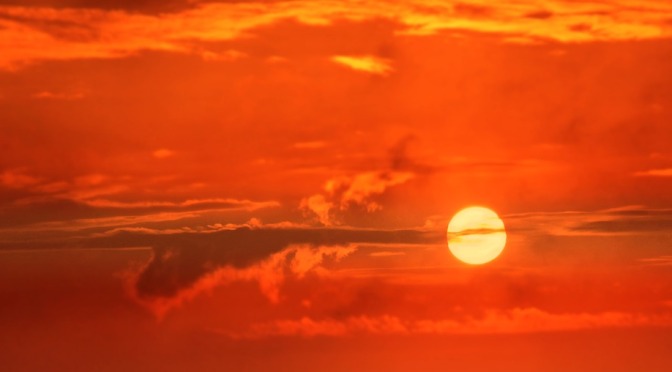 enthralled and divined
while feelings keep coming up

yet
they keep marching towards the top

while basking in the glory of the known
and unknown

and everything in between the things we’ve been
shown

Jeff grew up in Los Angeles and now lives in Corvallis, Oregon, where he works in
Educational Leadership. Jeff’s interests and passions include personal and professional
development, developing new ways to increase access to higher education, and creating
inspiration, transformation, and more equity throughout society. You can read more of
Jeff’s poetry at Develop. Inspire. Transform, and on Twitter.

About Us – Submission Guidelines
Monthly…

” As verdades e as quimeras.