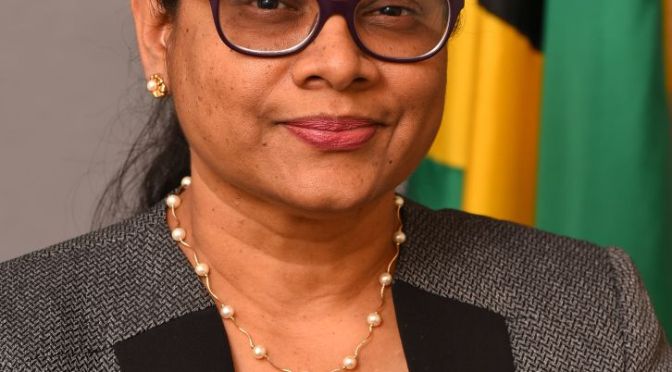 Following the publication of an interim guidance on vaccination for immunocompromised individuals by the World Health Organization (WHO), the Ministry of Health & Wellness has advised that it will effective immediately implement the recommendation and administer an additional dose of the COVID-19 vaccines to Jamaicans, who are classified as immunocompromised according to WHO’s guidance.

The WHO has defined immunocompromised individuals as persons with immuno-compromising conditions and those receiving immunosuppressive treatment. These include persons with active cancer, transplant recipients, immunodeficiency, HIV and immunosuppressives. More details are published on the Ministry’s website (see table below).

According to Chief Medical Officer, Dr. Jacquiline Bisasor McKenzie, “The recommendation applies to persons who are moderately to severely immunocompromised and are in the vaccine-eligible age group. These persons are required to obtain a letter…

With approval of Pfizer’s COVID-19 vaccine for kids possible soon, the push is on to ensure parents with questions to get accurate information as they make their decisions.
— Read on globalnews.ca/news/8355646/covid-19-vaccine-for-kids-information/

There’s been progress – but huge hurdles remain to be cleared in the final week of talks in Glasgow.
— Read on www.bbc.com/news/science-environment-59193769

A missing North Carolina girl has been found by law enforcement after she used a hand signal popularized on social media platform Tik Tok to indicate she was in trouble.
— Read on www.upi.com/Top_News/US/2021/11/06/teen-rescued-tik-tok-hand-gesture-domestic-violence/5771636247307/

“The spending is mostly paid for — without raising taxes. The bulk of the funding comes from repurposing unspent coronavirus relief money and tightening enforcement on reporting gains from cryptocurrency investments.”

An additional $65 billion will fund broadband Internet, with new statements on the White House web site hailing the bill as “a once-in-a-generation investment in our nation’s infrastructure and competitiveness” and “the largest investment in public transit in U.S. history.”

This Bipartisan Infrastructure Deal will rebuild America’s roads, bridges and rails, expand access to clean drinking water, ensure every American has access to high-speed internet, tackle the climate crisis, advance environmental justice, and invest in communities that have too often been left behind. The legislation will help ease inflationary pressures and strengthen supply chains by making long overdue improvements for our nation’s ports, airports, rail, and roads. It will drive the creation of good-paying union jobs and grow the economy sustainably and equitably so that everyone gets ahead for decades to come. Combined with the President’s Build Back Framework, it will add on average 1.5 million jobs per year for the next 10 years.
Or, as U.S. president Biden said in his own statement, the newly-passed bill “will create millions of jobs, turn the climate crisis into an opportunity, and put us on a path to win the economic competition of the 21st Century.”

To address the climate crisis, the legislation “will upgrade our power infrastructure, by building thousands of miles of new, resilient transmission lines to facilitate the expansion of renewables and clean energy, while lowering costs,” according to the White House’s statement. “And it will fund new programs to support the development, demonstration, and deployment of cutting-edge clean energy technologies to accelerate our transition to a zero-emission economy.” Source: US Passes Massive Infrastructure Bill, Investing in Clean Energy, Electric Cars, and Broadband Internet – Slashdot