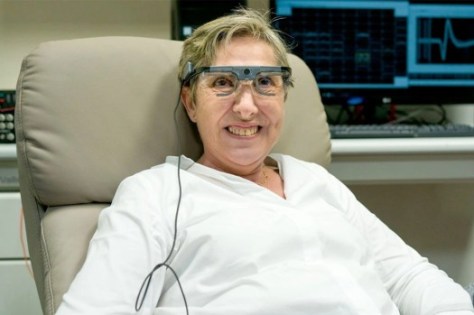 Researchers have successfully created and tested a form of artificial vision. After receiving a brain implant, Bernardeta Gómez, 57, was able to identify simple letters, lines and shapes – and even managed to play a simplified version of the game Pac-Man.

Gómez lost his sight 16 years ago due to an injury to the optic nerve called toxic optic neuropathy. In unprecedented use of technology, the team of researchers implemented an arrangement of 96 microelectrodes, 4 mm by 4 mm, in the visual cortex of the former biology teacher, to make her see.

During the experiments, Gómez wore special glasses, equipped with a camera. The visual data collected by the glasses were encoded and sent to the electrodes. They directly stimulated the volunteer’s brain, which transformed electrical signals into images.