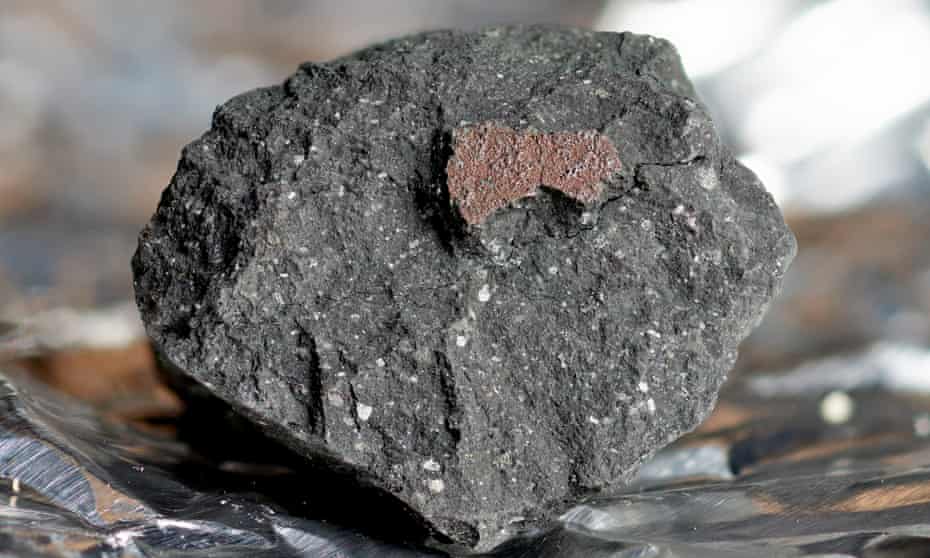 A woman in Canada awoke in shock earlier this week when a rock crashed through the ceiling of her home and landed on her bed, narrowly missing her but spraying grit and other debris on her face, as her dog barked frantically.

Police were called and the culprit was initially suspected to be a construction site nearby, where work must have sent the fist-sized projectile onto the woman’s pillow. But when the construction workers said they had not set any blasts – but had just seen an explosion in the sky – the consensus quickly became that the rock was a meteorite, the Canadian Press reported.

Ruth Hamilton had been fast asleep in Golden, a small town amid the Rocky Mountains, in British Columbia, on 3 October when her dog began barking and she woke with a start.

“I’ve never been so scared in my life,” she said. “I wasn’t sure what to do so I called 911 and, when I was speaking with the operator, I flipped over my pillow and saw that a rock had slipped between two pillows.”

It turned out there had been a meteorite shower in the skies above the western Canadian region that night. Hamilton plans to keep the space rock and is very relieved she wasn’t injured.

Source: Meteorite crashes through roof of Canada woman’s home and on to bed | Canada | The Guardian

This site uses Akismet to reduce spam. Learn how your comment data is processed.