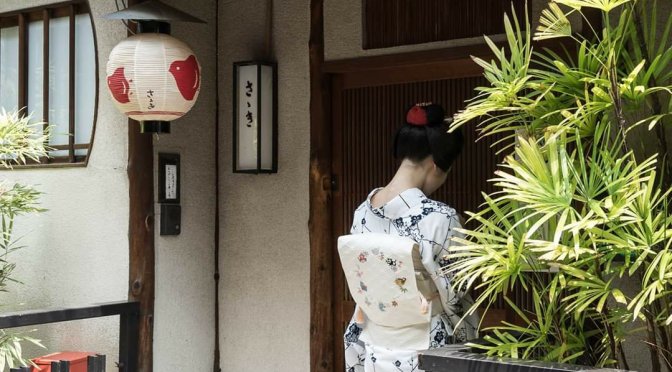 There were immediate predictions that the move would backfire, that it would only stiffen vaccine resistance. Indeed, some surveys suggested that as many as half of unvaccinated workers would quit their jobs rather than take their shots.

But such threats are proving mostly empty. Many state and local governments and a significant number of private employers have already imposed vaccine mandates — and these mandates have been very successful. Compliance has been high, and only a relative handful of workers have quit or had to be fired.

To understand why vaccine mandates seem to work so well, we need to think about the real nature of vaccine resistance. Most of the people refusing to take their shots don’t really believe that the vaccines contain tracking microchips or that they have severe side effects.

Instead, everything we’ve seen suggests that many vaccine resisters are like the people who in the past raged about seatbelt laws and bans on phosphates in detergents, or more recently refused to wear masks.

Flu jabs are safe to give at the same time as the Pfizer or AstraZeneca Covid vaccines, according to the first clinical trial to investigate co-administering the shots in a single appointment. While some people experienced more side-effects with certain combinations of flu and Covid shots, the ailments were mainly mild to moderate, the study found. The most common side effects included pain at the injection site and temporary fatigue, headache or muscle pain. Blood tests on the trial volunteers suggest there was no negative impact on the immune responses to either flu or Covid vaccines when the shots were given one after the other, in opposite arms, though one of the flu vaccines, FluBlok by Sanofi, appeared to be more potent when given alongside the Pfizer jab.

Source: Flu and Covid jabs safe to be given at same time, study finds | Vaccines and immunisation | The Guardian

Two Vancouver-based Métis lawyers are calling for an upheaval of B.C.’s child welfare system, claiming it prioritizes the removal of Indigenous children from their homes rather than encourages internal conflict-resolution within Indigenous families.

In all honesty, it’s the only thing I am trying to give people any “credit” for. Are these anti-vaxxers and anti-maskers, trying to humanise a virus?

Every time I hear one of them speak. They keep acting like somehow the virus will just go away on it’s own, or it wont affect them or their “loved ones”. It’s weird to see. Does anyone else see it too? When I first started to write this post, I had things to show, but since I started this post last week…I knew that I should have just posted the links.

Too myself anyway, some people act like the virus wont affect them, if they just wish hard enough…and that’s not how viruses work.

This guy was diagnosed with COVID, and then the next day, collapsed. He ended…

George Frayne, who as leader of Commander Cody and His Lost Planet Airmen enjoyed a cult following in the 1970s with such party and concert favorites as “Hot Rod Lincoln” and “Smoke! Smoke! Smoke! (That Cigarette),” has died.

Frayne died Sunday in Saratoga Springs, New York, according to his wife Sua Casanova, who did not immediately provide further details. He was 77 and had been diagnosed with cancer several years ago.

“As I lay my head upon his shoulder/George’s soul took to flight/I am heartbroken and weary/And I know your hearts break too,” Casanova wrote last weekend on her Facebook page.

Formed in 1967, Commander Cody and His Lost Planet Airmen drew upon influences ranging from Western swing to jump blues. They became a popular touring and recording act during the first half of the 1970s, getting around the country in a converted Greyhound bus. They specialized in uptempo remakes, notably the top 10 hit “Hot Rod Lincoln”; “Smoke! Smoke! Smoke! (That Cigarette),” a novelty song from the 1940s; “Beat Me Daddy, Eight to the Bar” and “Diggy Liggy Lo.” The sound was country-rock boogie and the mood lighthearted and ready to get wild, as defined by Frayne’s witty talking-blues vocals.

The opening ballad is a hard trick to pull off on an album. Carlile usually goes with folky barnburners like ‘Wherever Is Your Heart’ on The Firewatcher’s Daughter or ‘Looking Out’ on Give Up the Ghost to jumpstart her LPs, and even when she slows it down, there’s still an underlying drive, like on ‘Every Time I Hear That Song’ on By the Way, I Forgive You. But ‘Right On Time’ is slow, deliberate, and emotional, daring you to flinch at the lack of flash or propulsive energy. It sets an appropriate mood for the forthcoming album, one that will hop genres and subvert expectations for fans and newbies alike. Source: Brandi Carlile shines and lingers on ‘In These Silent Days’

most Haitians who reached the U.S. border were not fleeing these recent challenges. They are, instead, part of a generation of Haitians who have migrated since their country’s devastating 2010 earthquake, which caused more than 217,000 deaths and left more than 1.5 million homeless. Many of these migrants first attempted to settle in Brazil, then Chile, then went to countries farther north, as local conditions changed and grew increasingly inhospitable. The relaxation of COVID-19-related border restrictions has eased their path northward in 2021, and the election of President Joe Biden may have led to some perceptions that migrants would be permitted to enter the United States. Propelled by these push and pull factors, thousands of other Haitians in South America appear to be poised to undertake the arduous, often dangerous journey to reach the United States. Source: Article: Haitian Migration through the Americas: A.. | migrationpolicy.org

The eight measures signed into law by Newsom include raising the minimum age for police officers from 18 to 21, and allowing their badges to be permanently taken away for excessive force, dishonesty and racial bias.

In addition, the new laws set statewide standards on law enforcement’s use of rubber bullets and tear gas for crowd control, and further restrict the use of techniques for restraining suspects in ways that can interfere with breathing.

Newsom’s approval of the slate of sweeping new legislation in California comes in contrast to a lack of progress made on police reform efforts in Congress, where bipartisan negotiations on law enforcement accountability measures recently reached an impasse after months of negotiations.