startling new report released this week by the Center on Juvenile and Criminal Justice finds that, when recent crime numbers are broken down by California counties, and then further broken down by counties that voted Democratic in the 2020 presidential election, and those that voted Republican, the 23 right-leaning counties turned out to have higher rates of violent crime, including homicides, than the counties that tend to vote democratic. Source: Startling new report shows CA’s Republican-voting counties have higher rates of violent crime than the state’s Dem-voting counties |

Source: Hundreds rally in Vancouver in support of Afghans amid Taliban takeover | Globalnews.ca 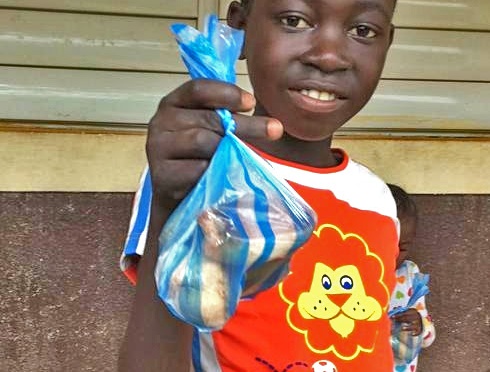 Jérémie is a town with a population of around 97,000. It is a lovely seaside town on the peninsula of south-west Haiti – that long toe that sticks out at the western end of the island of Hispaniola, very close to our island, Jamaica. It is the capital of the Department of Grand’Anse.

Jérémie and Les Cayes were badly damagedby a 7.2-magnitude earthquake on August 14. Buildings collapsed and people were caught under the wreckage. Sadly, the earthquake also affected the beautiful, forested Pic Macaya, the nearby National Park named after the second highest mountain in Haiti, causing landslides. Up until a week ago, according to reports, rescue operations were going on to pick up survivors in that area.

There were more than 5,000 new COVID-19 cases reported in the state today, according to the Ohio Department of Health, marking the highest daily total since January.

Source: COVID-19 cases in Ohio continue to trend up while hospitalizations stay down

Can we be adherents to the sanctity of life and still practice selective extermination? © Norma Bobb-Semple 2021

Deadline for getting evacuees out of Afghanistan is 31 August

This list of 25+ packable vegetarian lunch ideas for work or school will help you get out of the same-old-lunchbox-meals rut!

Tens of thousands of US local staff have been evacuated, but so far only about 1,200 of these have actually arrived in America. The American government says Germany is just a transit country, but it is still unclear where the refugees currently waiting in Ramstein will be taken next.

The US government apparently aims to distribute as many local staff as possible to third countries around the world until their visa applications have been checked and approved. Late last week, US Secretary of State Anthony Blinken announced that 12 partner countries had already agreed to accept US local staff for this purpose: Albania, Canada, Costa Rica, Chile, Kosovo, North Macedonia, Mexico, Poland, Qatar, Rwanda, Ukraine, Uganda and Colombia.

Source: Why the US is parking local Afghan support staff in third countries | Asia | An in-depth look at news from across the continent | DW | 28.08.2021

“There’s a feeling that finally we can breathe; we can start trying to get back what we’ve lost,” said Devi Sridhar, the head of the global public health program at the University of Edinburgh. “It’s really difficult to ask people not to mix for a prolonged period, especially if there is no solution.”

New York City already had a mask mandate in place for its public school system, which returns September 13th.