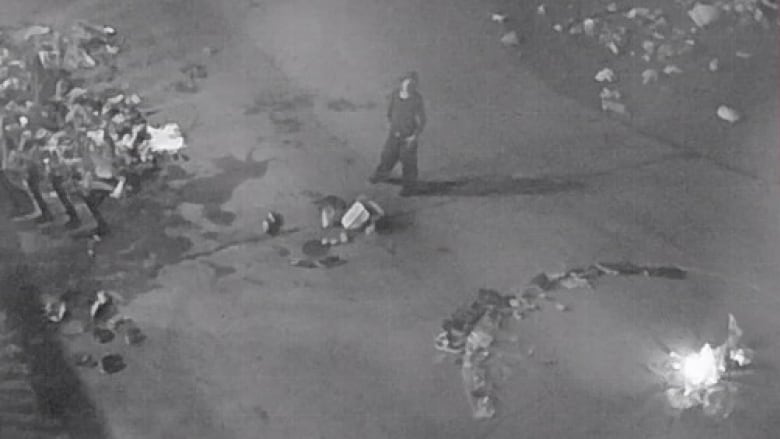 Brantford police are looking for a vandal who spent more than four hours Friday night damaging a memorial to Indigenous children who died at residential schools.

The lone suspect, caught on surveillance footage, arrived at the Woodland Cultural Centre in the Ontario city — at the site of a former residential school — at about 10:30 p.m. ET Friday. Over the next four hours, the person set fire to numerous items left there to commemorate victims of the residential school system.

Children’s shoes were placed in front of the Woodland Cultural Centre after the remains of an estimated 215 children were detected in unmarked graves near the site of a former residential school in Kamloops, B.C., in May.