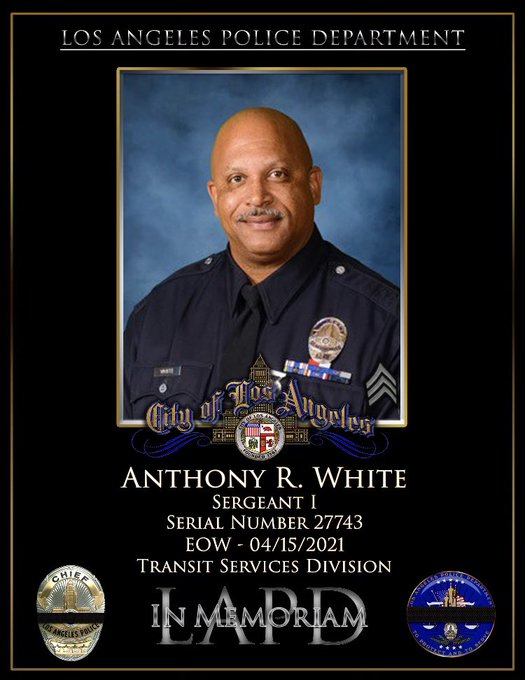 A 31-year veteran of the Los Angeles Police Department died Thursday night of complications from COVID-19. A total of nine members of the force — seven sworn officers and two civilian members — have now died from the disease.

Sgt. Anthony White, supervisor in the Transit Services Division, began his career with the department in 1990, officials said.

On a much smaller scale, specialty cheesemakers like Blue Heron Creamery in Vancouver, British Columbia; the Herbivorous Butcher in Minneapolis; and Vtopian Artisan Cheeses, in Portland, Ore., are pushing the limits of those fermentations to create vegan cheeses with flavors and textures I’d previously thought impossible.

To make that ashy-centered Barn Cat, Stephen Babaki of Conscious Cultures Creamery, in Philadelphia, inoculates the surface with various strains of Penicillium candidum, typically used to ripen Camembert and Brie, then ages it for two to three weeks.

In a letter published in The Lancet, a group of scholars argue, with an extensive review of the available evidence, that the primary mode of transmission from human to human of the virus responsible for Covid-19 is via aerosols, not through larger particles called droplets or through fomites (transfer from surfaces). Here are three of their ten reasons why: Source: Case Closed: SARS-CoV-2 Spreads Primarily by Aerosols

Another horror for the account of this mismanagement … In this report, health professionals report the lack of intubation kits … the indescribable pain of patients and their own despair at being unable to do anything. It also tells us that the federal mismanagement has refused to buy inputs several times, without deigning to explain. Nobody deserves to go through this, nobody

The book is called Hear My Voice (Escucha Mi Voz) and it features the testimonies of children who have been detained at the U.S.-Mexico border. The powerful words are only emphasized by the incredible artwork produced by Latinx artists who capture the heartbreaking and frightening things that children see and hear when they are in the custody of the U.S. government.

“This book offers an opportunity to better understand human migration and children’s rights by compassionately introducing this difficult topic while providing an urgent call to action and simple steps to help,” Project Amplify said about the book. “We know that our policymakers will only move forward with important changes to immigration policies if engaged citizens continue to demand action.”

As Germany struggles with its third COVID-19 wave, company doctors have said they could help accelerate the rollout of vaccination campaigns. But politicians have yet to give them the go-ahead. Source: Coronavirus: Germany′s company doctors ready to vaccinate | Germany| News and in-depth reporting from Berlin and beyond | DW | 16.04.2021