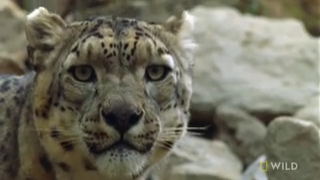 Richard Adams describes General MacArthur as “quite a guy.”

In commemoration of the 75th year of World War II in the Philippines, one of its heroes returned. Richard “Dick” Adams visited Corregidor once again, but this time, he did not parachute out of a C-47 plane to land on the towering trees of the Rock. The 98-year-old understandably opted to ride a ferry.

He was recently, poignantly, at the MacArthur Suite of the Manila Hotel, in a room dedicated to Gen. Douglas MacArthur, who led the American and Filipino troops in liberating the country from Japanese occupation. MacArthur actually stayed in that suite for six years, as Manila Hotel’s honorary general manager.

It was a time of fear across the country as Japanese forces ravaged Manila and the countryside. People clung to MacArthur’s words, “I shall return,” which he said after he was forced to abandon the Philippine island fortress of Corregidor under orders from U.S. President Franklin Roosevelt in March 1942. Left behind at Corregidor and the Bataan Peninsula were 90,000 American and Filipino soldiers, who, lacking food, supplies, and support, would soon succumb to the Japanese offensive.

Ohio reported an increase of 1,156 coronavirus cases in K-12 students and 477 in staff for the week of Feb. 22, the week before schools were mandated to return to in-person or hybrid instruction in exchange for staff receiving vaccines.

The increase was slightly down from the week of Feb. 15, with an increase of 1,450 new student and 510 staff cases. The Feb. 22 increases, reported Thursday, bring totals to 40,250 student coronavirus cases and 22,477 staff cases since Sept. 7, when Ohio instituted reporting guidelines. Schools or districts report cases to health departments.