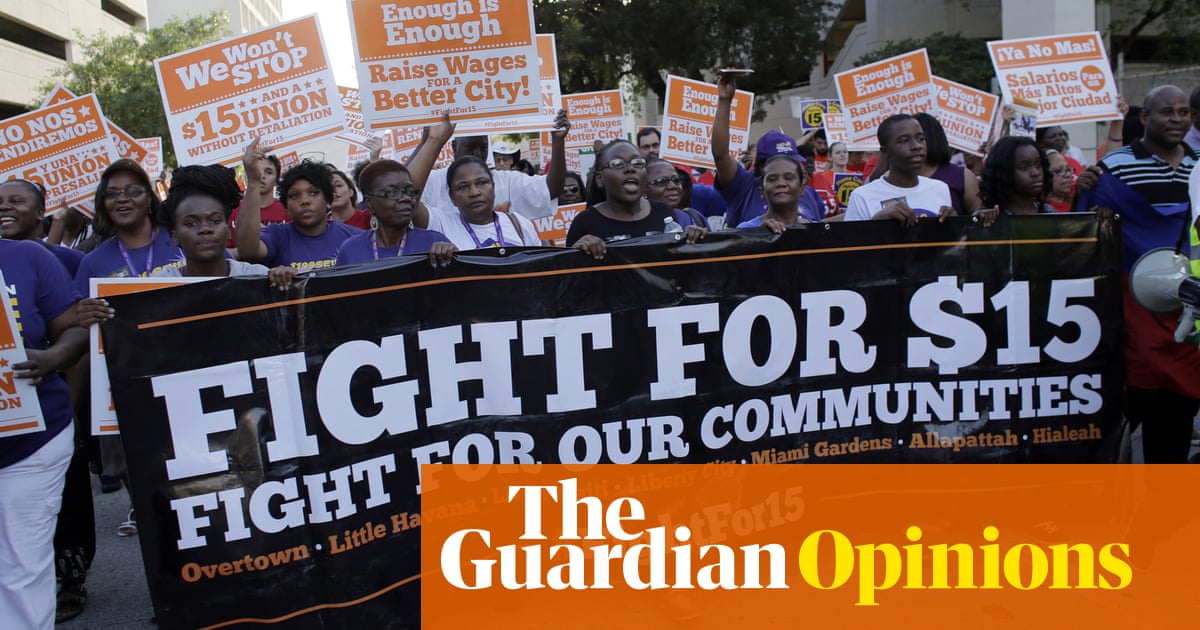 The US has the lowest minimum wage of all G7 nations, in terms of purchasing power, and the third-highest poverty rate in the OECD

There’s one important aspect of the fight for a $15 minimum wage that is little understood: the fight isn’t so much about raising pay for a few million workers. Rather it’s about the far more ambitious goal of putting the US economy on a higher road, on a different track from being a low-wage economy. In Europe, many people scoff at the US as a country of low-wage McJobs with paltry benefits – often no paid sick days, no paid vacation and no health insurance. In Denmark, a McDonald’s hamburger flipper averages $22 an hour (with six weeks’ paid vacation), while in the US, fast-food jobs pay half that on average.

You might wonder: how can the United States, the world’s wealthiest nation, be a low-wage economy? Of the 37 nations in the Organization for Economic Cooperation and Development, the unofficial club of rich and near-rich nations, the US has the third-highest percentage of low-wage workers, with nearly one in four workers defined as low-wage. Only Latvia and Romania are worse. (That study defines low-wage as earning less than two-thirds of a nation’s median wage.) In another study, Brookings found that 53 million Americans hold low-wage jobs, with a median pay of $10.22 an hour and median annual earnings of $17,950.