I hope that all of my readers are healthy and safe, regardless of where you are. So, in last week’s COVID update post, I lamented about the lack of vaccine availability for my parents, even though they live in a place where COVID is a major issue. That situation has changed significantly, and evidence of […] 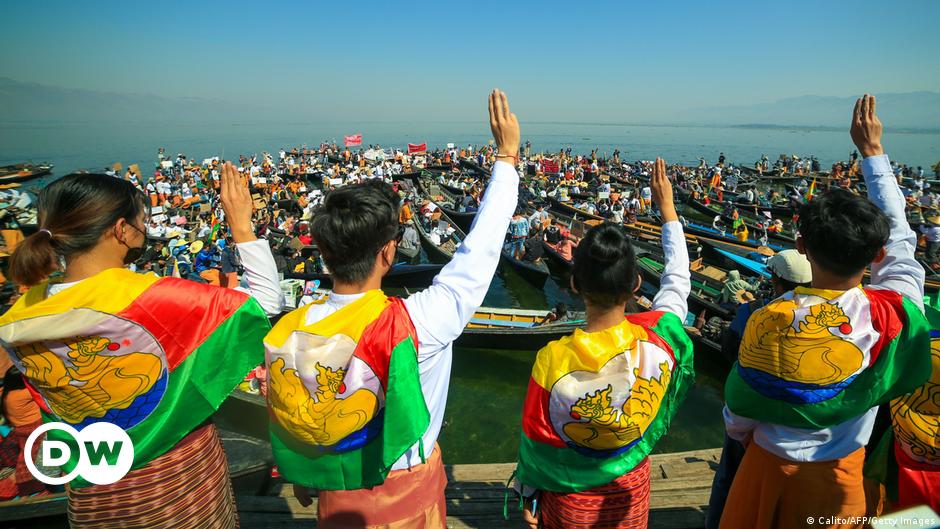 Myanmar is a diverse country with a history of ethnic tension. Could the coup bring minority groups and mainstream society together under the common cause of opposing the military?

There have now been more than 2.5 million deaths linked to the COVID-19 pandemic, Johns Hopkins University says, and more than 130 million people have received at least one vaccine dose around the world so far. Follow live. 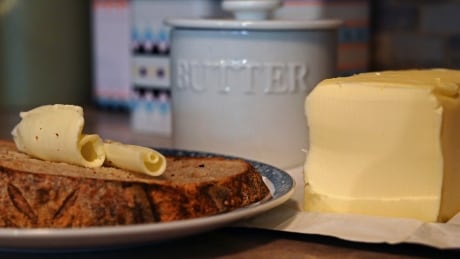 After news coverage of butter becoming harder to melt, possibly due to palm oil additives in cattle feed, the Dairy Farmers of Canada association is recommending that producers stop the practice for the time being. 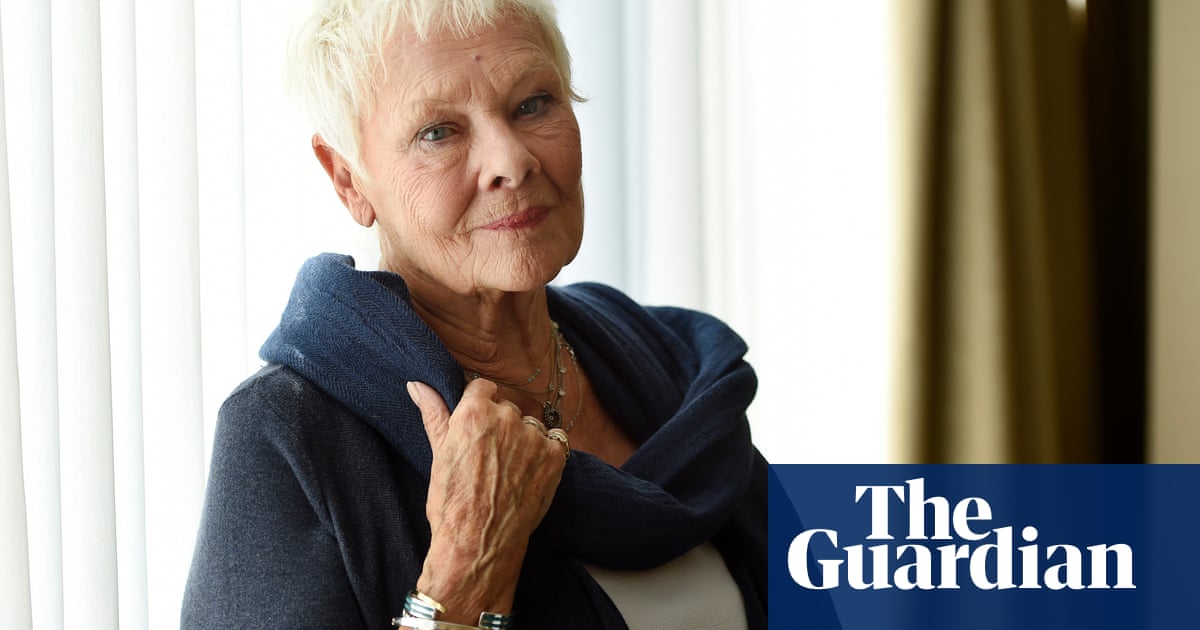 Dame Judi Dench has spoken of her determination to carry on working despite sight loss, even if that means using friends to learn lines and being gently told to stop delivering speeches to the proscenium arch rather than her fellow actors.

Dench described how she copes with deteriorating eyesight – the challenges, the unexpected advantages and the funny side – at an online event on Thursday with Stephen Fry and Hayley Mills for the Vision Foundation, the London sight loss charity.

Still stupid and fawning to right-wing nuts rather than protect the state’s residents. 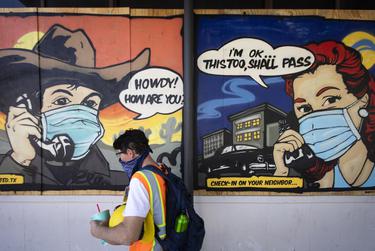 Gov. Greg Abbott said Thursday that Texas is looking at when it will be able to lift all statewide orders related to the coronavirus pandemic and that an announcement is forthcoming.

Abbott made the comments at a Corpus Christi news conference where he was asked when the statewide mask mandate would end as Texans continue to get vaccinated. That requirement has been in effect since July.

Abbott called it a “great question.”

“We’re working right now on evaluating when we’re gonna be able to remove all statewide orders, and we will be making announcements about that pretty soon,” Abbott said, without giving a specific time frame.

In addition to the mask mandate, statewide orders in effect include a policy that rolls back business reopenings in a hospital region if its COVID-19 patients exceed 15% of hospital capacity for seven days. Abbott put that policy in place in last fall.

Only 5.1% of Texans had been fully vaccinated as of Tuesday, though Abbott has been optimistic that the pace will pick up as more vaccines are made available to Texas.

Experts say Texas is a long way from reaching herd immunity through the vaccines. Hitting the 70% to 80% level that many estimate is needed would mean vaccinating some 22 million people, or nearly 100% of adults in the state, according to census numbers. The vaccines are currently not approved for children under 16, who make up about 23% of the population.

Scientists do not yet know for sure whether or how well the vaccines prevent the spread of the virus, though some preliminary research has suggested that some vaccines might be able to do so to some extent.

The Centers for Disease Control recommends that people who have received two doses of the vaccine continue to avoid crowds, stay at least 6 feet away from people who live outside their households, and wear masks to cover their nose and mouth.

Dr. Anthony Fauci, the nation’s top infectious-disease doctor, has repeatedly said that he does not know when Americans will be able to return to normal, but that they may still need to continue wearing face masks into 2022.

Abbott has faced scrutiny from some of his fellow Republicans for how he has wielded his executive authority to issue statewide pandemic rules, and multiple GOP proposals have been introduced at the Legislature to curb his power. He has expressed openness to reforming executive authority while also promising that “we will not have any more shutdowns in Texas.”

Some 1,100 members of the Texas National Guard will administer vaccines to older people in their homes in rural and isolated areas of the state in an effort to get the majority of Texans who are 65 and older inoculated against COVID-19 by the end of March 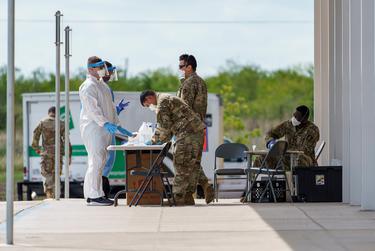 Some 1,100 members of the Texas National Guard will administer vaccines to older people in their homes in rural and isolated areas of the state in an effort to get the majority of Texans who are 65 and older inoculated against COVID-19 by the end of March, Gov. Greg Abbott said Thursday.

Abbott also said that with vaccine supply ramping up considerably starting next week, combined with the anticipated approval of a third vaccine this week, the state could open up eligibility to more Texans beyond the first two identified priority groups sometime next month.

“The good news is there’s going to be a record amount of vaccines available across Texas this week with increasing numbers going forward,” he said. “We’re going to have the capability to … apply vaccines very, very quickly for our seniors as well as additional populations, so that we increasingly, week by week, will be increasing the immunity that Texans have.”

The Texas Department of State Health Services has prioritized Texans who are 65 years old and older and anyone with medical conditions that put them at higher risk for death or hospitalization from the virus. The number of eligible recipients is estimated to include more than 9 million people across the state.

Officials have hinted that the next group of vaccine eligible Texans could include teachers and other essential workers.

Abbott said he has been told by President Joe Biden that the state will receive more than 1 million doses next week and that the number could increase if the U.S. Food and Drug Administration grants emergency use authorization this week to a new vaccine by Johnson & Johnson. That vaccine can be stored at regular refrigeration temperatures, is easily moved and is a one-dose regimen. The Pfizer and Moderna vaccines require two doses and have to be stored at temperatures well below freezing.

The renewed effort to reach older Texans who are unable to leave or have difficulty leaving their homes, an effort dubbed Save Our Seniors, launches Monday, Abbott said. It is an expansion of a mobile vaccination program run for several weeks by the Texas Division of Emergency Management and is modeled after local programs that partner with nonprofit organizations to identify homebound older people in need of the vaccines, state leaders said.

Teams of National Guard members will be registering people for the program or visiting homes and administering the vaccines, with more than 8,000 vaccines allotted in the first week of the program, and possibly four times that many if the new vaccine is approved, Abbott said.

The teams will work with organizations like Meals on Wheels and nursing groups to identify older Texans who don’t have access to mass vaccination hubs, drive-thru clinics or doctors’ offices, TDEM Chief Nim Kidd said.

The program is modeled in part after the Save Our Seniors program in Corpus Christi, where Abbott made his remarks Thursday. There, some 2,000 doses have been given to homebound older people through the local program, officials said.

“It creates a ripple effect,” said Lisa Oliver, superintendent of Corpus Christi Senior Community Services. “It also benefits those that have daily personal contact with the homebound clients such as caregivers and those who provide in-home services, whether it be home health [or] physical therapy.”

Abbott said identifying and reaching out to homebound older people who are not regularly in contact with providers is “the biggest challenge” in getting them inoculated.

Some 40% of people in the state who are 65 and older have received one dose of the vaccine, Abbott said, but officials aim to get shots to at least 50% of them by the end of next week and vaccinations to all older people who want them by the end of March.

Texas, with a population of about 29 million, has administered 4.6 million doses to residents and fully inoculated nearly 1.5 million people, according to DSHS.

Abbott said the latest efforts are “absolutely critical” to the state’s goal of eventually reaching herd immunity from the virus and further reducing deaths and hospitalizations among the state’s most vulnerable residents.

“We absolutely want the people in those rural areas to know that we’re coming to help vaccinate them just as fast as we can with as much vaccine is available,” Kidd said.