ROTFLMAO – Russia the prude state along with being cruel and petty. 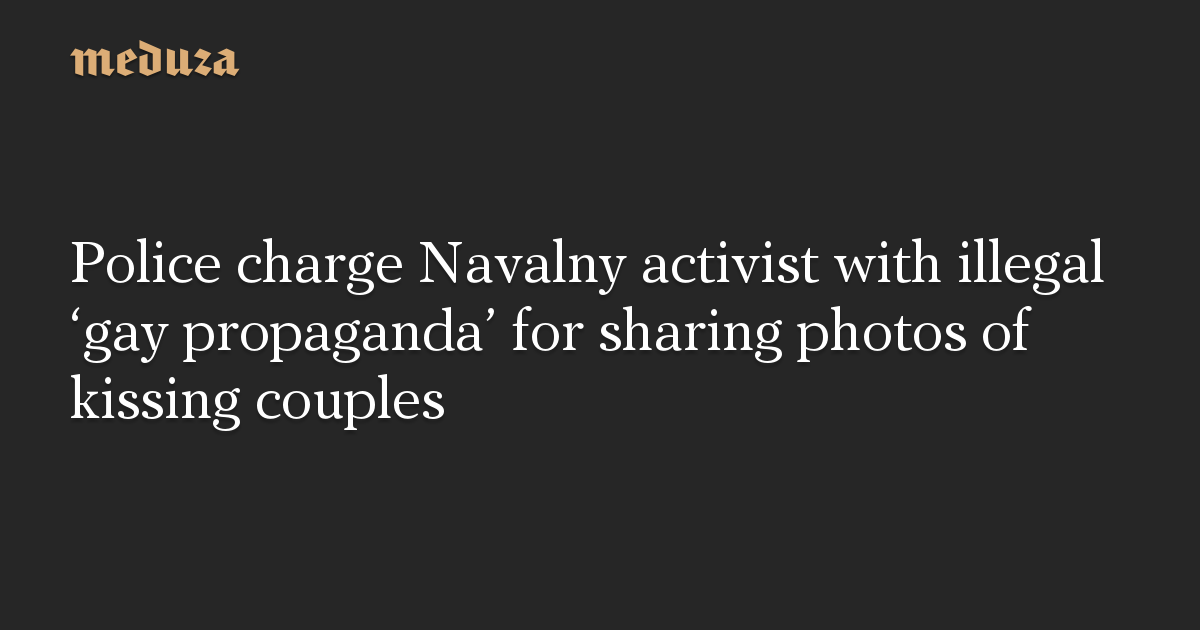 Police in Krasnodar have opened a misdemeanor case against Alexey Navalny’s local campaign coordinator, charging Anastasia Panchenko with illegal “gay propaganda” for sharing two photos on Instagram showing same-sex couples kissing during protests on February 14. According to her lawyer, Mikhail Benyash, Panchenko faces a fine as high as 100,000 rubles ($1,340), if convicted. Officials say the images violate Russia’s ban on “promoting non-traditional sexual relations among minors” because Panchenko’s Instagram page is accessible to minors.