They touch on why Indian Prime Minister Narendra Modi so fiercely pushed the reforms, the legitimate policy debate at the center of it all, and how the vile online reaction to Rihanna’s and Thunberg’s statements in support of the farmers from pro-Modi trolls shows the rot at the core of India’s democracy. 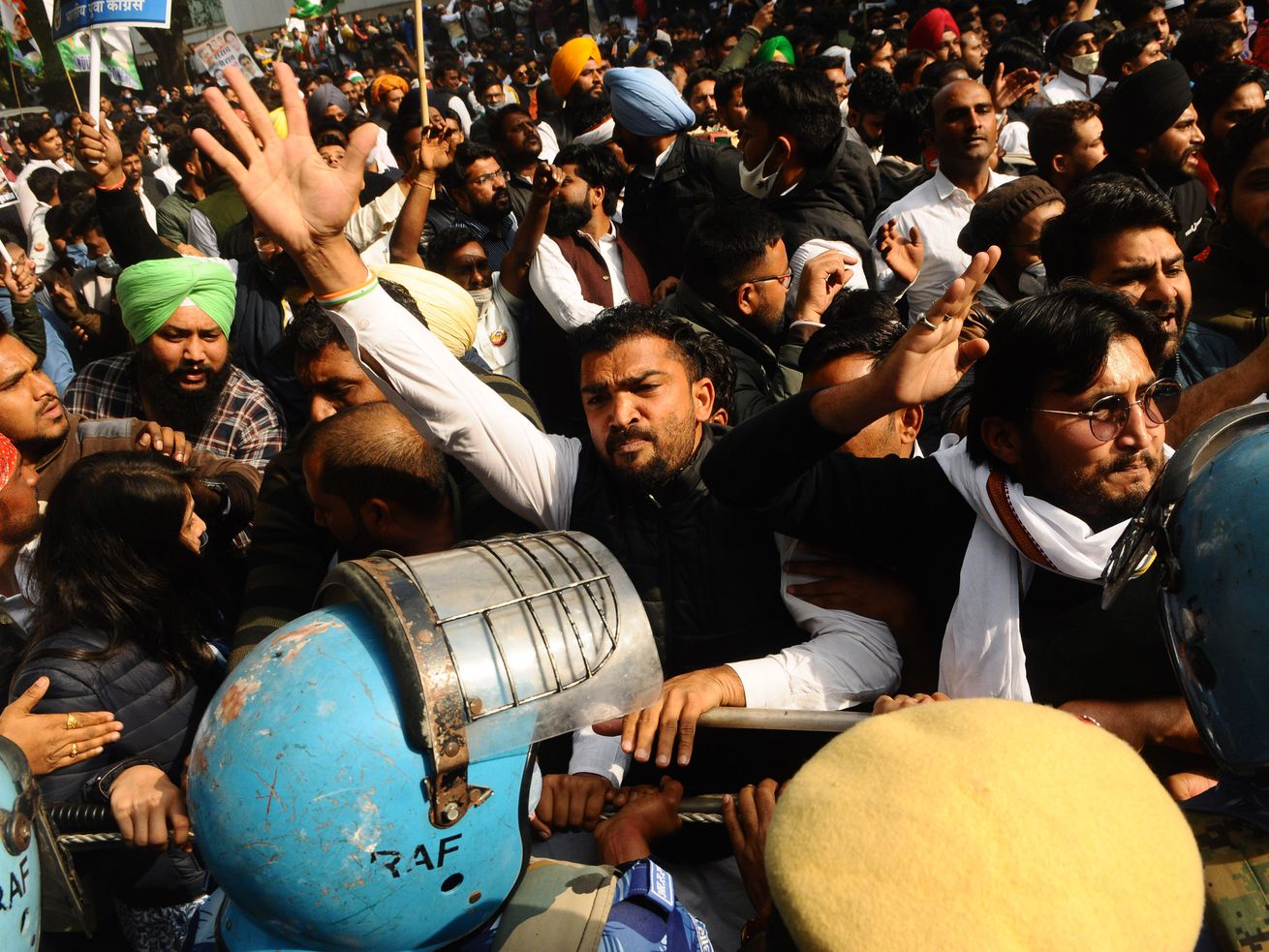 Indian Youth Congress workers shout slogans during a protest against the new agricultural laws, the rise of unemployment, and the rising price of goods and services in New Delhi on February 9, 2021. | Imtiyaz Khan/Anadolu Agency via Getty Images

On this week’s episode of Worldly, we discuss how a real policy debate in India turned ugly.

The farmers’ protests in India had already turned ugly — and then global celebrities like Rihanna and Greta Thunberg stepped in.

They touch on why Indian Prime Minister Narendra Modi so fiercely pushed the reforms, the legitimate policy debate at the center of it all, and how the vile online reaction to Rihanna’s and Thunberg’s statements in support of the farmers from pro-Modi trolls shows the rot at the core of India’s democracy.

Hundreds of thousands of Indian farmers and their supporters have been occupying major roads surrounding the capital, New Delhi, since November in protest of the agriculture reform laws.

Under the new policies, introduced by Modi’s Bharatiya Janata Party (BJP), Indian farmers must sell goods and make contracts with independent buyers outside of government-sanctioned marketplaces, which have long served as the primary locations for farmers to do business.

Modi and members of his party say the reforms are needed to help India modernize and improve its farming industry, which will mean greater freedom and prosperity for farmers. But the farmers, afraid they will be at the mercy of big business, remain unconvinced.

Modi’s government offered to put the laws on hold for 18 months, but the farmers have refused, demanding a full retraction of the laws to end their standoff.

After an 11th round of talks between the farmers and the government failed, the farmers unions decided to up the ante with a tractor march into the capital on India’s Republic Day, which commemorates the signing of India’s constitution. Miscommunication led to violent face-offs with police, who used tear gas and batons to try to turn them back.

Hundreds of police officers were injured. A farmer was also crushed when his tractor was among the many vehicles overturned in the violence.

Then Rihanna posted a February 2 tweet about the Indian government shutting off internet access to squash debate about the Republic Day violence. And all hell broke loose.

The singer’s tweet angered the Indian government, which responded that foreign celebrities should know the facts before weighing in on Indian affairs. That paved the way for even more vitriol, with online supporters of Modi’s right-wing nationalist government, and one of Bollywood’s most famous actresses, Kangana Ranaut, lashing out on Twitter and in the media with nasty personal attacks against Rihanna, many of which were racist and sexist.

The ugly response to celebrities asking legitimate questions about the treatment of farmers and the suppression of farmers’ freedoms shows just how deep the divisions are within Indian society.

To hear more about what led to widespread farmer protests in India, how the protests became violent, and what the government’s heavy-handed tactics for quashing dissent say about India’s future under Modi, listen to Worldly below.

And don’t forget to subscribe to Worldly wherever you get your podcasts, including Apple Podcasts, Google Podcasts, Spotify, and Stitcher.

You can find specific links for Vox podcasts here.