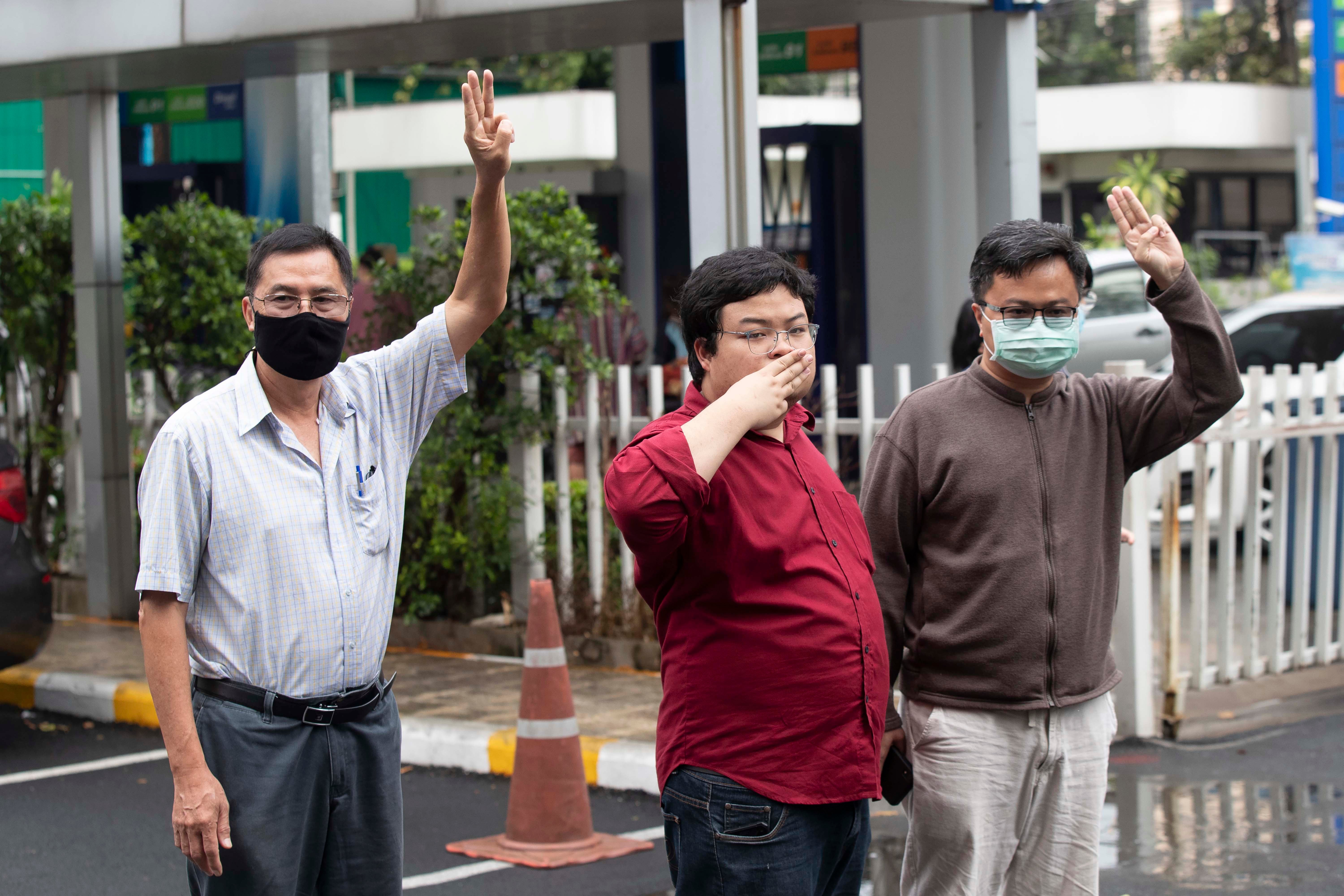 (New York) – The Bangkok Criminal Court has denied bail requests and ordered four prominent democracy activists into pretrial detention on lese majeste charges, Human Rights Watch said today. The order could condemn them to detention for years until their trial is concluded.

On February 9, 2021, the attorney general indicted Arnon Nampha, Parit Chiwarak, Somyot Pruksakasemsuk, and Patiwat Saraiyaem for violating penal code article 112 on lese majeste (insulting the monarchy) charges for their onstage speeches during a September 19, 2020 political rally. Each accused faces up to 15 years in prison if convicted. The activists were also charged with sedition under penal code article 116, which carries a penalty of up to seven years in prison.

“To respond to persistent public protests, authorities are abusing Thailand’s draconian lese majeste law to aggressively clamp down on speech they don’t like,” said Brad Adams, Asia director. “Holding people in pretrial detention for peaceful expression portends a return to the dark days when people simply charged with this crime end up spending years in jail while their trials drag on interminably.”

The number of lese majeste cases in Thailand is rapidly increasing with no end in sight, Human Rights Watch said. After almost a three-year hiatus in which lese majeste prosecutions were not brought before the courts, in November 2020 Prime Minister Prayuth Chan-ocha ordered Thai authorities to bring back lese majeste prosecutions as a response to growing criticisms of the monarchy by student protesters, civil society activists, and ordinary members of the public who call for democratic reforms. Since then, officials have charged at least 58 people with lese majeste crimes in relation to various activities at democracy rallies or their comments on social media. Past practice has repeatedly shown that Thai authorities, particularly the police, are unwilling to reject allegations of lese majeste, no matter how specious, for fear of being seen as disloyal to the monarchy.

In a statement on February 8 regarding the situation in Thailand, United Nations human rights experts said that lese majeste laws have no place in a democratic country. They also expressed serious concerns about the growing number of lese majeste prosecutions since November and harsh prison sentences meted out to some defendants, including an 87-year sentence (halved to 43 years since she pleaded guilty) on January 19 to a retired civil servant, Anchan Preelert. Unless the sentence is commuted, Anchan, who is 65 years old, will most likely spend the rest of her life in prison, Human Rights Watch said. The ruling has had a chilling effect on freedom of expression and peaceful assembly.

The International Covenant on Civil and Political Rights (ICCPR), which Thailand has ratified, encourages bail for criminal suspects. Article 9 states that, “It shall not be the general rule that persons awaiting trial shall be detained in custody, but release may be subject to guarantees to appear for trial.” Those denied bail need to be tried as expeditiously as possible, Human Rights Watch said.

The ICCPR protects the right to freedom of expression. General Comment 34 of the Human Rights Committee, the international expert body that monitors compliance with the covenant, has stated that laws such as those for lese majeste “should not provide for more severe penalties solely on the basis of the identity of the person that may have been impugned” and that governments “should not prohibit criticism of institutions.”

“The Thai government should address the demands of critics and protesters instead of putting them in jail for long periods before they are tried on flimsy charges,” Adams said. “The authorities should immediately end their heavy-handed enforcement of the lese majeste law and engage in a dialogue with United Nations experts and others about amending the law to bring it into compliance with Thailand’s international human rights law obligations.”