Let him go be a security guard in Florida but get him out of NYPD for just being a dumb-a who will not follow department policy. 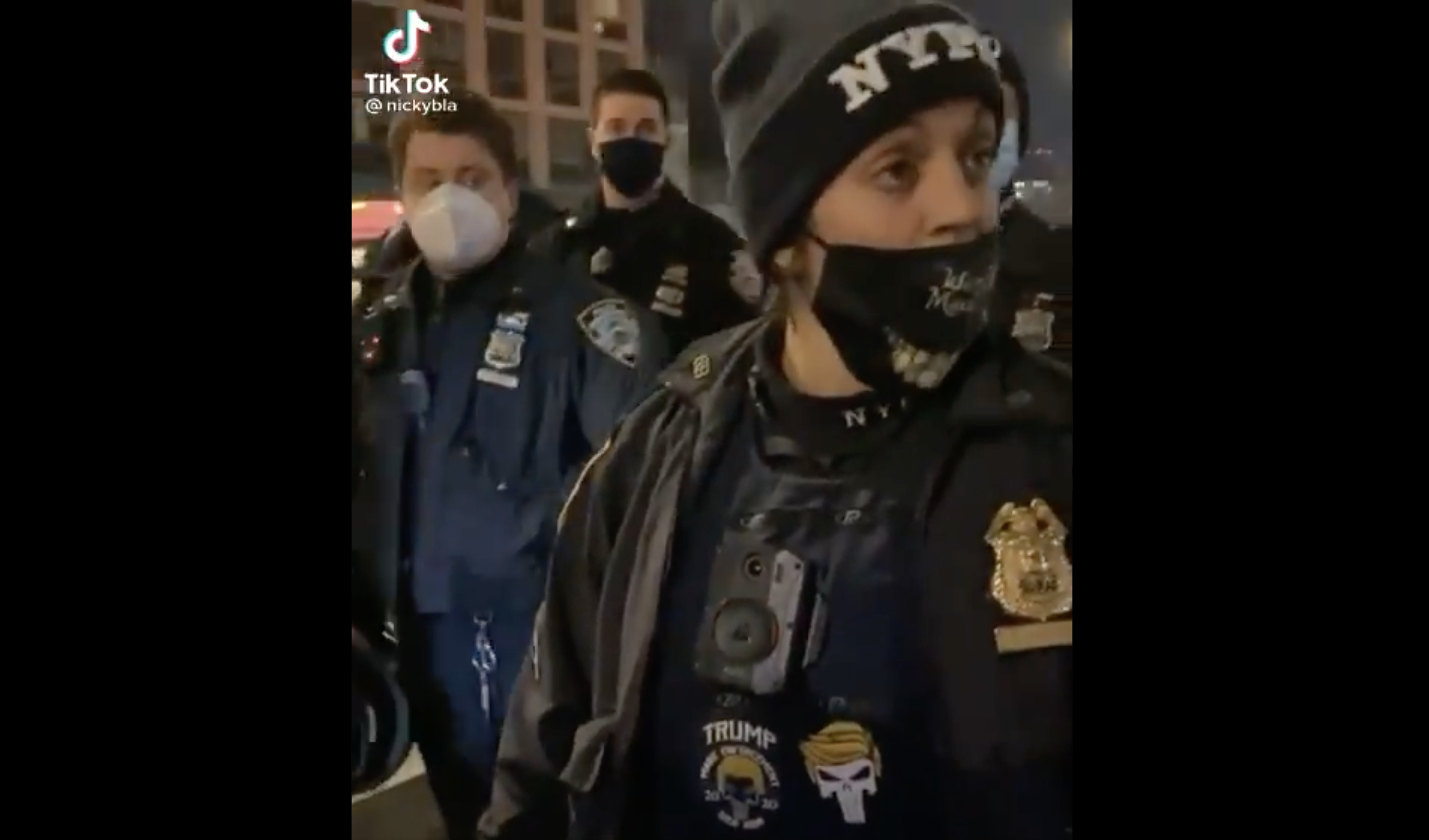 A screenshot of a Tik Tok video by @nickybla and posted on Twitter by @FirenzeMike shows an officer wearing two pro-Trump patches while dispatched to a protest on police violence on Friday.