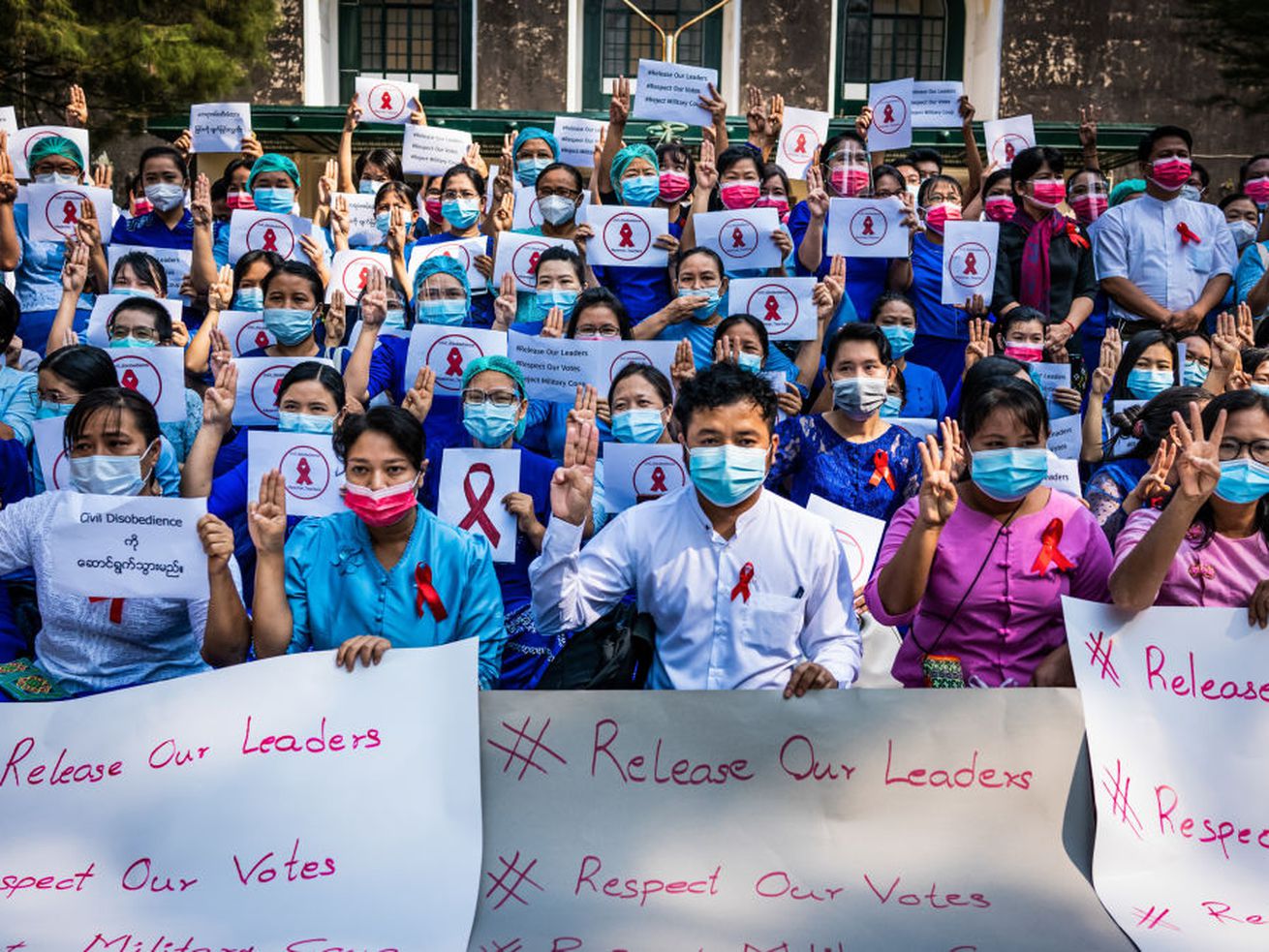 Following a military coup, the US and its allies grapple with supporting a pro-democracy movement whose leader is complicit in genocide.

Myanmar’s military has seized full control of the country’s government and detained civilian leader Aung San Suu Kyi along with hundreds of members of her National League for Democracy (NLD) party in a move the Biden administration has labeled a “coup.”

The military has said it will remain in control of the country for at least a year, with ultimate authority resting with Senior Gen. Min Aung Hlaing. It’s unclear what will happen after 12 months, though some suspect the military will stay in charge beyond that.

Myanmar has gone back and forth between military and civilian leadership since 1948, but the Tatmadaw, as the military is more commonly known, always held significant power. The United States and other nations placed sanctions on the country for decades to compel the generals to enact pro-democracy reforms, and in 2011, the military finally ceded some of its power to civilian leaders and began to govern alongside Suu Kyi and her party.

Suu Kyi, a Nobel Peace Prize winner, had long advocated for democracy, including while the military held her under house arrest for years, and received global support for her struggle.

But once she became the country’s top civilian leader, she declined to challenge the military on one very important issue: its 2017 campaign of genocide against the Rohingya, a Muslim ethnic minority group in the country. She even defended their actions in an international court.

In 2020, she campaigned for further restricting the military’s role in governing the country, and in parliamentary elections in November, her party won a sweeping victory, essentially giving her a mandate to pursue those changes. Seeing that as a direct threat to their power, the nation’s generals claimed, without evidence, that the election was fraudulent. And just hours before the new parliament was to convene, the military launched its coup.

Human rights advocates warn the coup will mean danger for anyone who disagrees with the military’s actions, but it could prove especially perilous for the Rohingya and other persecuted ethnic and religious minorities in the country.

“The military is responsible for genocide against the Rohingya and other severe human rights abuses against other ethnic minorities, including the Rakhine, Kachin, [and] Shan,” Daniel P. Sullivan, a senior advocate for human rights at Refugees International who focuses on Myanmar, told Vox’s Jen Kirby.

The Biden administration labeled the takeover a coup, which will result in cuts to the already small amount of foreign aid the US gives the country, and said it is considering placing economic sanctions on Myanmar’s military. But it also faces the question of how to support the country’s pro-democracy movement without also supporting Suu Kyi, who has been “potentially complicit in genocide,” writes Vox’s Jariel Arvin.