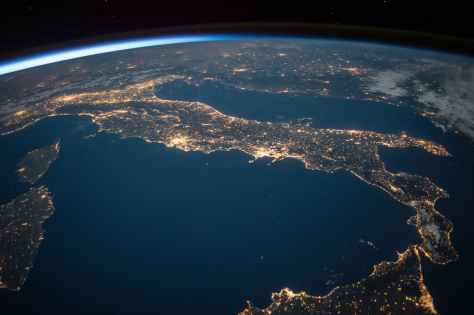 E is for Earth

The Earth that we occupy is drenched in various forms of life that are full of energy and intelligence, both visible and invisible to the human eye.

The energy we experience on earth is all around us, if is in everything and everywhere. The leaves of a tree that produce food for both humans and animals is made by and infused with a higher intelligence. it is also found in insects and organisms.

Is earth the only place that intelligent life can prosper in the entire cosmos?

As we expand our universal reach through space we will find out that undoubtedly we are NOT the only planet where intelligent life exists in such abundance, but you already knew that.

One of the most intriguing things about Earth is that it’s the only planet that we currently know of where so many life forms thrive together, so completely and complexly in a web of connectivity, where all these different life forms are structured to depend on each other for survival.

Another empirically fascinating fact is that Earth is a place with such extremes that the climate you are in can kill you or make you stronger.

A place where due to gravity we see oceans and lakes stick to the earth like glue and rainwater naturally falling out of the skies. A place that can erupt, shake or burn in an effort to regain control. A planet that can speak to the global awareness of all its inhabitants to wake up.

Often referred to as Gaia, or Mother Gaia, this planetary consciousness of Earth is a living breathing thing that plays by different rules which are much more sophisticated than meagre humans can currently fathom.

As for Gaia, she got fed up with waiting for us to take to fix the problems we created and decided to clean the causeways of Venice and patched the ozone later herself.