Hi Guys, I hope you are well and doing great. Welcome to my new post As we all know that Everyone wants to look good infront of others they use cosmetics and many other things. It is not important to look good but it is important to have a Good Heart and a Good Head. […]

GOOD LOOKS ARE WELCOME, BUT A GOOD HEART AND A GOOD HEAD ARE ESSENTIAL — SUDARSHAN PALIWAL

Greene and members of her entourage claim it’s illegal to swear into office on anything other than a Bible, which is patently untrue. According to Article VI of the United States Constitution, “No religious Test shall ever be required as a Qualification to any Office or public Trust under the United States.” Three presidents did not use Bibles when taking their respective oaths: John Quincy Adams, Theodore Roosevelt (following the assassination of William McKinley), and Lyndon B. Johnson (following the assassination of John F. Kennedy.) This is hardly Greene’s first display of overt racism. She recently sat down with Katie Hopkins, a far-right pundit and unabashed bigot who was banned from Twitter for violating its abusive and hateful speech policies. Greene said she had no regrets about the Jan. 6 Capitol riot and would trade Hopkins—a vocal proponent of the white genocide conspiracy theory—”for some of our white people here that have no appreciation for our country.”

Source: ‘Price gouging from Covid’: student ebooks costing up to 500% more than in print | Higher education | The Guardian

The conspiracy charges were the first to emerge against members of the extremist group in connection with the assault on Congress.

Crematoriums are reportedly operating ’round the clock in Tijuana and other cities in Northern Baja, California, and still can’t keep up with the demand, causing delays for people looking to cremate loved ones who have died of COVID-19.

A woman named Veronica says she had to wait a week to cremate her aunt, who died of COVID-19 in early January.

They couldn’t wait, so Veronica and her family sent the body to a facility in Ensenada, about an hour south of Tijuana, hoping to have the cremation done sooner. 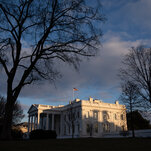 The West Wing has become a different place in an administration serious about Covid restrictions. 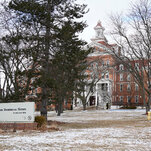 The deaths add to what is becoming a familiar trend in the spread of the virus as it devastates religious congregate communities by infecting retired, aging populations of nuns and sisters. 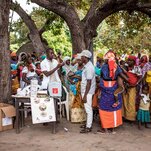 By restoring funding cut off by his predecessor, President Biden ended four years of what abortion rights advocates called a concerted assault on women’s reproductive health in the developing world.

In the 1869 case Texas v. White, the court held that individual states could not unilaterally secede from the Union and that the acts of the insurgent Texas Legislature — even if ratified by a majority of Texans — were “absolutely null.” 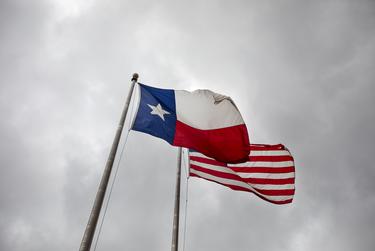 Every few months, the question seems to come up: If Texas wanted to, could it secede from the United States?

Simply put, the answer is no. Historical and legal precedents make it clear that Texas could not leave the Union — at least not legally.

The idea is most often raised by conservatives in the state who are angry over some kind of policy coming from the federal government — and the calls seem to become more frequent when a Democrat is occupying the White House. State Rep. Kyle Biedermann, R-Fredericksburg, filed a bill Tuesday to create a referendum election on whether Texans should create a joint legislative committee “to develop a plan for achieving Texas independence.”

“It is now time that the People of Texas are allowed the right to decide their own future,” he said in a statement announcing the legislation.

The bill doesn’t appear to have much of a chance. And even if it did, experts say, Texas can’t just secede.

Many historians believe that when the Confederacy surrendered at Appomattox in 1865, the idea of secession was also defeated, McDaniel said. The Union’s victory set a precedent that states could not legally secede.

Some have pointed to Britain’s 2016 vote to leave the European Union as an example. But it’s important to note that the European Union is a loose association of compound states with preexisting protocols for a nation to exit. In contrast, the U.S. Constitution contains procedures for admitting new states into the nation, but none for a state to leave.

Yet the myth that Texas can easily secede persists, in part, because of the state’s history of independence.

Texas declared independence from Mexico in 1836 and spent the next nine years as its own nation. While the young country’s leaders first expressed interest in becoming a state in 1836, the Republic of Texas did not join the United States until 1845, when Congress approved the Joint Resolution for Annexing Texas to the United States.

This resolution, which stipulated that Texas could, in the future, choose to divide itself into “New States of convenient size not exceeding four in number, in addition to said State of Texas” is often a cause of confusion about the state’s ability to secede. But the language of the resolution is clear: Texas can split itself into five new states. It says nothing of splitting apart from the United States.

In the years after Texas joined the United States, tensions over slavery and states’ rights mounted. A state convention in 1861 voted 166-8 in favor of secession — a measure that was then ratified by a popular vote, making Texas the seventh state to secede from the Union.

After the Civil War, Texas was readmitted to the Union in 1870.

Yet even before Texas formally rejoined the nation, the U.S. Supreme Court declared that secession was not legal, and thus, even during the rebellion, Texas continued to be a state. In the 1869 case Texas v. White, the court held that individual states could not unilaterally secede from the Union and that the acts of the insurgent Texas Legislature — even if ratified by a majority of Texans — were “absolutely null.”

If there were any doubt remaining after that, late Supreme Court Justice Antonin Scalia set it to rest more than a century later with his response to a letter from a screenwriter in 2006 asking if there is a legal basis for secession.

“The answer is clear,” Scalia wrote. “If there was any constitutional issue resolved by the Civil War, it is that there is no right to secede. (Hence, in the Pledge of Allegiance, ‘one Nation, indivisible.’)”

Editor’s note: A version of this story originally published in 2016.

Disclosure: University of Texas at Austin has been a financial supporter of The Texas Tribune, a nonprofit, nonpartisan news organization that is funded in part by donations from members, foundations and corporate sponsors. Financial supporters play no role in the Tribune’s journalism. Find a complete list of them here.