The State Department said Friday it will review an eleventh-hour decision by the Trump administration to label the Houthi rebels in Yemen a foreign terrorist organization.The quick decision to launch a review of th…

Resist the call to national racism in the Netherlands…

Rabat – Geert Wilders’ anti-Islam party is proposing to turn the Netherlands into an overtly nationalistic country in its program for the 2021 elections, first published on January 9. Wilders’ Partij voor de Vrijheid’s (PVV) political manifesto envisions a radically different country, where migrants submit to a local “dominant and leading ” culture, with the threat of deportation looming over all non-native Dutch citizens.

The PVV’s party program expands on Wilders’ inflammatory rhetoric and paints the Netherlands as a country where native Dutch people and Dutch culture are under threat. The party describes activist movements such as Black Lives Matter as “dangerous” and “radical.”

To realize its extremist vision of the country, the PVV argues for a “ministry of Immigration, Remigration and De-Islamification” that would enact its ethno-nationalistic policies.

The document turns the concept of discrimination on its head, claiming that it is Dutch people facing discrimination in the labor market and that Dutch history is “being erased.”

The new party manifesto for 2021-2025 takes inspiration from rhetoric among US ethno-nationalists, decrying the removal of statues of historic figures engaged in the Dutch slave trade. Wilders’ party considers efforts to remove the use of blackface in annual Saint Nicholas festivities an “attack on Dutch culture.” The party argues that the Dutch secular state should revert to “Judeo-Christian values.”

The party program paints a picture of native Dutch people under threat of politically correct elite parties and efforts to promote a multicultural society.

Wilders’ party proposes a number of radical initiatives to turn the Netherlands into a flag-waving ethno-nationalist state. Their envisioned country would be a place where migrants and their children become second class citizens expected to submit and adapt to the “dominant” culture.

Wilders’ party, in its new election manifesto, takes particular aim at people who hold a passport of another nation. All Dutch-Moroccans have the right to hold a Moroccan passport which, according to the PVV’s vision, means they are at permanent threat of deportation if they commit crimes for which native Dutch people face standard prosecution.

Wilders’ party proposed a change in the Dutch constitution that would establish a “Judeo-Christian” culture as the “dominant and leading culture” in the country. It aims to infuse its nationalistic vision into education by mandating a curriculum that promotes “western freedoms,” while the party would expect every school to fly the Dutch flag every morning.

Taking a page out of US right-wing talking points it paints a picture of a “war on Christmas” and promises to protect Christian holidays. The manifesto further pledges to remove any government subsidies to organizations that promote multi-culturalism and aims to end “positive discrimination and diversity policies.”

Wilders’ party aims to muzzle Dutch public broadcasting which it describes as a “vehicle for multiculturalism.”

The PVV’s party manifesto doubles down on Wilders’ trademark xenophobia and Islamophobia. It declares that “Islam is not a religion, it is a totalitarian ideology.” Anyone carrying a second passport, like all Dutch-Moroccans do, would lose their right to vote in the dystopian country the PVV proposes.

Wilders’ party further calls for stopping the “spread of Islamic ideology” by promising to close all Islamic schools and mosques and banning the Quran nationwide. The proposals directly contradict the Dutch constitutional right of freedom of religion and expression. They would also be impossible to enact even if a majority of Dutch people voted for Geert Wilders’ Islamophobic party.

It argues for a “restrictive immigration policy” and a closure of all centers for refugees. The party aims to institute a “Muslim ban” that would single out Muslim migrants and block entry to the country. The PVV aims to criminalize undocumented immigrants and cancel all asylum applications for Syrian refugees.

The proposed policies directly target refugees and anyone with dual nationality. Wilders’ party is proposing to deport anyone carrying a second passport if they commit any undefined crime.

Geert Wilders’ PVV appears to be using a skewed view of today’s world in order to push for draconian and often unconstitutional policies. With the PVV now in second place in national polls, this year is likely to be a make-or-break moment for Wilders’ extremist vision of the Netherlands.

Despite the failure of the country’s largest right-wing party to contain COVID-19, it seems many Dutch voters continue to blame not those in power for the country’s issues. Instead, the least powerful and most vulnerable communities are receiving blame for the country’s problems, in a trend that is eerily similar to Europe in the decades prior to World War II.

Morocco will receive a batch of Sinopharm’s COVID-19 vaccine on Wednesday, January 27, the Moroccan Ministry of Health announced today.

The measures seek to ensure a collective immunity against the virus. The vaccination campaign is set to target the 33 million-strong population. 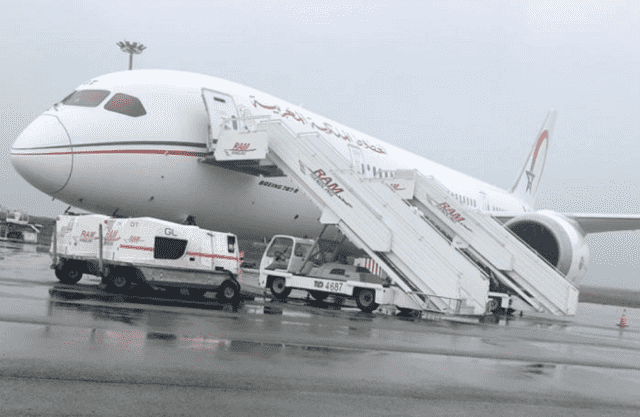 Rabat – Morocco will receive a batch of Sinopharm’s COVID-19 vaccine on Wednesday, January 27, the Moroccan Ministry of Health announced today.

The measures seek to ensure a collective immunity against the virus. The vaccination campaign is set to target the 33 million-strong population.

The ministry said the vaccination campaign, which is set to start next week, will prioritize people who are at risk of infection. The category includes health officials aged 40 and up.

The campaign will also cover authorities, including police, Royal Armed Forces officers, and teachers aged 45 or over.

The campaign will also concern elderly Moroccans aged 75 and up.

The vaccination campaign will also cover the regions most affected by the COVID-19 pandemic.

Citizens and residents from these categories can obtain an appointment to receive a vaccine at www.liqahcorona.ma.

The ministry said residents and citizens can also send a text for free to 1717 starting Sunday to make an appointment and know the location where the vaccination will take place.

The ministry reassured that the vaccines Morocco chose are safe and efficient against the virus.

The statement also asked citizens to continue to take preventive measures seriously, including wearing masks and social distancing, during the vaccination campaign.

Ferrer said by the end of this week, wait times at all five vaccination super sites, decreased “significantly.” Now, at all five locations run by county, she says wait times should be under an hour and “at certain times of the day, it’s less than 30 minutes.”

She added that building an operation this large from scratch is always a challenging process, with a lot of issues “that constantly need to be worked out.”

L.A. County health officials apologized this week for the appointment website crashing – and for not having enough appointments available due to limited vaccine doses.

Source: Long Lines For Vaccinations At Dodger Stadium May Be Getting Shorter

The figure depicts the well-known black and white symbol of Yin and Yang. The dots of different color in the area delimited by each force symbolize the fact that each force bears the seed of its counterpart within itself. According to the principle of Yin and Yang outlined above, neither Yin nor Yang can be observed directly. Both Yin and Yang are intertwined forces always occurring in pairs, rather than being isolated forces independent from each other. In Chinese philosophy, Yin and Yang assume the form of spirals. Let us now show that the net force in

the performance of a given confidence value K always matches exactly the expectation, i.e. in other words E = p(K), is a spiral too. In order to do so, let us introduce the general definition of the logarithmic spiral before illustrating the similarity to the…

“I am appalled that this company thinks so little of our community that they would propose such an atrocity within a stone’s throw of our park, swim club, places of worship and homes,” Monroe said. “This is the true definition of environmental racism. We will not stand for our community being disproportionately exposed to toxic air and water. We are calling on the zoning board to reject this application immediately.” Source: Yeadon/Lansdowne resident fighting proposed waste dump near famed Nile Swim Club | News | phillytrib.com

The Victorian experience reminds us that compulsory vaccination must surely be a last resort and that taking the public on a journey hand-in-hand with this wonder of modern science is so dependent on that trust, and on a government and medical establishment that leads with openness, transparency and candour.

Let us hope that in 2021 rationality triumphs over superstition and that we emerge in spring into the sunlit uplands of a post COVID-19 year having learned the lessons from how Corona ruined the country’s health and wealth.5