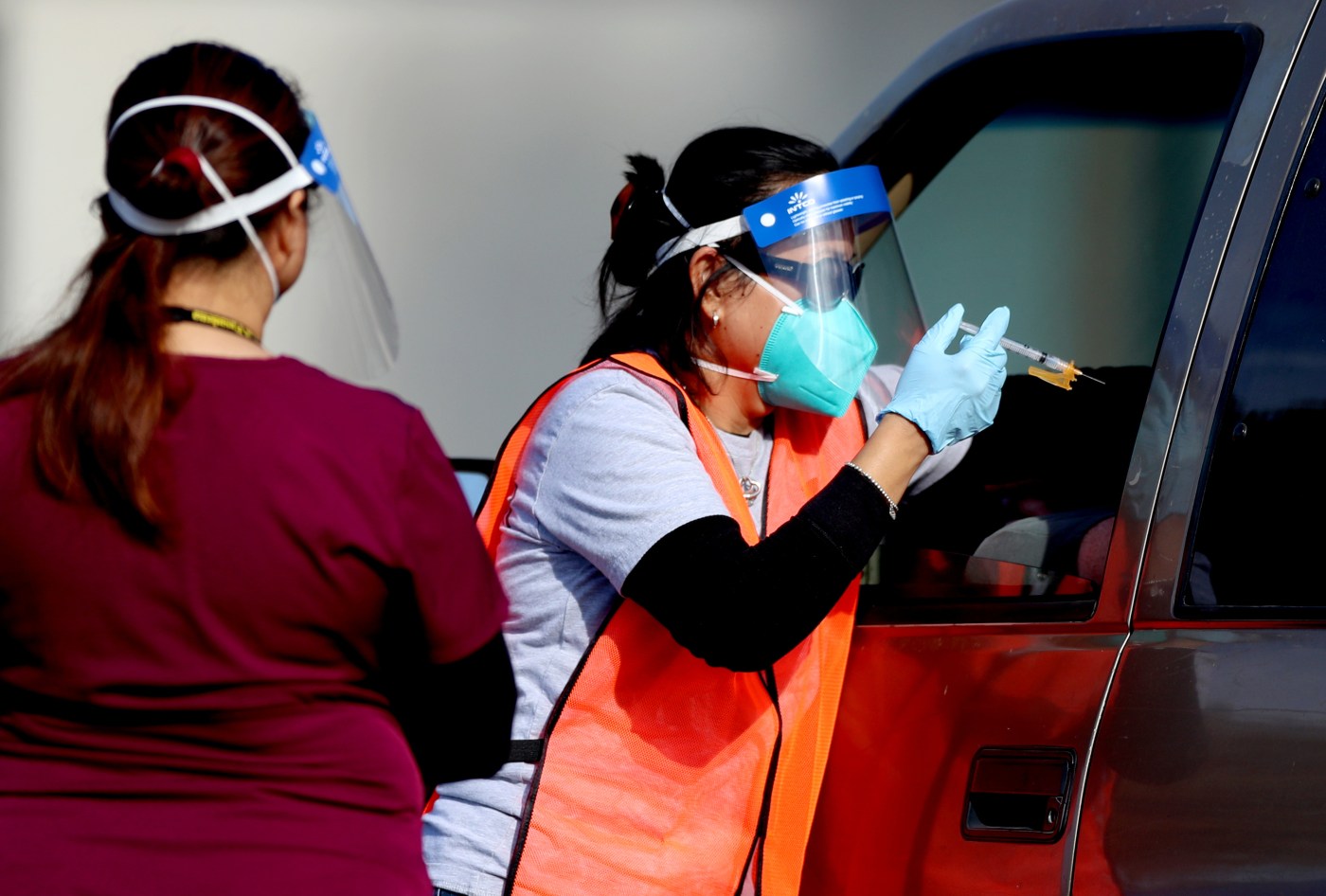 Asking for more doses of the coronavirus vaccine and requesting state help to transform the Rose Bowl into a massive vaccine distribution site, Pasadena Mayor Victor Gordo sent a letter to Gov. Gavin Newsom on Tuesday, Jan. 19, saying the city could inoculate many more people if it had the right resources.

“The city of Pasadena has invested significant resources respond to the COVID-19 pandemic and established needed infrastructure to rapidly and equitably administer vaccine to the community,” Gordo wrote in the letter. “Nonetheless, it is clear the city is quickly approaching threshold capacity, which is insufficient to satisfy local demand for the vaccine.”

Gordo asked the state to support a “regional Mega Vaccination Medical Point of Dispensing (MPOD) Site in Pasadena with a direct state allocation of vaccine,” suggesting the Rose Bowl Stadium as an ideal location “given its size and familiarity.”

Los Angeles County already has one such site open at Dodger Stadium and five other large-scale facilities around the region, plus many smaller ones.

For several weeks now, city and public health officials have complained that they have too few vaccines and too many qualifying patients.

To date, at least 9,117 doses have been administered to Pasadena residents and workers as of Tuesday, Jan. 19, according to the city’s newly released vaccine dashboard. The city has given out 3,720 doses itself; the rest were distributed by local hospitals and pharmacies.

For the past two weeks, the city ran its own distribution sites for two days a week, delivering about 2,300 doses in that period. Soon, it will double its capacity by staying open for four days a week, distributing about 2,800 doses each week, the letter says.

Pasadena Public Health Director Dr. Ying-Ying Goh, who is also the city’s medical officer,  said this escalation will be used to deliver many patients their second dose while keeping up the pace of its first-round inoculations, she told the Public Safety Committee on Tuesday.

“With the rapidly approaching need to administer second doses, our ability to administer first doses to community members will diminish,” Gordo wrote in the letter. “Despite leveraging all city resources, it would take two years to vaccinate everyone in the city at a rate of 1,500 first doses per week.”

Gordo called out pharmacy chains CVS and Walgreens “who were expected to play an important role in vaccination administration,” but the city’s health department “has far too often had to respond to community needs assigned to these partners, expending valuable city personnel and precious vaccine supply.

These challenges, coupled with inconsistent and inadequate vaccine deliveries from the state “have made it improbable to meet the reasonable expectations of our residents and resulting demand for vaccine,” Gordo concluded, arguing the challenges have only become more pronounced as the city starts to distribute more second doses.

Just this week, Pasadena opened up its vaccine clinics to residents over the age of 75. There’s about 11,000 people who fit into this category in Pasadena, but fewer than 2,000 of them have been vaccinated thus far, according to city data.

The city still isn’t done vaccinating all of its healthcare workers, though it’s getting close, Goh said.

She noted that the pharmacy chains moved “slower than we expected or wanted” to inoculate residents and workers at the city’s elder care facilities. Still, after a month at work and with an assist from the city, they’ve finished all of its nursing homes and have started working with Pasadena’s many assisted living facilities.

Goh explained the convoluted distribution system to city officials on Tuesday, pointing to hospitals, pharmacies, city workers and private doctors, saying, “It looks busy because it is not an organized system. There are many, many players here.”

At this point, the city is officially in Phase 1B of its vaccine distribution as it wraps up Phase 1A. The latter category includes healthcare workers, elder care facility patients and workers; the former includes senior citizens and some essential workers.

There are about 34,000 people in these two categories living and working in Pasadena, Goh said. That’s far more people than vaccine doses in the city, considering each person requires two doses.

She continued to say that Pasadena Unified School District will soon start vaccinating its staff members as part of the Phase 1B efforts.

Within a few weeks, she hopes to start vaccinating patients who are 65 years and older.

“We are, of course, limited by our vaccine supply, but we will open this up as soon as possible,” she said.

She encouraged residents to reach out to their primary care doctors, explaining that the city wants to have doctors coordinate vaccine distribution, not city officials.

“In this country, people don’t rely on the public health department for the provision of their medical care. They rely on their primary care physicians,” City Manager Steve Mermell said during the Public Safety Committee meeting.

“But just like with the testing, there’s been a lot of gaps in the system. Normally the public health department would step in and just fill the gap. We’re actually doing a lot more than that.”