Kunasek said he was disturbed when he saw Gosar and Sen. Ted Cruz object to Arizona’s election results during the joint session of Congress on Jan. 6.

Gosar was speaking in the House of Representatives when he was cut short by a Trump-incited mob at the doors.

“It really troubled me and I felt like something bad was going to happen, really bad,” Kunasek said.

News reports and law enforcement statements after the riot confirmed his fears, he said.

“This was an orchestrated attempt … to stop the process that they were going through, which was a legal process,” Kunasek said.

“Squarely, what Congressman Gosar participated in, actively and knowingly, he was guilty of sedition.”

Gosar, as well as Congressman Andy Biggs of Gilbert, have been named as organizers of the “Stop the Steal” movement by lead organizer Ali Alexander.

Heya peeps, my lovely friends, how are you all… how was your first day in 2021… sweet? ok ok ? fantastic??
Well my day was normal, with eating cake and chocolate pastry to eating food cooked by my mom and sister!! So mine was foodie day, hehe…
Ok so from food, i remembered of a super tasty simple reciepe of chocolate pastry at home…

1) Take out the cream from biscuits and keep in different bowl.
2)Break the biscuits and grind them in grinder by mixing milk and make a semi thick paste.
3)Add sugar as per your taste.
4)Add eno powder and mix it very well and then keep the batter aside for 15mins.
5)Mix a cup of milk to the cream which we kept in a different bowl…

In a situation like this one, FBI vetting would involve running peoples’ names through databases and watchlists maintained by the bureau to see if anything alarming comes up. That could include involvement in prior investigations or terrorism-related concerns, said David Gomez, a former FBI national security supervisor in Seattle.

Insider threats have been a persistent law enforcement priority in the years after the Sept. 11, 2001, attacks. But in most cases, the threats are from homegrown insurgents radicalized by al-Qaida, the Islamic State group or similar groups. In contrast, the threats against Biden’s inauguration have been fueled by supporters of President Donald Trump, far-right militants, white supremacists and other radical groups. Many believe Trump’s baseless accusations that the election was stolen from him, a claim that has been refuted by many courts, the Justice Department and Republican officials in key battleground states.

Everyone takes care of their Mobile Phones, Tablets, Laptops and many other devices but no one take care of theirEYES. So, Hi guys this is SUDARSHAN PALIWAL and welcome to my blog HOW TO TAKE CARE OF YOUR EYES ? Let’s start-

We should not forget that everything is visible through your EYES your Mobile phone,  Laptops etc are visible because of  your Eyes. But the question comes HOW TO TAKE CARE OF YOUR EYES ? So here I am sharing some tips÷

1) EAT A HEALTHY AND BALANCED DIET

Your diet should include plenty of foods or vegetables, especially deep yellow and green leafy vegetables

Exercise may help to prevent or control diabities, high blood pressure and high Chlorestrol. These disease can lead to some eye or vision problems. If you do regular exercise you can prevent your eyes 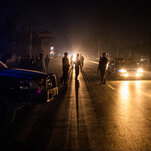 A new wave of violence and a growing uncertainty about the country’s future have left Afghans in the capital with a constant sense of fear.

Federal official said that Griffin’s placement, as documented in several videos shared on Facebook, were “well within the restricted area” of the Capitol building, according to the affidavit.

The Cowboys for Trump founder was charged on Sunday with knowingly entering or remaining in any restricted building or grounds without lawful authority. He was arrested in Washington, D.C.

Griffin also told federal officials that he planned to travel to Washington, D.C. again for a rally on Jan. 20, 2021. He told FBI special agents that “he hopes a change in leadership can be accomplished ‘without a single shot being fired,’ but noted that there was ‘no option that’s off the table for the sake of freedom,’” according to the affidavit. 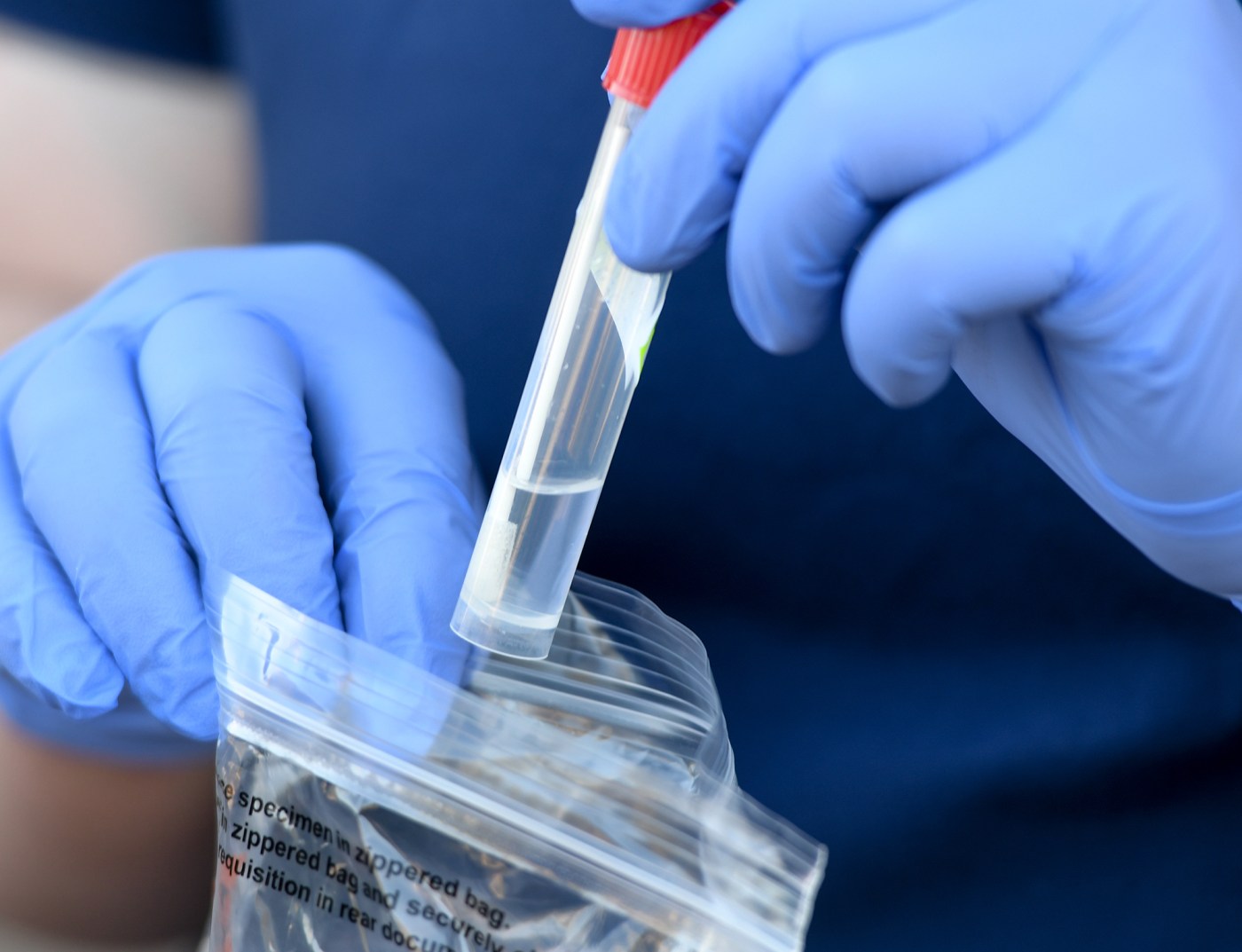 Officials urged residents to adhere to Los Angeles County’s “Safer at Home” orders a day after public health officials confirmed that the swifter spreading B.1.1.7 variant of coronavirus was present in the county.

Health officials reported 11,366 new cases of COVID-19 and 108 additional deaths on Sunday, Jan. 17, bringing the county’s totals to 1,014,662 cases and 13,848 fatalities. County health officials said, however, that the number of new cases reported Sunday reflects an undercount because of a lag from weekend reporting.

Although the 1 million figure represents about one-tenth of the overall population, modeling released by the county this week estimated that as many as one-third of residents have actually been infected at some point, most likely without ever knowing it.

The plateau in the number of hospitalizations stretched into another day. The number of coronavirus patients in county hospitals dropped from 7,597 Saturday to 7,498, with 23% in the ICU. After peaking at just over 8,000, hospitalizations have been inching downward in recent days. The county has a total of about 2,500 licensed ICU beds.

On Saturday, the Los Angeles County Department of Public Health confirmed the first case of the COVID-19 variant B.1.1.7, the same variant discovered in the United Kingdom, in an individual who recently spent time in Los Angeles County. The individual is a male who traveled to Oregon, where he is currently isolating.

The variant was confirmed by Quest Laboratories in Washington state.

Although it is the first confirmed case of the variant in Los Angeles County, public health officials here believe that the new, more contagious strain is already spreading in the community, and are continuing to test samples.

“The reality is that the risk of contracting COVID-19 has increased with the presence of B.1.1.7 here in our community.” said Supervisor Hilda Solis in a statement. “This more contagious variant makes it easier for COVID-19 to spread – any activity outside of one’s household carries more risk of exposure now than ever before.”

“The presence of the U.K. variant in Los Angeles County is troubling, as our health care system is already severely strained,” Public Health Director Barbara Ferrer said. “Our community is bearing the brunt of the winter surge, experiencing huge numbers of cases, hospitalizations and deaths, five-times what we experienced over the summer. This more contagious variant makes it easier for infections to spread at worksites, at stores, and in our homes.”

Ferrer added: “If you are required to work outside your home, make sure that your workplace adheres to all the mandatory safety directives; there should be no crowding anywhere, protective gear and face coverings provided as required, and infection control measures fully implemented. For those who can, this is the time to stay away from all non-household members, and, when you must be around others, to always keep your distance and wear a face covering. Wash your hands every hour and wipe down frequently touched surfaces multiple times a day. We need to use the tools at hand to keep each other from becoming infected.”

The new strain does not make people sicker, but it is transmitted much more easily, meaning it can rapidly spread through the population.

Health officials have warned that hospital numbers could significantly rise again due to people who were infected over the Christmas and New Year’s holidays. The county has continued to see elevated daily new case numbers, which always translate to more people being hospitalized.

The county’s daily report did not include the latest numbers from Pasadena and Long Beach, cities that operate their own health departments.  Pasadena reported 91 new cases Saturday, increasing its total to 9,232; the city’s death toll remained 191.  Long Beach does not update its totals on the weekend, but as of Friday, the city had posted 42,888 confirmed cases and 520 total deaths.

Helping to battled the enduring pandemic, an emergency field hospital opened over the weekend in Lancaster to help relieve the burden at Antelope Valley Hospital, which has been overrun with the surge in countywide coronavirus patients.

Meanwhile, the county is working to ramp up vaccination efforts, with plans to open five large-scale vaccine sites on Tuesday, including at Inglewood’s Forum, Pomona’s Fairplex, Cal State Northridge, Six Flags Magic Mountain in Valencia and the county Office of Education in Downey. Those will be in addition to the large site opened by the city at Dodger Stadium on Friday, and 75 smaller sites the county is already operating.

“The large-scale vaccination sites we’re opening … are going to help us get there by massively increasing our capacity to vaccinate people quickly and efficiently,” Supervisor Janice Hahn said Sunday, on Twitter.

The major question now is the availability of vaccines.

ABC7 reported Sunday that the Dodger Stadium site could run out of the vaccines after Wednesday, citing Core Response, the global response group in charge of the vaccinations at the stadium site.

Dr. Paul Simon, chief science officer for the county Department of Public Health, said that as of Thursday, the county had administered more than 279,000 total doses of vaccine to health care workers and staff and residents of skilled nursing and long-term care facilities. He said the county has administered 44% of the vaccines it has received for use as first doses in the two-dose regimen, along with 30% of those earmarked for use as second doses.

“The remaining doses have either been distributed to our partner vaccination providers or have been allocated for use over the next several weeks,” Simon said.

Simon said he sympathized with people frustrated at the slow pace of getting the vaccines administered — particularly among people aged 65 and older, who are already receiving vaccines in other jurisdictions that are deeper into the distribution process. Los Angeles County does not anticipate vaccinating those people until at least February, since it is expected to take until then to finish vaccinating health care workers.

“We too want to expand vaccinations as quickly as possible to those 65 and older,” Simon said. “The major barrier at this time is the lack of adequate supply of vaccine. We are very hopeful that additional vaccine will arrive soon so we can begin vaccinating seniors in the next several weeks. We recognize seniors and others are understandably anxious and in many cases frustrated about the delay in receiving vaccine. Please know that we are committed to expanding access to the vaccine as quickly as possible.”

City News Service and The Associated Press contributed to this report. 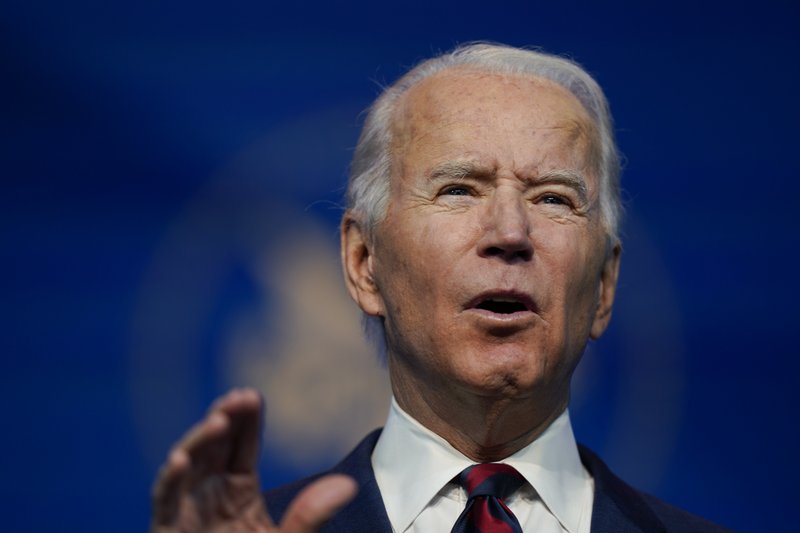 Campaign officials promised in May that if elected, Biden would cancel the controversial cross-border project, but the timeline was never clear until now.