Mistake upon mistake will not make up for no planning or coordination – please stick with originally planned schedule for shots – get one then another 2 weeks later! You will destroy what little confidence people have left in your integrity CDC! 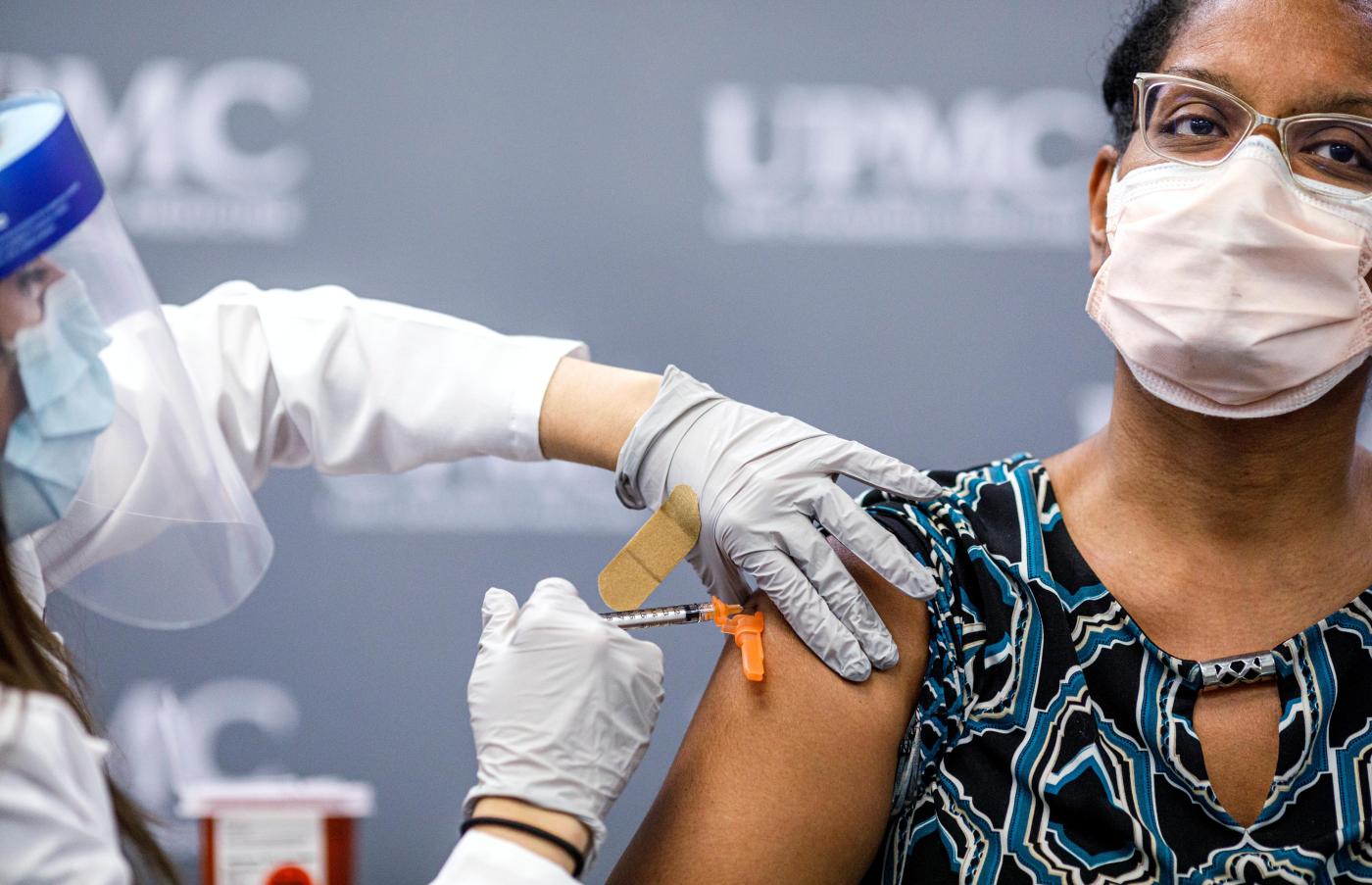 By ZEKE MILLER | The Associated Press

WASHINGTON — The Trump administration is asking states to speed delivery of COVID-19 vaccines to people 65 and older and to others at high risk by no longer holding back the second dose of the two-dose shots, officials said Tuesday.

Health and Human Services Secretary Alex Azar said that “the administration in the states has been too narrowly focused.”

As a result, he said, the Trump administration is now asking states to vaccinate people age 65 and over and those under 65 with underlying health conditions that put them at high risk. He said the vaccine production is such that the second dose of the two-shot vaccine can be released without jeopardizing immunization for those who got the first shot.

“We now believe that our manufacturing is predictable enough that we can ensure second doses are available for people from ongoing production,” Azar told ABC’s “Good Morning America.” “So everything is now available to our states and our health care providers.”

Each state has its own plan for who should be vaccinated, based on recommendations from the federal Centers for Disease Control and Prevention. The CDC recommendations give first priority to health care workers and nursing home residents.

But the slow pace of the vaccine rollout has frustrated many Americans at a time when the coronavirus death toll has continued to rise. More than 376,000 people have died, according to the Johns Hopkins database.

Azar said it was now time to move “to the next phase on the vaccine program” and expand the pool of those eligible to get the first dose.

That also means expanding the number of places where people can be vaccinated by adding community health centers and additional drug stores.

“We’ve already distributed more vaccine than we have health care workers and people in nursing homes,” Azar said. “We’ve got to get to more channels of administration. We’ve got to get it to pharmacies, get it to community health centers.”

He said the federal government “will deploy teams to support states doing mass vaccination efforts if they wish to do so.”

U.S. Surgeon General Jerome Adams said hundreds of thousands of people are getting vaccinated every day across the nation, but the pace of inoculations needs to improve.

“We’re in a race against this virus and quite frankly, we’re behind,” Adams told “Fox & Friends.” “The good news is that 700,000 people are getting vaccinated every single day. We’re going to hit 1 million people and we need to continue to pick up that pace.”

President-elect Joe Biden is expected to give a speech Thursday outlining his plan to speed vaccines to more people in the first part of his administration. His transition team has vowed to release as many vaccine doses as possible, rather than continuing the Trump administration policy of holding back millions of doses to ensure there would be enough supply to allow those getting the first shot to get a second one.