Via aleksey godin Remembering when I got caught in a Jerry Rubin play when they threw cow’s blood on the doors of the Justice Department thus causing the DC Police to gas and beat thousands who were just going home from work at their government jobs – Jerry timed it right, notified TV and police bit – Could not go home for hours as the tear gas filled my basement apartment not far from the scene caused by just ten Yippies. 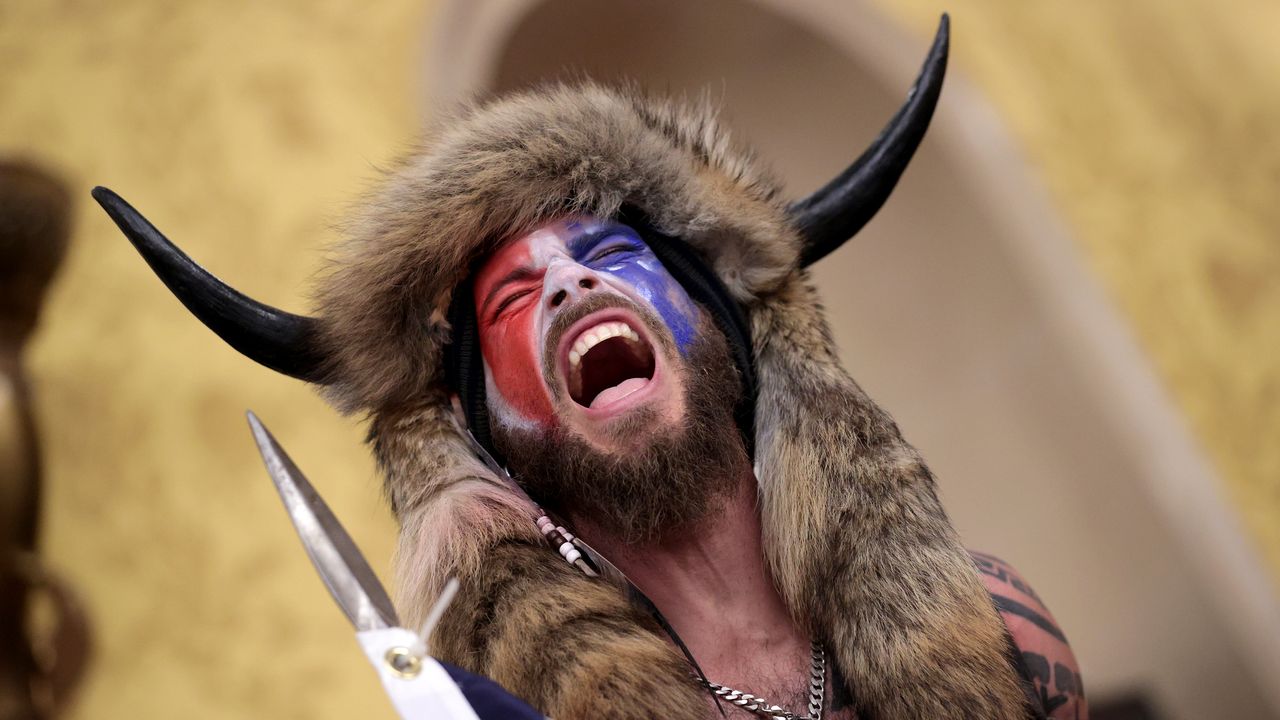 So much of Wednesday’s assault on the Capitol looked readymade for memes because, for many of today’s far-right digital natives, that is the point.

What happened: The outlandishly costumed rioters — among them, shirtless, horned “Q Shaman” Jake Angeli and fur-clad Brooklynite Aaron Mostofsky — had no wish to fade into the crowd.

Yes, but: The unseriousness is intentional — a core feature of modern far-right extremism.

Between the lines: “The left can’t meme” is itself a meme among the online right. In this milieu, liberals and leftists are mocked as self-serious and censorious and nihilist irony is the norm.

The jokes can’t be separated from actual malicious intent.

Be smart: History is full of groups of disaffected extremists getting enjoyment out of bucking norms and flouting authority.

Go deeper: How QAnon works like a video game to hook people