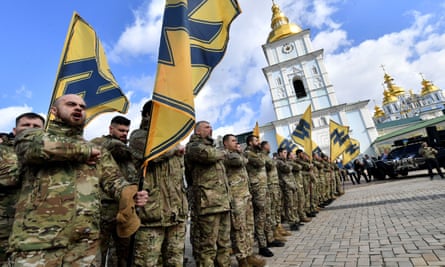 A white supremacist network with more than 80,000 followers and links to the UK far right, including a student charged with terrorist offences, is being hosted by Facebook and Instagram, putting the world’s largest social media company under fresh pressure to tackle extremism. The network, which includes more than 40 neo-Nazi sites, offers merchandise including NaziSS symbols and stickers praising Kyle Rittenhouse, the teenager under investigation for shooting dead two Black Lives Matter protesters in Wisconsin in August.