(Mayor) Samaniego extended the order Wednesday but a group of local restaurants and Texas Attorney General Ken Paxton had been trying to block the effort since it was issued, arguing that it went beyond Gov. Greg Abbott’s own executive order that outlines what limits can be placed on private businesses across the state. Source: Appeals court temporarily stops El Paso business shutdown | The Texas Tribune

Public health officials in the United States announced more than 152,000 new coronavirus cases on Thursday, the first day over 150,000 since the pandemic began — an alarming record that came just over a week after the country first experienced 100,000 cases in a single day.

A postal worker whose allegation of ballot-tampering was at the center of Republican efforts to challenge the outcome of the presidential election has admitted to investigators that Project Veritas actually penned the affidavit laying out his claims. A two-hour audio recording released by Project Veritas on Wednesday shows Richard Hopkins being interviewed by federal investigators over his claim, first publicized by Project Veritas, that he had overheard a postmaster instructing workers in Erie, Pennsylvania, to backdate mail-in votes to meet the Election Day deadline. The audio had been touted by the conservative group as proof that Hopkins was manipulated by investigators but still stood by his allegations, despite House Democrats saying earlier this week that the U.S. Postal Service Office of Inspector General told them Hopkins admitted to fabricating the claims.

But instead, it captured him doing the very opposite, according to The Washington Post. When he was asked if he wanted to stick with his claim about ballot-tampering, Hopkins said, “At this point? No.” He said his allegation had stemmed from “assumptions” he made after overhearing tidbits of staffers’ conversations in the mail facility. Hopkins told investigators not only that his affidavit was written by Project Veritas but that he wasn’t even entirely sure of what the group had included in it because he was in “so much shock I wasn’t paying that much attention to what they were telling me.” A spokesman for Project Veritas acknowledged having a hand in the affidavit but insisted that the “affidavit was drafted with Mr. Hopkins’ input and requested revisions,” according to the Post.

French Polynesia’s Government has underscored the need to keep its economy afloat through the pandemic.

“The measures taken to open the territory were necessary to support the economic and social lives of the country,” French Ambassador for the territory, Dominique Sorain, said.

More than 4 per cent of its population has now been infected with COVID-19 (11,000 cases), and as recently as Wednesday, French Polynesia recorded 345 new COVID-19 cases.

In contrast, the neighbouring French Pacific territory of New Caledonia has banned all incoming air travel, except for repatriation flights and freight, until March, 2021.

It has no active COVID-19 cases and has recorded no cases of community transmission.

The Dominion software was used in only two of the five counties that had problems in Michigan and Georgia, and in every instance there was a detailed explanation for what had happened. In all of the cases, software did not affect the vote counts.

Issues in three Georgia counties had other explanations. In one county, an apparent problem with Dominion software delayed officials’ reporting of the vote tallies, but did not affect the actual vote count. In two other counties, a separate company’s software slowed poll workers’ ability to check-in voters.

The crew of the Bristol Leader was laying out its long cod-catching line well within U.S. fishing territory in the Bering Sea when a voice crackled over the VHF radio and began issuing commands: The ship was in danger, it said, and needed to move.

The warnings, coming in a mixture of Russian and accented English from a plane buzzing overhead, grew more specific and more urgent. There was a submarine nearby, the voice said. Missiles were being fired. Leave the area.

Other U.S. fishing vessels that were scattered over 100 miles of open sea were getting similar messages. Capt. Steve Elliott stood dumbfounded on the trawler Vesteraalen as three Russian warships came barreling through, barking orders of their own. On the ship Blue North, commands from a Russian plane led Capt. David Anderson to contact the U.S. Coast Guard, wondering how to protect his crew of 27.

“It was frightening, to say the least,” Captain Anderson said. “The Coast Guard’s response was: Just do what they say.”

How many grandparents and some students have to die before people say – priority is life and not what I want or think is best?!? 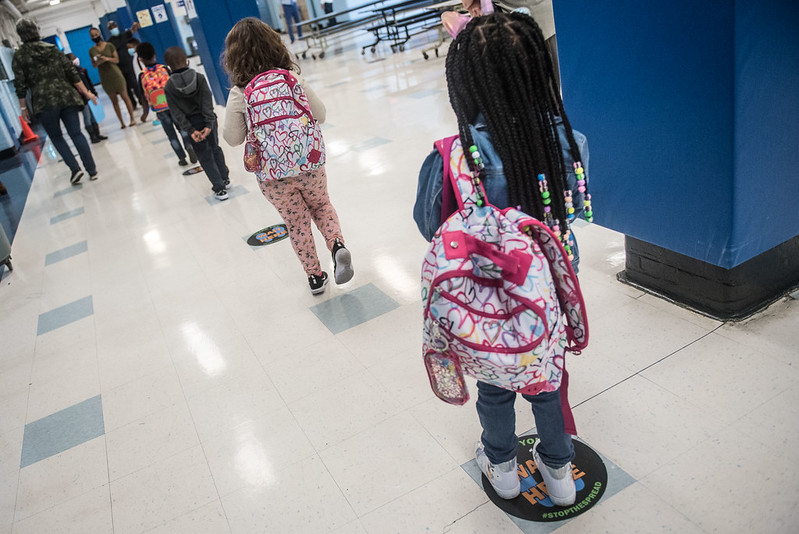 Elementary school students stand on a line inside P.S. 188 in Manhattan.

“My older daughter, every single day that she goes to school is the best day of her life. I mean, she just needs this.” [ more › ]

Facebook would make more sense – Google is successful and leader because it gives best service. Microsoft and Apple are more controlling than Google. If people don’t like Google search, there are many good alternatives. Klobuchar praised the Justice Department for leaving open the option of so-called structural remedies in its recent antitrust lawsuit against Google.

The nation reported another single-day high yesterday, piling up 144,133 new cases, along with 1,893 new deaths, according to the Johns Hopkins online dashboard.

In its weekly analysis of US COVID-19 trends, the COVID Tracking Project said today cases rose sharply last week, up 40%, with testing rising by 13%. Hospitalizations rose in all but four states, with the steepest increases in the Midwest, which are now at levels exceeding what Southern states experienced during the summer surge.

Deaths increased by nearly 23% from the previous week, the group said.

Pandemic preparedness experts told Wall Street Journal that hospitals are even more stretched than they were during the spring and summer, with cases more geographically widespread and reaching more remote regions. They also said hospitals don’t have enough healthcare workers to provide proper care.