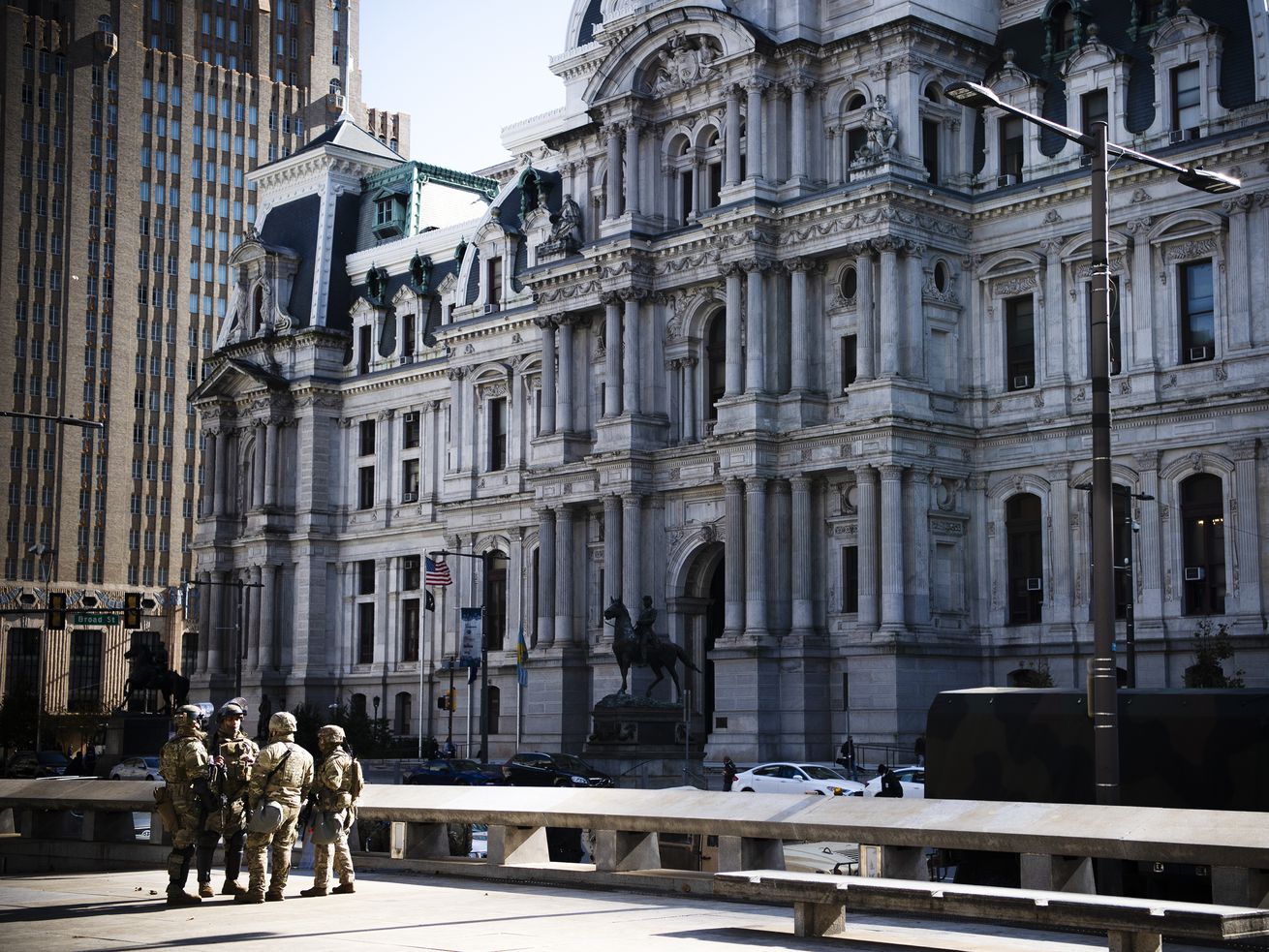 Members of the Pennsylvania National Guard stand guard across the street from City Hall in Philadelphia on November 2. | Caroline Brehman/CQ-Roll Call via Getty Images

The men were arrested outside the Pennsylvania Convention Center, where vote counting is taking place.

Police in Philadelphia are probing an alleged plot to attack the Pennsylvania Convention Center on Thursday night after receiving a tip that a group traveling north from Virginia in a Hummer planned to storm the location of vote-counting efforts.

No one was harmed; the police arrested two men in connection with the alleged plot, and no attack or other violence was carried out.

Photographs taken by Philadelphia Inquirer reporter Jessica Griffin and Hamilton Nolan of In These Times Magazine show that the Hummer in question had decals linked to the QAnon conspiracy theory.

QAnon decals on back window of Hummer parked near Pa. Convention Center and under investigation after police got a tip that occupants were armed and targeting the Convention Center where vote-counting in presidential election is underway. pic.twitter.com/SKAUhcmBvQ

The arrests come hours after President Trump alleged the ongoing count in Pennsylvania and other states was illegal and his son called for “total war,” but it’s important to be clear that the men’s motivations for the alleged plot remain unknown.

Here’s what we do and don’t know about the situation:

What we don’t know