The Supreme Court on Friday ordered Pennsylvania election boards to segregate mail ballots that arrived after Election Day and count them separately from the state’s overall vote tally, leaving open the possibility that the justices could exclude
— Read on thehill.com/regulation/court-battles/524900-supreme-court-orders-separate-count-of-late-arriving-pa-ballots

Charmaine McGuffey has been elected sheriff of Hamilton County, Ohio after her predecessor allegedly fired her for being a lesbian.
— Read on thehill.com/homenews/state-watch/524901-ohio-sheriff-elect-makes-history-as-first-woman-in-role-wins-against-ex

France has recorded 60,486 coronavirus cases in one day, its highest one-day total since the pandemic began.
— Read on www.rnz.co.nz/news/world/430080/record-high-60-000-new-covid-cases-in-france 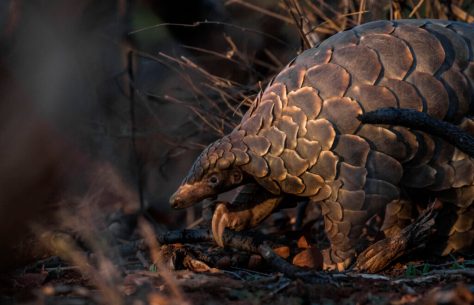 All eight species of endangered pangolins — four in Africa and four in Asia — are trafficked largely for their scales, used in some traditional Chinese medicines. Pangolin meat, too, is prized as a delicacy in China and Vietnam.  Source: Saving the world’s most trafficked mammal – Sheree Bega 5 Nov 2020 | Just Sayin’

The Court ruled that FDA failed to consider and study the environmental risks of this novel GE fish. When GE salmon escape or are accidentally released into the environment, the new species could threaten wild populations by mating with endangered salmon species, outcompeting them for scarce resources and habitat, and/or introducing new diseases. The world’s preeminent experts on GE fish and risk assessment, as well as biologists at U.S. wildlife agencies charged with protecting fish and wildlife, heavily criticized FDA’s approval for failing to evaluate the impacts of GE salmon on native salmon populations. Yet FDA ignored their concerns in the final approval.

“This decision underscores what scientists have been telling FDA for years—that creating  genetically engineered salmon poses an unacceptable risk if the fish escape and interact with our wild salmon and that FDA must understand that risk to prevent harm,” said Earthjustice managing attorney Steve Mashuda. “Our efforts should be focused on saving the wild salmon populations we already have—not manufacturing new species that pose yet another threat to their survival.”

The COVID Exit Strategy website, which measures each state’s progress based on 14-day trends in positive cases, hospital capacity, and testing, lists 43 states as having uncontrolled virus spread, and six as trending poorly. Only one state—Vermont—is listed as trending better.

“This is going to get worse before it gets better, and it could get significantly worse,” former Food and Drug Administration commissioner Scott Gottlieb, MD, told CNBC this morning.

Source: US COVID-19 cases keep climbing, with no end in sight | CIDRAP

Abrams reach extended far past Georgia. Her organization, Fair Fight 2020, mobilized voter outreach efforts across the nation, connecting local organizations and activists with resources and manpower to protect the vote in their communities.

As impressive as Abrams work and foresight was, she was far from alone in this effort. Organizers like Tamieka Atkins of ProGeorgia, Nsé Ufot of the New Georgia Project and Deborah Scott of Georgia Stand-Up played pivotal roles in mobilizing voters across Georgia, rallying them around issues like affordable housing, transit equity, economic development and labor unions.

These same efforts transformed Arizona, a former conservative stalwart. Latinx organizations like Living United for Change in Arizona (Lucha) have worked for decades to flip the state, once known for its draconian Maricopa County Sheriff, Jeff Arpaio (regarded as a precursor to Donald Trump) and SB1070, a law that required local law enforcement to ask the legal immigration status of anyone they considered suspicious.

“The 10 years of this, it’s a sign that Arizona is moving in the direction that we envisioned since 2010,” Tomas Robles, co-executive director of Lucha, told The Guardian. “You have eight-year-olds who experienced the heartbreak of watching their families stand there in fear because of SB1070. They’re now 18-year-old voters. You have a ton of people that have grown up experiencing what it is to organize and what it is to build collective political power in a state that used to have none of it.”

Source: Thanks to Stacey Abrams and Grassroots Organizers, Voters of Color Are a Force in Swing States

For more than half a century, humans have required all new drugs to be tested on animals. Today, ethical alternatives are emerging. But can they replace animal studies? The Down to Earth team takes a closer look.