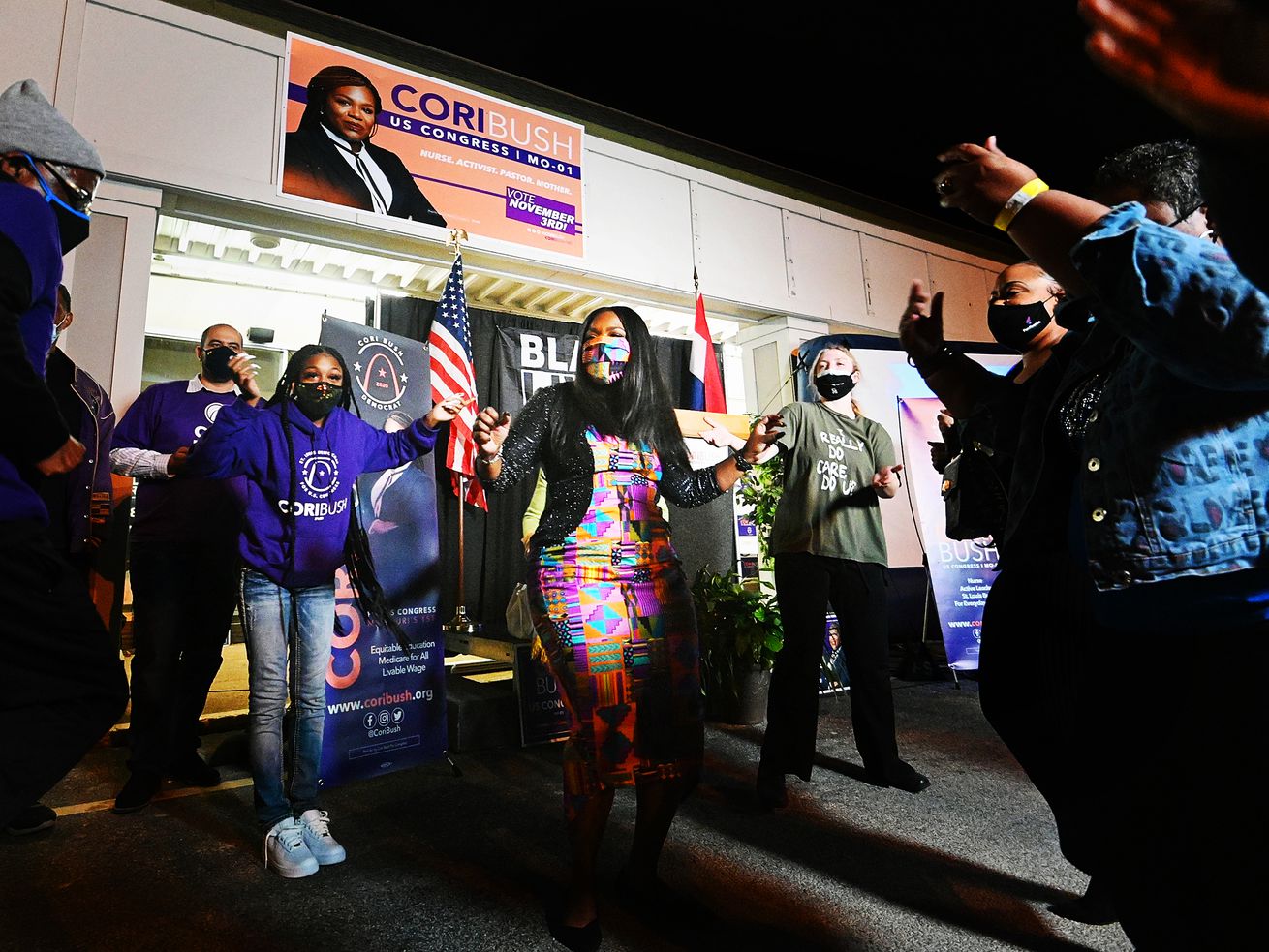 Bush defeated a 10-term Democratic incumbent in a primary earlier this year.

Cori Bush, a rising progressive star in the Democratic Party, handily won a first term in the US House of Representatives on Election Day.

The Black progressive previously defeated a 10-term incumbent Democrat, Rep. William Lacy Clay Jr., in this year’s primary for Missouri’s First District, which covers the Democratic stronghold of St. Louis. Insofar as Bush won an election as a Democrat in St. Louis, that’s not too surprising. But as Aaron Ross Coleman wrote for Vox at the time, Bush’s victory in the primary was a surprising upset — one spurred by her strong support for the Black Lives Matter movement:

Bush, a 44-year-old single mother, nurse, and leader in the 2014 Ferguson uprising, ousted 64-year-old, 10-term incumbent Clay in the St. Louis-area district. The bout was a rematch of the 2018 race, which Clay won by a 20-point margin. Both candidates are Black. However, Bush’s candidacy this time spoke to the moment, with her connections to a movement sweeping the nation following the killing of George Floyd and the sustained protests since the killing of Michael Brown in Ferguson, a city in the district.

Clay, on the other hand, was criticized by activists who claimed he hadn’t heavily participated in Black Lives Matter protests, and that he’d rejected calls to “defund the police.”

But, Coleman added, Bush made gains in other areas too — representing “an anti-corporate insurgency that has been brewing in the Democratic Party more broadly.” Clay could argue he’s a progressive given his support of Medicare-for-all and a Green New Deal, but he also took campaign donations from some controversial sources, including big banks.

Bush’s victory falls within the broader context of Black progressives winning big races in the House. As Ella Nilsen wrote for Vox:

A new group of Black progressives has officially been elected to Congress.

It’s been a year defined in part by nationwide protests against police brutality and systemic racism after the police killing of George Floyd in Minneapolis. Meanwhile, unabashedly progressive Black candidates ran in — and won — races around the country. It’s another step toward meaningful representation for Black and brown constituents.

“We need more people in Congress for whom policy is personal. I was the only candidate talking about racial justice before the events of the past several weeks,” presumptive member of Congress Mondaire Jones (D-NY) told Vox this summer. “I’m grateful more people now are seeing it.”

This kind of broad representation matters. Bush, as a single member of the House, may not be able to do much on her own. But with these crucial progressive allies backing her in the legislature, perhaps her vision for America will have a better chance of being reflected in bills next year.