Robert R. Lynn, a registered Republican and Trump supporter in the battleground state of Pennsylvania, was arrested on Wednesday for allegedly requesting an absentee ballot for his mother, who died in 2015.

Lynn, 67, is a resident of Luzerne County, a largely white, working-class, political bellwether that Barack Obama won twice, but which swung hard for Trump in 2016. Lynn is being charged with voter fraud and forgery for faking his deceased mother’s signature on the absentee ballot request form. 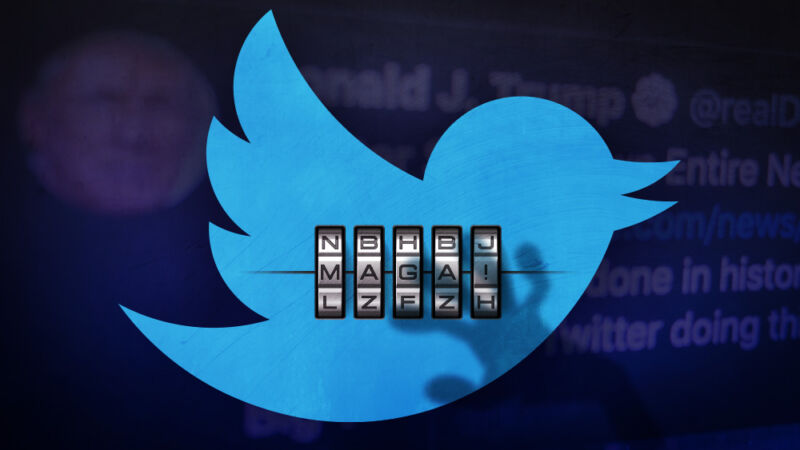 Security researcher Victor Gevers reportedly guessed Trump’s password on the fifth attempt and was dismayed that the president had not enabled two-step authentication. The news was reported today by de Volkskrant, a Dutch newspaper, and the magazine Vrij Nederland. Both reports had quotes from Gevers, while Vrij Nederland also published a screenshot that Gevers says he took when he had access to the @realdonaldtrump account.

Gevers reportedly gained access to Trump’s Twitter account on Friday last week. He says he tried passwords such as “MakeAmericaGreatAgain” and “Maga2020” before hitting on the correct password of “maga2020!” Gevers is a well-known security researcher and has been quoted in several Ars articles on other security topics going back to 2017. He is a researcher at the nonprofit GDI Foundation and chair of the Dutch Institute for Vulnerability Disclosure.

Last week, the Wisconsin Economic Development Corporation (WEDC) rejected electronics maker Foxconn’s tax subsidy application for failing to not only hire the number of employees it promised, but to build a Gen 10.5 LCD factory. The company had instead built a Gen 6 facility to manufacture phone screens instead of a larger factory for TV displays, and hired only 550 out of the 13,000 employees it was supposed to, 281 of whom did not qualify under the terms of the contract. But now, a report from The Verge has confirmed the Gen 6 facility is not being used to manufacture anything at all.

A new University of Texas report says the El Paso area is at high risk of exceeding hospital bed and ICU capacity early next month, and many other Texas cities could see similar problems in the coming weeks. Source: State sends emergency help to El Paso as COVID-19 cases rise across Texas | The Texas Tribune

Using blood of recovered COVID-19 patients – or so-called convalescent plasma – as a potential treatment is of little benefit in helping hospitalised patients fight off the infection, according to results of a clinical trial in India.

Published in the BMJ British Medical Journal on Friday, the results show that convalescent plasma, which delivers antibodies from COVID-19 survivors to infected people, failed to reduce death rates or halt progression to severe disease.

A voting rights group says that caravans of flag-waving President Donald Trump supporters appeared to obstruct and intimidate voters at two polling location in predominantly ethnic-minority neighborhoods last weekend in the Albuquerque area. Common Cause New Mexico Director Heather Ferguson said Wednesday that the incidents took place on the first day of balloting at voter convenience centers in the South Valley area and the western reaches of Central Avenue. The areas are heavily Latino. She estimates that dozens of potential voters in each location left without voting as a result of the incidents. Local prosecutors say they are investigating. Source: Report: Trump Supporters Obstruct And Intimidate Voters In Albuquerque | KRWG

Pinellas County elections supervisor Julie Marcus, a Republican, said that the men, dressed like security guards, arrived at an early voting site in St. Petersburg on Wednesday, pitched a tent, and told sheriff’s deputies they’d been hired by the Trump campaign, according to WFLA, NBC’s Tampa affiliate. They also said they’d be back on Thursday. Source: Armed Men Who Claimed to Be Hired by Trump Showed Up at a Florida Polling Place

A North Carolina man who was indicted last month on charges of child pornography also had plans to commit a mass shooting during the holidays and assassinate Democratic presidential nominee Joe Biden.

A wise person can always be found alone.

A weak person can always be found in crowd.