Threat to UK is as great as bombing of London – but too many just do not see it that way. Boris is no Churchill. 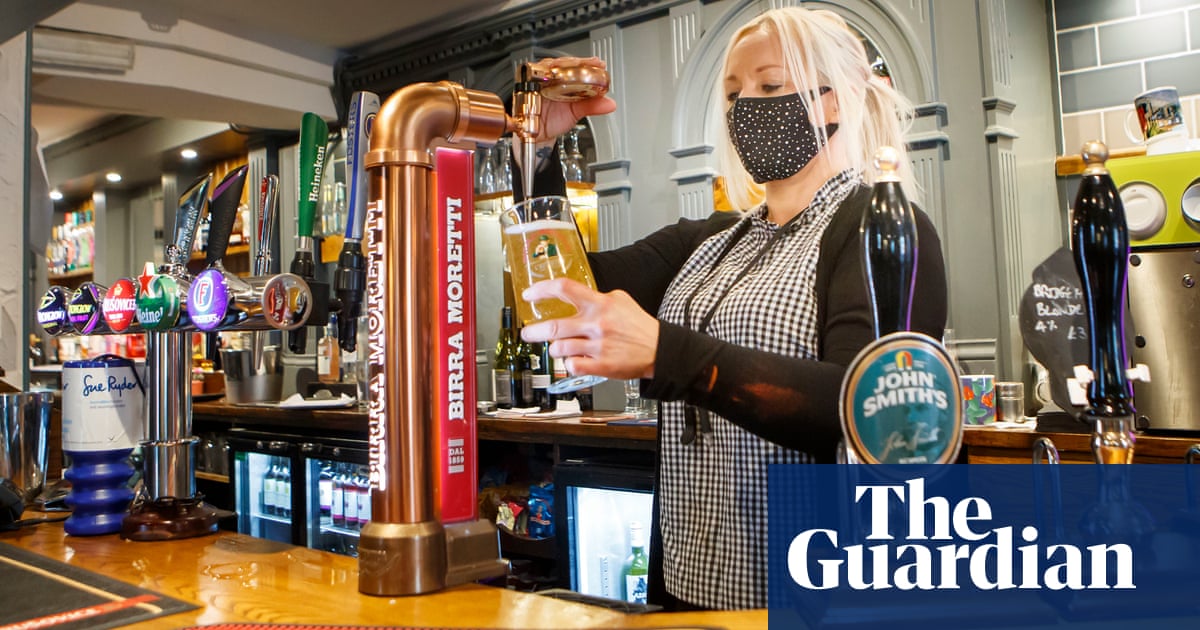 Business leaders are mounting a legal challenge to the government’s lockdown restrictions, which they say have decimated the hospitality industry.

The challenge to the legality of emergency legislation is due to be handed to Downing Street on Monday as swathes of the country prepared for stricter lockdown rules.

A tweet from President Trump claiming that he was now “immune” to COVID-19 after his treatment for the virus last week was tagged by the platform as “misleading” on Sunday.The tweet in question, posted late Sunday…

Kentucky Gov. Andy Beshear (D) and his family have started quarantining after a member of the governor’s security detail received a positive test for the virus on Saturday evening, after driving the first family in …

Israel.
The meal itself took place in a small, air-conditioned room with no windows, as waiters came in and out of the room intermittently.

“MIS-C is a new syndrome, and many questions remain about why some children and adolescents develop it after a COVID-19 illness or contact with someone with COVID-19 while others do not,” the CDC says.

As of Oct. 1, the CDC has reported 1,027 cases of multisystem inflammatory syndrome in children; 20 of the children with the ailment have died. Cases have been confirmed in 44 states and Washington, D.C.

Arizona, California, New York, New Jersey, Florida and Georgia are among the 10 states reporting the highest number of cases.

Researchers found that the virus was still detectable 28 days later on glass, plastic bills, stainless steel, vinyl and paper currency that was heated to 20C but only lingered for up to 9.1 days on cotton cloth materials. That number dropped to seven days for stainless steel, plastic notes and glass that was heated to 30C, and three days for vinyl and cotton cloth. “At 40C, virus recovery was significantly reduced” to up to 48 hours, the study read, including all surfaces except cotton cloth, which saw no traces of the virus after 24 hours.

Source: Coronavirus can survive up to 28 days on some surfaces — but heat makes a difference: study – National | Globalnews.ca

Why? Why, in a world where people are always saying things, would he say these things right here? Things that aren’t backed up by what’s scientifically known about the novel coronavirus, which the Associated Press says might leave us with “some immunity” post-infection though how much and for how long remains unknown? Probably because he’s trailing Democratic rival Joe Biden in the polls, per CNN. Probably because he wants to get back out on the campaign trail to make the most of his final weeks before the Nov. 3 election in battleground states, where he’s just announced more rallies in the coming week, ABC News reports—even if he’s got to fake a doctor’s note about “no longer [being] considered a transmission risk to others” to do so. And probably also because people are always saying things. They’re famously always saying things, the people. Source: Big Idiot Still Stupid, Confirmed

The rise of jaguar poaching in Suriname provides a lesson in how a wildlife trafficking network can emerge opportunistically when interests collide — in this case natural resource extraction and Chinese investment — alongside a lack of wildlife crime policing. The chain links this small South American country to vast Asian black markets that have long prized medicinal products made from big cats, especially from tigers, which have grown scarce.

The trade begins with miners, loggers and hunters who chance upon a jaguar deep in the Amazon forest, or experienced poachers who head out to the field to kill a jaguar “on the off chance they can sell it, or if they already have a buyer lined up,” Bruschi told InSight Crime.

After the animal is killed, it is sold to local Chinese merchants who set up around the mining camps. The buyers broker the animal to processors in Suri-name’s capital, Paramaribo, who boil it down to a type of paste that is later smuggled out of the country, eventually reaching Asia.

“We believe the trade is a lot bigger than we realize,” Bruschi said. “It has been a blind spot in the last few years.”

Formula One world champion Lewis Hamilton said on Thursday he saw no need for a new racetrack in Rio de Janeiro and was against cutting down forest trees to make way for it.

Plans for a grand prix circuit, which will replace Sao Paolo’s Interlagos on the F1 calendar, caused controversy locally with environmentalists opposed to the location.

Supporters of the project say more trees would be planted than those removed from the forested area in the Deodoro sector of western Rio, around what is now a disused military site.  (humans planting trees is not the same or as effective as nature planing and sustaining trees)