Russia, the peacekeeper – Trump too busy tweeting about non-issues to help. 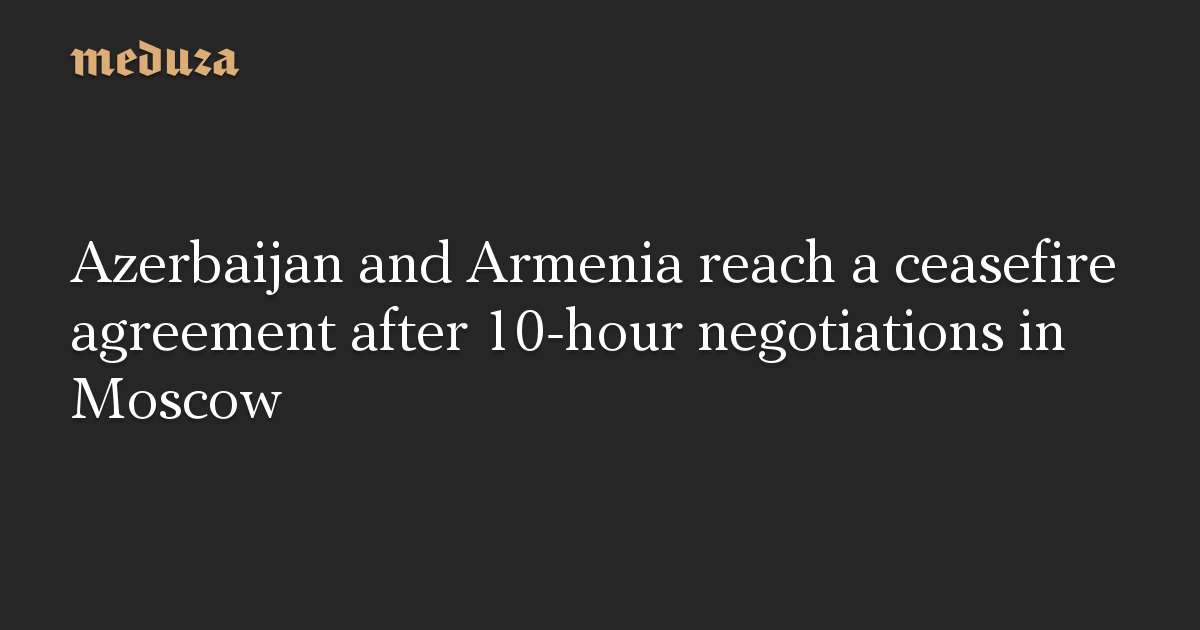 Russian Foreign Minister Sergey Lavrov announced before dawn on October 10 that Armenia and Azerbaijan have reached a ceasefire agreement to halt the fighting over the breakaway Nagorno-Karabakh Republic that reignited on September 27. Both Baku and Yerevan sent their top diplomats to Moscow on Friday, October 9, for negotiations under Russian mediation. Foreign Minister Lavrov told the news agency RIA Novosti that the ceasefire talks lasted 10 hours.