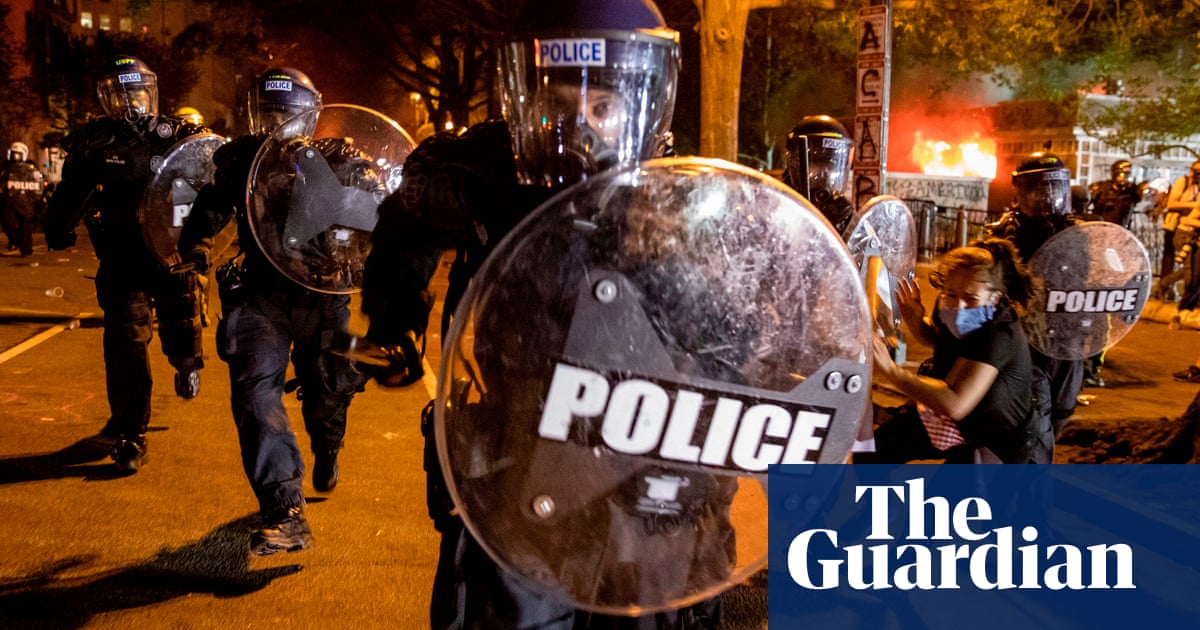 US law enforcement officers used British anti-riot gear to strike protesters during their controversial policing of Black Lives Matter demonstrations, despite assurances from the Conservative government that no UK-made equipment was used to repress peaceful protest.

Officers deployed at demonstrations in Washington DC hit protesters and in one case a journalist using shields made by the British-based firm DMS Plastics. Video and photographs suggest, and a lawsuit alleges, that officers charged at protesters, rather than acting in self-defence. US forces deny the allegations.