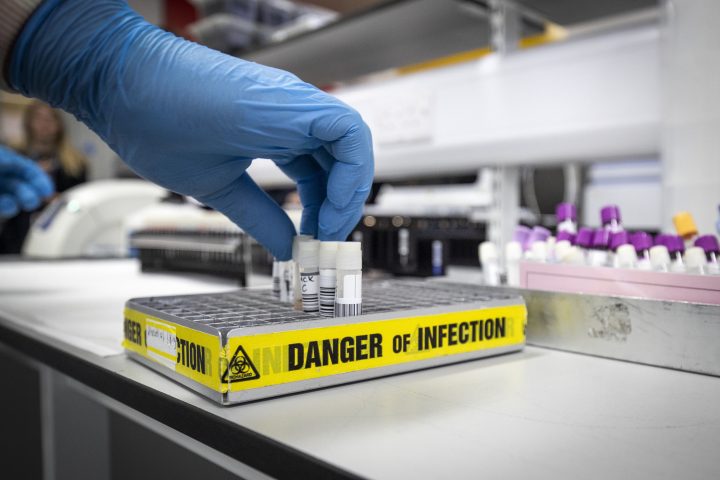 A total of 89 deaths were also reported by health authorities across the country, of which only eight had occurred in the last 24-hours.

Sen. Mike Lee (R-Utah) announced Friday that he has tested positive for COVID-19 and said he first began feeling symptoms Thursday morning ― right around the time he attended a nearly 90-minute Senate Judiciary Committee hearing without a mask on for at least part of the time.

Lee’s positive COVID-19 test raises serious questions not just about which other senators he may have infected, but what it means for the committee’s plan to begin Amy Coney Barrett’s Supreme Court confirmation hearing in 10 days.

Lee was there for the entire hearing. He spoke for more than 10 minutes straight when it was his turn to talk, at times shouting into the room. He sat feet away from Cruz. He did not have a mask on when talking, and at times did not have it on when not talking.

It is looking increasingly possible that Saturday’s White House ceremony in which president Donald Trump named his nominee for the vacancy on the Supreme Court may have been a coronavirus superspreader event.

Video emerged on Friday of Republican Senator Mike Lee of Utah, who has since tested positive for the virus, enthusiastically hugging other attendees. He is also seen holding his mask in his hand.

Almost no one is seen wearing a mask at the Rose Garden announcement that Judge Amy Coney Barrett is nominated to the court.

Judge Barrett’s colleague, the president of Notre Dame Reverend John Jenkins has also tested positive. In an email to students, faculty, and staff, he wrote: “I regret my error of judgment in not wearing a mask during the ceremony and by shaking hands with a number of people in the Rose Garden.”

an investigation has found at least 80 ads that do just that, run almost exclusively by right-wing groups or individuals, were active on the site as of Thursday evening. The ads have already garnered more than 2 million impressions, with the potential to reach many more American voters.Source: Facebook Is Still Showing Ads About Election Fraud to Millions of Users

In the summer of 1967 more than 100 cities in America were caught up in riots.

US Senator Fred Harris urged the President, Lyndon B Johnson, to investigate the causes.

He set up the Kerner Commission and appointed Fred Harris as one of 11 members to find out why America was burning.

The final report shocked many Americans when it blamed white racism for creating and sustaining black ghettos.

Fred Harris spoke to Witness History about that summer.

Source: The 1960s report that told the USA it was racist – BBC News

Source: 17 Republicans Just Voted Against a Resolution to Condemn QAnon. We Asked Them All Why. – Mother Jones

Three White House reporters tested positive for COVID-19 Friday after President Trump confirmed he was diagnosed with the coronavirus earlier in the day.

The White House Correspondents’ Association (WHCA) said in a letter to White House reporters that the three unidentified individuals had all been at the building within the last week and that the White House Medical Unit is beginning the process of contact tracing for each person.

Caliph Wannabe 2.0 deja vu – would be funny except people will die for his ego.

Heavy fighting escalated this week between Armenian and Azerbaijan forces over the disputed separatist region of Nagorno-Karabakh. On Friday, global leaders renewed calls for a ceasefire with French President Emmanuel Macron pressing for a fresh round of peace talks. In an interview with FRANCE 24’s Gulliver Cragg in Yerevan, Armenian Prime Minister Nikol Pashinyan sat down to discuss the crisis embroiling his country.