“Where the willingness is great, the difficulties cannot be great.”

Not all things comes easy. There are a lot of things and situations people can’t change because that is just how it is.

Some people are born in the wilderness of poverty. Some would wake up staring at the plain white ceiling of a hospital room, dull and empty. Some would even feel useless and would start to think, what’s the point of living?

At some point when it’s just too hard to bear, some would resolve on giving up on life, their dreams, and recognize the fact that they cannot be what they wanted to be, without even trying.

The big point here is that the world does not stop. It keeps spinning and spinning until, no one knows. It’s not an option to quit just by the reason of you being physically incapable…

Newly released audio of a conversation President Donald Trump had with Washington Post journalist Bob Woodward on April 13 reveals more starkly than ever how Trump misled the American public about the threat posed by Covid-19, the disease caused by the novel coronavirus.

Trump told Woodward that “this thing is a killer if it gets you. If you’re the wrong person, you don’t have a chance.”

“So this rips you apart,” Trump added. “It is the plague.”

CNN broadcast the audio on Monday

while Trump leveled with Woodward, he said very different things publicly. On April 10 — three days before the aforementioned conversation — Trump tweeted, “The Invisible Enemy will soon be in full retreat!” Source: New Woodward audio shows how Trump misled the US about the coronavirus – Vox

A number of right-wing groups online have shared posts making such claims. “A lot of these fires starting around Oregon are being purposely set by ANTIFA BLM,” reads one such post that has been shared hundreds of times.

Officials in the region are pushing as hard as they can against the disinformation campaign. Ashland, Oregon, Chief of Police Tighe O’Meara issued a statement decrying the allegations, saying flat-out that the idea that fires near that community were set by antifa is “100% false information.”

Meanwhile, leftist organizations in cities like Portland and Seattle (places that some on the right might portray as antifa hotspots) are stepping up, providing aid to those who have been displaced by the effects of the wildfires in these areas.

Images on social media demonstrate how these groups in Portland, which have set up mutual aid projects near a popular theater in the city, are handing out a number of items for those who may have lost their homes. Aid is coming in the form of food (including cooked meals), hygiene supplies, toys for kids, masks and other devices to prevent the spread of coronavirus, and even food for pets. Camping space at a nearby park, as well as medical and crisis support, is also being provided by these organizations. 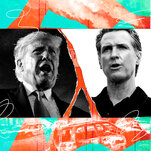 We have to adapt to it, too.

Once upon a time there lived in the little village of Saranac, New York a dear little girl named Carmen whose papa and mama were very poor but happy as Christmas time drew near.

Carmen talked of Santa Claus and wondered if he would visit her. She had a dear good Auntie who was always thoughtful for her comfort and did many things for her that her mamma was unable to do because she was an invalid.

So when Auntie made her presents, she gave nice big gingham aprons or dresses, or stockings which made mama’s heart glad, for she knew they were the very things her girlie needed.

A short time before Christmas papa hired a pony and carriage and took Carmen to the stores to do their Saturday shopping. In one store, where they went, were beautiful dollies of all kinds and many pretty toys. Carmen selected a little cradle, a little white high chair for dollie and a cute little dollie in pink dress and bonnet. Mama got her candy also and some necessary articles of clothing.

One day a letter came from dear Auntie saying a box was on the way full of Christmas cheer – and when it was opened, the dear baby was delighted with the nice new aprons, bibs, slippers, etc. But she knew they were from Auntie – not Santa and her toys she knew were from papa and mama. And when anyone asked her what Santa brought her, she would say, “He didn’t bring me neny sing.” This made mama feel badly for she couldn’t do any more for her baby but would tell her that she had been well rewarded by others – but still she could not forget that Santa had forgotten her.

As mama was setting the table for tea on Christmas night, she took down a small glass dish for pickles – one she had not used for a long time and Carmen had forgotten she had. So she asked where it came from. Mama told her she found it one time in her stocking on a Christmas morning. “Well, couldn’t I hang up my stocking?” asked Carmen. “It is too late my dear,” said Mama. Santa filled stockings last night. “Well… but maybe he would remember that he forgot me and will come tonight,” said Carmen. Mama told her to run along and not bother her – for she was nervous and sometimes a little cross, and Carmen annoyed her with so many questions.

When bedtime came, she got ready for bed and mama told her she might get into her own bed down stairs till papa went up – then she wouldn’t be up there all alone. No one noticed her undressing but a long time after she was asleep papa said, “I guess I’ll shave.”

He got things ready and as the fire was low, he went out to get wood – so thought he would prepare the kindling for the morning fire at the same time. While he was out, Mama happened to notice that on one the two posts of a chair were hung two little stockings – all baggy at the knee where some little girl had romped and played, and a tiny hole, which the garter made at the top.

The big tears started in mama’s eyes and a big stinging in her nose made more big tears. When papa came in she said, “Look! What faith the child has.” Papa’s eyes were a little misty too. He said, “Haven’t you any thing you could put in there?” But she had nothing that Carmen had not seen.

Money was scarce – for the farmers for whom papa chopped did not always have ready money to pay him. But by hunting around, they scared up forty cents and papa said, “I’ll not shave but will hurry down and the drug store will likely be open and I may be able to get something.” It was nine o’clock then – and it being Christmas – the drug store was closed but he found another store open and so did the best he could there.

He got mixed candy and peanuts, an orange and 2 picture books. Mama had some net candy bags, which she filled with candy and put in then the nuts and lastly the books rolled up and sticking out of the top.

When papa got ready for bed he picked Carmen up and carried her up the stairs and when she got up there she awoke and began to ask if he left the door unlocked for Santa, and if he left a light on for him, etc. She could hardly get to sleep again. She was so excited and mama and papa were glad they had discovered the little stockings.

When morning came papa, came down first to build the fire and Carmen called down, “Daddy! Is there neny sing in my stockings?” Daddy said, “Come and see” and there was a very happy little girl that morning.

She was more pleased with those few things than all the other things she got – for “Santa” had brought them. So mama resolved that next year – what ever came for her, something should be reserved and put in the stocking and it would be of greater value.

These are the facts as they happened on the Christmas of 1912.
Maude Wright

Postscript: Maude Wright, my grandmother, was not able to keep her promise. She died a few months later in 1913 from the effects of chronic TB during the birth of her second child.

My grandmother, Maude Wright mailed this handwritten story shortly before she passed with a letter to her sister. Later, Carmen’s auntie passed this story to my mother Carmen.

I did not see the story, or even know it existed, until one year after after my mother had died at age 86 on December 7, 1994.

Just before Christmas of 1995, my brother sent me a package of photos and papers my mother had kept. This story was folded up with no special appearance and included with the photos and other papers. I actually put it aside and looked through the photos first.

When I finally looked at the neatly folded sheet of paper of the type that in the past used by first grader’s to practice their “letters,” I discovered why on each Christmas morning my brother and I would find under the Christmas tree a stocking with our name on from Santa with mixed candy and peanuts in net candy bags, an orange and 2 picture books rolled up and sticking out of the top. My grandmother could not keep her vow but her daughter Carmen kept it for her with her two sons. Thanks, Grandma. Ned Hamson

The United States ambassador to Mexico was accused of bullying after he lashed out on Twitter at a college student who suggested that his analysis of Mexican people was basic.

Ambassador Christopher Landau’s belligerent response generated headlines across Mexico and demands that he apologize. Landau, who has been floated as a possible nominee to the U.S. Supreme Court, has instead doubled down. He tweeted pictures of the student’s message even after she deactivated her account following a flood of hate messages.

A teacher in the District of Columbia wrote about the hidden scandal in public education: crumbling buildings. She writes: For all the debate about why schools should not open … the most obvious elephant in the room is invisible or just a footnote in most discussions. Yes… schools are crowded, yes… the government is not […] […]

Thanks, Diane, for reminding us of the Long-Term stakes: Teacher: The Hidden Scandal in U.S. Education — Diane Ravitch’s blog — ShiraDest: toward The Four Freedoms for All Human Beings

State Sen. Anna Kaplan (D) included a redacted copy of the letter in a statement condemning the misinformation.

“I’m absolutely disgusted that some coward would spend their time trying to scare parents with anonymous notes like this full of lies and conspiracy theories,” she wrote. “There is absolutely no excuse for spreading misinformation and fear here in our community at a time when Nassau residents are doing their best just to get by during these incredibly challenging times.”

Kaplan has asked the Nassau County police to investigate the letters. They currently have no leads where they may be originating from.