no baby for her arms

Burying 2 children (for different families) in one day is overwhelming for us, but it sadly is not uncommon for our Ugandan family. Just 2 weeks ago, one village buried 10 boys playing soccer when the lightening hit.

Jesus as He sojourned on this dirty planet not only saw but lived the sorrow of living.

Consider:”Love your neighbor as yourself” which He considered the second greatest commandment after “Love God.”Matthew 5:43 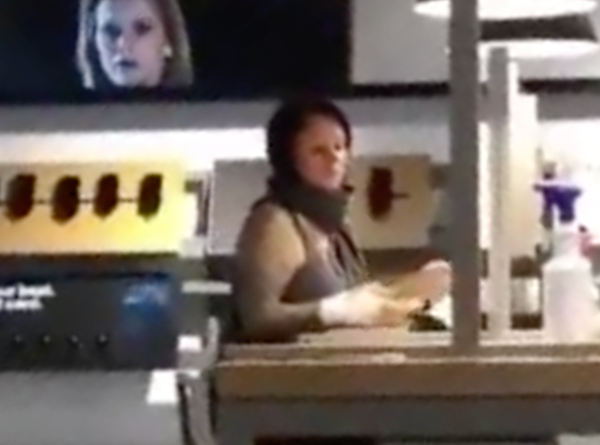 In addition to shrieking racist and offensive slurs, the anti-mask customer is seen on video shouting that she is “not walking around the goddamn f–king city with no data.” [ more › ]

“We were actively retreating, taking steps backwards,” Bernard, who suffered bruising and was sore on Sunday, told Gothamist in a phone interview. A space in the line of protesters facing police opened up when she was grabbed by police, she said. “He pulls me into a swarm of, I don’t how many cops, too many to count.”

Clingman had grabbed her by the waist while the cop who grabbed her told other officers to form a circle around her, Bernard said, adding she was grateful for him.

Bernard said she hadn’t seen such escalation from officers since the first few weeks of the protests against police violence this summer during a historic curfew, sparked after the police killing of George Floyd in Minneapolis, as well as a police raid of Abolition Park during weeks of protests at City Hall calling for defunding the NYPD.

Officers in riot gear “have been following us around the city for over 100 days,” she said.

“We didn’t expect them to actually make arrests and be as aggressive and brutal as they were,” Bernard said. “They’re very willing now to escalate and go back to the things they were doing in weeks one two and three of this movement.”

The director of the Center for Infectious Disease Research and Policy at the University of Minnesota said Sunday that he agreed with Anthony Fauci, the nation’s top infectious diseases expert, that Americans would need to…

How entitled can a person be!

A San Diego man says he has to undergo surgery for a broken nose after being attacked for enforcing the face mask policy at the bar where he works….

The closure will go into effect at 2 p.m. on Friday and last through Simchat Torah on October 9.

The reporter, Josie Huang, of KPCC and LAist, was taken into custody outside St. Francis Medical Center in Lynwood and released hours later. She received a citation for allegedly violating the obstruction law, Penal Code Section 148.

“That’s what surprises me the most is that once she was identified as a reporter that they transported her, that they cited her,” L.A. County Inspector General Max Huntsman said Sunday. The independent monitor oversees investigations into actions by the Sheriff’s Department.