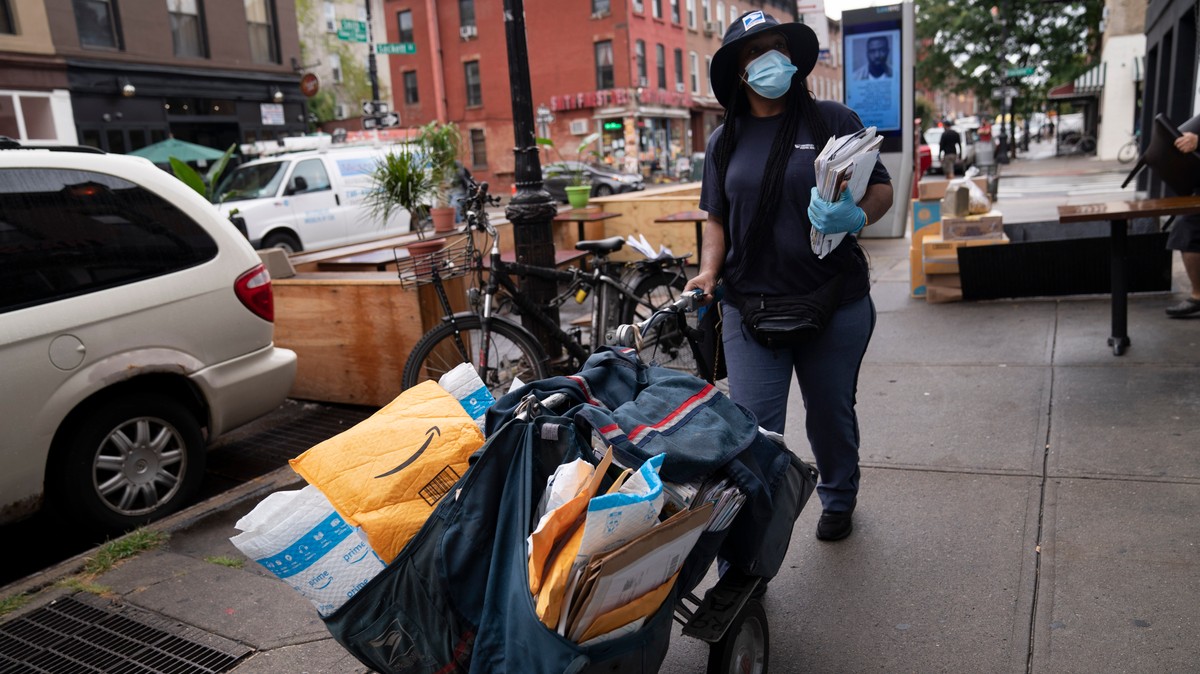 There are significant “concerns” about the U.S. Postal Service and state election agencies’ ability to “help ensure the timely delivery of Election and Political Mail” ahead of the November general election, according to a 31-page report issued by the agency’s inspector general earlier this week.

Looking at mail processing facilities in seven locations during primary elections in May and June of this year, the inspector general found that about 8 percent of pieces of political mail—totaling about 1.6 million pieces—weren’t delivered on time, and that many of the facilities inspected did not use quality controls put in place by the agency to prevent delays. The locations inspected were in Santa Clarita, California, Portland, Baltimore, Indianapolis, Brooklyn, and Oklahoma City.

While the USPS has “made progress” in its election preparations, the Inspector General said,  the audit found several red flags, some of which were also found in audits in the 2016 and 2018 cycles. Those include outdated voter registration information sending mail to the wrong address, postmark requirements on ballots varying substantially from state to state, and perhaps most importantly, the prospect that the Post Office will have insufficient time to deliver election mail such as ballots because it was sent too close to the election.

These issues partially stem from the drastic increase in voters using the mail to cast their ballot this year, as well as a lack of communication and coordination between state election officials and the USPS.

The reported noted, however, that all but one of the facilities inspected used their own version of logs that help track election mail, and that some of those logs were missing information such as the class used to send the mail as well as the date and time it was cleared.

The OIG report comes at a tumultuous time for the Post Office. After his appointment in May, Postmaster General Louis DeJoy implemented a series of cutbacks that reduced service, such as deactivating mail sorting machines and forcing mail carriers to leave for their routes even if some mail wasn’t ready to go yet, reforms that were heavily criticized by rank-and-file postal workers and congressional Democrats.

President Donald Trump has only exacerbated scrutiny of the issue with frequent diatribes against voting by mail, which many states are moving to in order to reduce the spread of the COVID-19 pandemic. Trump appeared to admit that he was holding up federal relief for the Postal Service in order to stymie its ability to handle mail-in ballots during an interview with Fox Business last month, though he later denied doing so.

DeJoy eventually said he would halt further changes until after the election, but at a contentious House committee hearing last week, he refused to undo the changes he had already made. During the same house hearing, DeJoy also denied the cutbacks were meant to help the President make his case against vote-by-mail. “I am not engaged in sabotaging the election,” DeJoy said.

The Inspector General’s audit didn’t inspect those changes made by DeJoy and the Postal Service this summer, but said it has an “ongoing project” to do so.

The USPS is already responding to the report’s recommendation that there needs to be “higher level partnerships and cooperation between the Postal Service and various state officials.” DeJoy will meet with the National Association of Secretaries of State election committee later this month, the U.S.P.S. said in a Tuesday press release.

“I look forward to continuing the close cooperation with our nation’s Secretaries of State,” DeJoy said in a statement. “I will reiterate to the American public that if you choose to use the mail to vote, be sure to request ballots early and mail them back early.”