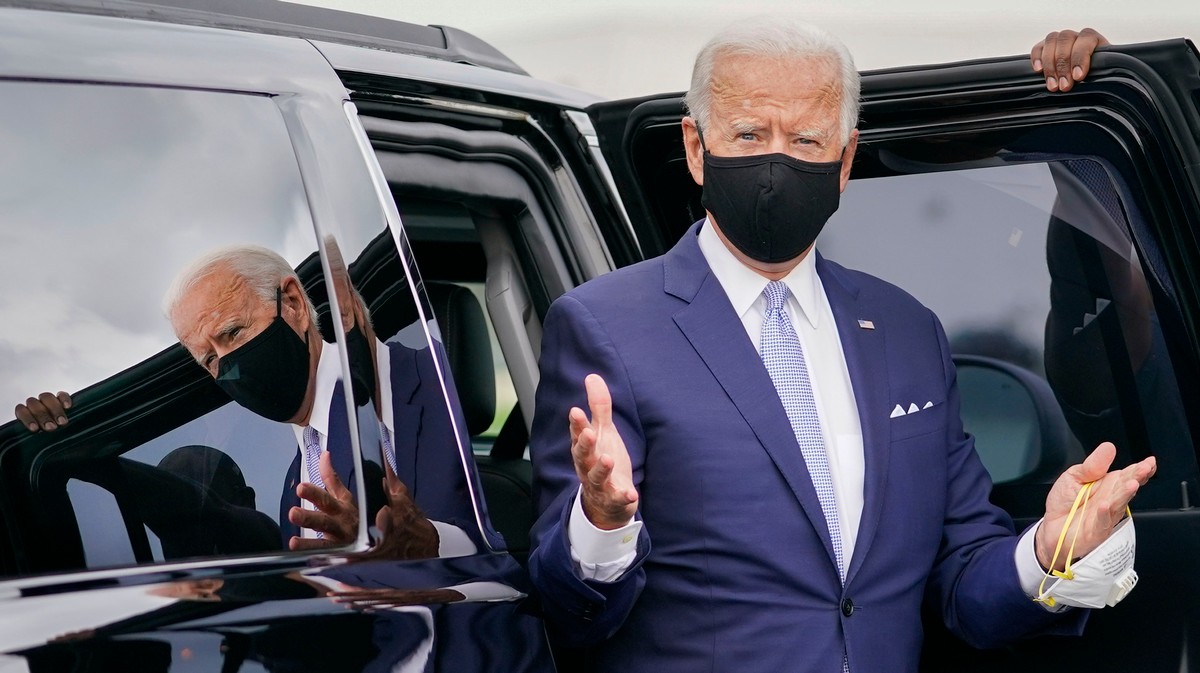 With just over 60 days to the 2020 election, Facebook and Twitter have announced that the Kremlin-backed organization that interfered in the 2016 election is once again targeting Americans with disinformation.

The announcement is the first evidence that St. Petersburg-based Internet Research Agency is seeking to repeat its success of four years ago and disrupt the U.S. presidential election. And while this campaign was ultimately unsuccessful, it showed that the Kremlin is repeating the strategy it pursued four years ago, by persuading left-leaning voters that Joe Biden is too centrist.

The accounts taken down by Facebook and Twitter were designed to amplify a website called PeaceData, which advertises itself as an independent news outlet in English and Arabic.

Facebook said it had removed 13 accounts and two pages, which sought to “target public debate in the U.S.” and other countries, including the U.K. and Egypt. Twitter said it had removed five accounts for “platform manipulation that we can reliably attribute to Russian state actors.”

Both platforms stressed that the campaign was in its very early stages and as a result had very limited impact.

Indeed just 5% of the content of the site related to the 2020 election, according to Ben Nimmo, director of investigations at social media monitoring company Graphika, who wrote a report on the campaign.

However, Nimmo and his colleagues concluded that the campaign was designed to sway left-leaning voters in the U.S. away from voting for Biden.

“The operation conducted its targeting with pinpoint precision,” Graphika’s report said. “English-language Facebook assets run by the operation itself focused very heavily on a small number of political groups, including Democratic Socialists, environmentalists, and disgruntled Democrats in the United States.”

By doing this, the Kremlin was seeking to target an audience of left-leaning voters in the U.S. who it believes can be dissuaded from supporting the more centrist leadership of the Democratic Party.

“This facet of the operation suggests an attempt to build a left-wing audience and steer it away from Biden’s campaign, in the same way that the original IRA tried to depress progressive and minority support for Hillary Clinton in 2016,” Graphika said.

The White House has been silent on the threat posed by Russia ahead of November’s vote and last week it was revealed that Congress would no longer receive in-person briefings about election security and interference in the run-up to the vote.

However, U.S. intelligence agencies have been warning for months about the threat from Moscow, and it was a tip from those same agencies, fed through the FBI’s Foreign Influence Task Force, that first alerted Facebook and Twitter to the IRA’s latest effort.

While the campaign’s social media accounts used fake names and profile pictures created using deepfake technology, the IRA was able to recruit freelance journalists to contribute content to the website.

One writer, who spoke to the New York Times, said he was happy to be paid for his work — earning just $75 per story — and that he was told to write content on whatever themes he wanted.

The writer’s articles, before he unwittingly worked for the IRA, questioned whether Biden represented the progressive values of the Democratic Party and whether he deserved the vote of left-wing Americans. It’s not clear what he wrote about for the fake IRA news site.

Soon after Facebook and Twitter announced the takedowns, the site, which is still online, denied that it was a front for a Russian disinformation campaign.