We’ve had evidence for some time that right-wing extremists have been lurking at anti-police protests around the nation, amplifying the violence by engaging in vandalism, assaults, and attacks on police—often while pretending to be there to support Black Lives Matter and antifascists leading the protests.

This weekend in Richmond, Virginia, police arrested several such saboteurs during a Black Lives Matter protest, according to city Mayor Levar Stoney. “White supremacists” were carrying pro-BLM signs and breaking windows at downtown businesses, Stoney said, but were stopped when BLM protesters pointed them out to police.

Her soul was buried in the deepest of her oceans,

Awake, more than once, there’s a light she could see.

Up the surface she goes bearing her breathless soul,

But the waves were so strong twice the currents down below.

She was left with no choice but to choose with the two,

The storm up above or the calmness of the deep.

Two endings she supposed, “Which one should I choose?”

Her soul cannot breathe, “My heart, it felt cold.”

It was written into US Constitution, pervaded laws of US until late 1960s. Sets many political electoral boundaries today. He should stop drinking Trump Aid brand of Kool Aid. Barr said there is a “false narrative” regarding attacks on black people by white police officers. He also said the US Justice Department believes anti-fascist movement antifa is at the heart of violence during protests.

He’s using the levers of his office to peddle baseless conspiracy theories.

On Sunday, the White House chief of staff Mark Meadows told Chris Wallace that he had to Google QAnon to find out what it is, as opposed to requesting an FBI briefing. Unlike him, the Russians are doing their homework. Outlandish QAnon conspiracies are translated into Russian and thoroughly studied by pro-Kremlin propagandists.

Concerned by the negative impact a Biden-Harris presidency would have on the Kremlin’s geopolitical gains under Trump, the Russian state media is test-driving conspiracy theories targeting vice presidential candidate Kamala Harris. Russian media outlets reluctantly admit that Harris is an exemplary wife and mother, with an impressive career and impeccable credentials, but Russian propagandists have found a few wild QAnon theories to throw at her.

I keep asking myself, why do they hate us? Why is it so easy for police to shoot us with the intent to kill? What does law and order truly mean for Black people?

What does “liberty” truly mean when you are a Black man, or a Black woman constantly denied the due process of law? My country ’tis of thee, sweet land of liberty — but for who? When freedom is fleeting and reserved only for the few? When the institutions that impact our livelihood are infected with racism and inequality? When kneeling for the anthem and peaceful protests against systemic racism incites fury, yet the taking of Black lives elicits silence?

I keep asking myself, why do they hate us? Why is it so easy for police to shoot us with the intent to kill?  What does law and order truly mean for Black people? Rhetorical questions when there is still no explanation for a man had to be shot seven times in the back — in front of his three children.  Defaulting to simply altering training standards and recruitment processes, devoid of transformational shifts in policy and divestment from ballooning budgets, will only preserve the status quo. Re-imagining safety is about upending the imbalance of power and holding accountable those officers who act with impunity.

My uncle served as a police officer. As a former prosecutor in the Bronx I worked closely with numerous police officers to support victims of domestic violence. But singling out those who have upheld their sworn obligations, in the taxpayer-funded jobs that they are entrusted with, has absolutely no bearing on the unambiguous fact that the institution of policing is fundamentally racist.

The fear of being killed while Black by a police officer is more than just a distant fantasy.  It is a palpable and ever-present reality. I hear the words of my father, a man who survived the segregated south and had more than his share of encounters with police: “Let me know you made it home safely.”

From the time I began driving unchaperoned or was allowed to go places overnight, in college taking road trips across state lines, and through adulthood living away from home, he would make this admonition.

Be safe, he would say. Stay calm if you are pulled over. Keep your hands in sight.

Even with my father’s passing five years ago, these words have remained with me. He would deliver this warning not with sternness, but with love, but also with an unmistakable hesitation in his voice because, as a Black man, he knew that this racist world had a fear of me.

I woke up the morning after the Jacob Blake shooting numb. Traumatized. Horrified by yet another shooting of an unarmed Black man, by yet another police officer. But I woke up — in my own bed and not in a hospital room tethered to machines. I woke up — alive.

Each time it happens there is the same routine. A plethora of excuses. Requests for us to be patient. Promises of pursuing justice — that justice will prevail.

Our pain is played over and over on the daily news cycle.  But the silence of those who uphold this racist system is suffocating. We do not need any more thoughts and prayers.  So many of us are already praying that our lives, and the lives of our family members, our friends and neighbors, our brothers, and sisters, are not extinguished in a hail of gunfire or a knee to the neck.  George Floyd. Breonna Taylor. Trayford Pellerin. Anthony McClain. Rayshard Brooks.

We all should be inspired by every individual and organization who continues to lift their hands, organize, disrupt, agitate, and demand change. Protest is power. When the question is posed, who will stand in the gap, they step forward and say, “Here I am.  Send me.”

And daily, I feel the question: So what can I do?  What can you do?

Do not be silent. Continue to support the advocates, organizers, truth-tellers, and freedom fighters who are troubling the waters, awakening this nation from its 400-year plus slumber, and holding policymakers and systems accountable.

Support the organizations who are on the frontlines demanding justice at every level of government and laboring to ensure that one day Black lives will matter not just in words but in deeds. Not just in sanguine statements and symbolism without substance — but through a fundamental repair of the harm inflicted upon Black people.

Support organizations who are ensuring that policy pronouncements brought about by organized action are actually implemented and aligned with community needs.

Now is not the time to get comfortable. Throw your norms out. Be bold, consistent, and creative to meet the moment.

My country ‘’tis of thee. Stony the road we trod. Bitter the chastening rod. Until victory is won — and the police stop killing us. 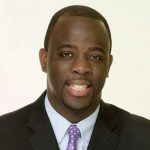 Alex M. Johnson is a program director at The California Wellness Foundation

Alex Johnson is a program director at The California Wellness Foundation, where he manages a grantmaking portfolio focused on community environments, violence prevention, and healing justice, and youth justice. Prior to joining Cal Wellness in June 2018, Johnson was managing director for Californians for Safety and Justice in Los Angeles. He previously served on the California Racial and Identity Profiling Advisory Board. He is a current member, and past president, of the Los Angeles County Board of Education.