the list of companies that have banned her for far-right extremist views is extensive. Loomer lists a dozen bans, seemingly as a point of pride, in the promotion of her book Loomered, including:

Yes, TeeSpring, the custom t-shirt company has banned Loomer, by her own admission. It’s not clear what got her banned, but we do know the reason behind many of the other banishments from social media. Loomer was kicked off of Twitter, for instance, because she continually spouted hateful rhetoric about Muslims.

“Instead of saving lives the decision to close universities could cost lives. It is significantly safer for  students to live with other young people than to go home and spread the virus to older Americans,” he said. “The coronavirus is far more deadly for older people and those with underlying conditions.”

Source: Trump pushes for universities to reopen even as coronavirus cases spike on campuses | TheHill

Twitter said last month that it was removing thousands of accounts tied to QAnon as well.

Republican state officials have encouraged voting by mail in their states even as President Trump denounces the practice, Politico reported.

Republican state officials have encouraged voting by mail in their states even as President Trump denounces the practice, Politico reported.

An aggressive push by Iowa’s pro-Trump governor to reopen schools amid a worsening coronavirus outbreak has descended into chaos, with some districts and teachers rebelling and experts calling the scientific benchmarks used by the state arbitrary and unsafe. The clash in the Midwest has illustrated in condensed form the tension between science and politics — and between economic concerns and health fears — that has characterized the nation’s response to the outbreak from the White House on down. The virus has devastated the U.S. economy and killed over 170,000 Americans.

It’s been four months since most of the federal government’s $1,200 stimulus checks went out. The $600 a week federal boost to unemployment benefits expired three weeks ago, along with a moratorium on evictions. Many small businesses have already spent the money from their federal emergency loans.

Source: Stimulus: ‘A growing sense of panic’ with no fresh federal relief in sight – CNNPolitics

Sen. John Cornyn, a Texas Republican up for re-election this year, posted an ad over the weekend touting his dedication to safely reopening schools in the Lone Star state, which appears to use stock footage of a classroom halfway around the world in Estonia.

The 30-second spot, called “Cares,” is meant to foreground the lengths which Cornyn has gone to in order to re-open schools safely.

“The Postmaster General’s alleged pause is wholly insufficient and does not reverse damage already wreaked.  The Postmaster General frankly admitted that he had no intention of replacing the sorting machines, blue mailboxes and other key mail infrastructure that have been removed and that plans for adequate overtime, which is critical for the timely delivery of mail, are not in the works.  All of these changes directly jeopardize the election and disproportionately threaten to disenfranchise voters in communities of color.  At the same time, we are highly concerned that the slowdown of the delivery of medicines to veterans is not being sufficiently addressed. 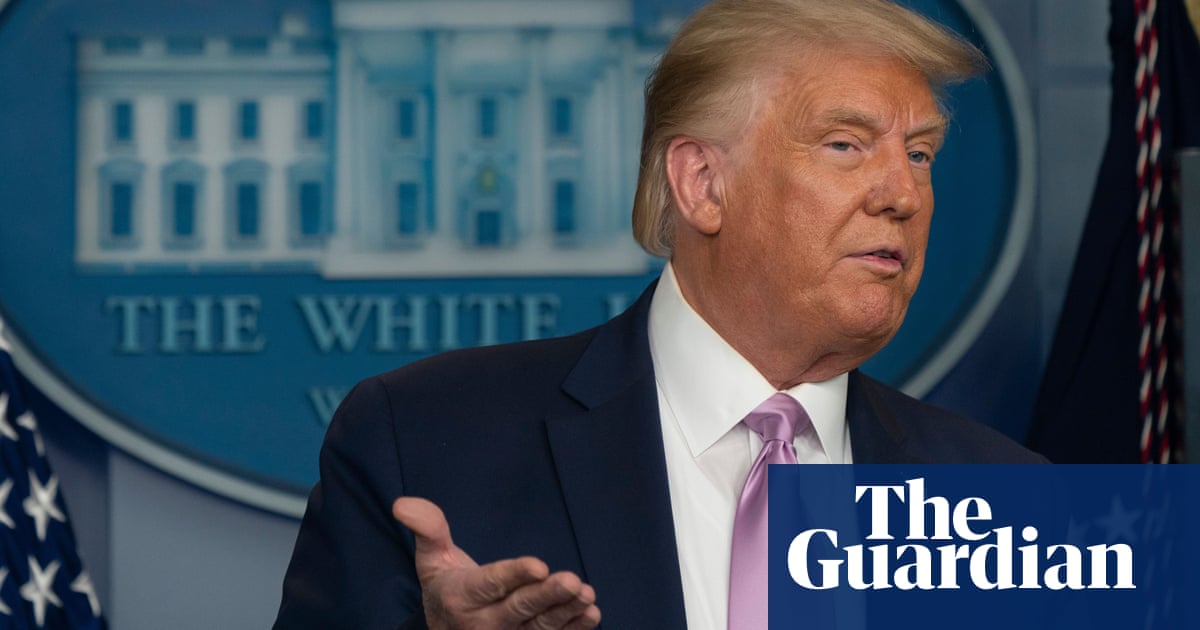 Donald Trump has tacitly endorsed QAnon, a baseless rightwing conspiracy theory identified as a potential domestic terrorism threat by the FBI, claiming its followers “love our country” and “like me very much”.

Followers of the QAnon movement believe without evidence that Trump is fighting a Satanic “deep state” of global elites involved in paedophilia, human trafficking and the harvesting of a supposedly life-extending chemical from the blood of abused children.

Yet asked about the theory at Wednesday’s White House press briefing, the US president failed to condemn it. “I don’t know much about the movement other than I understand they like me very much, which I appreciate,” he said. “I have heard that it is gaining in popularity.”

NOOOOOO! His comments are political and not based on facts = just more of his failed magic hopes that pandemic will just go away.

President Donald Trump on Wednesday said he was