It has been eight months since the first case of COVID-19 was confirmed in the country. Yet, it has already come to the point of being the leading cause of death, following heart disease and cancer.

BEIJING (REUTERS) – China reported on Tuesday (Aug 18) 22 new coronavirus cases in the mainland for August 17, same as the tally a day earlier, the health authority said.

All of the new infections were imported cases, the National Health Commission said in a statement, making it the second straight day for zero new locally transmitted cases. There were no new deaths.

As of August 17, mainland China had a total of 84,871 confirmed coronavirus cases, it said. China’s death toll from the coronavirus remained unchanged at 4,634.

Postmaster General Louis DeJoy, whose unprecedented changes to the Post Office is being called cover for President Donald Trump’s public plan to prevent Americans from voting this November, has voted by absentee ballot in every major election since 2004, according to public records.

Even on Saturday shortly before midnight, Mr. Trump took no rest from stirring the pot. At 11:09 p.m., just 15 minutes after posting on Twitter a statement mourning the death of his younger brother, he retweeted a message urging the abandonment of cities that he, as president, represents. “Leave Democrat cities,” the message read. “Let them rot.”

Source: Trump promotes message on US cities: ‘Let them rot’

There have been mouse bites and spills and other mishaps during experiments involving genetically altered coronaviruses at a high-security lab at the University of North Carolina at Chapel Hill. 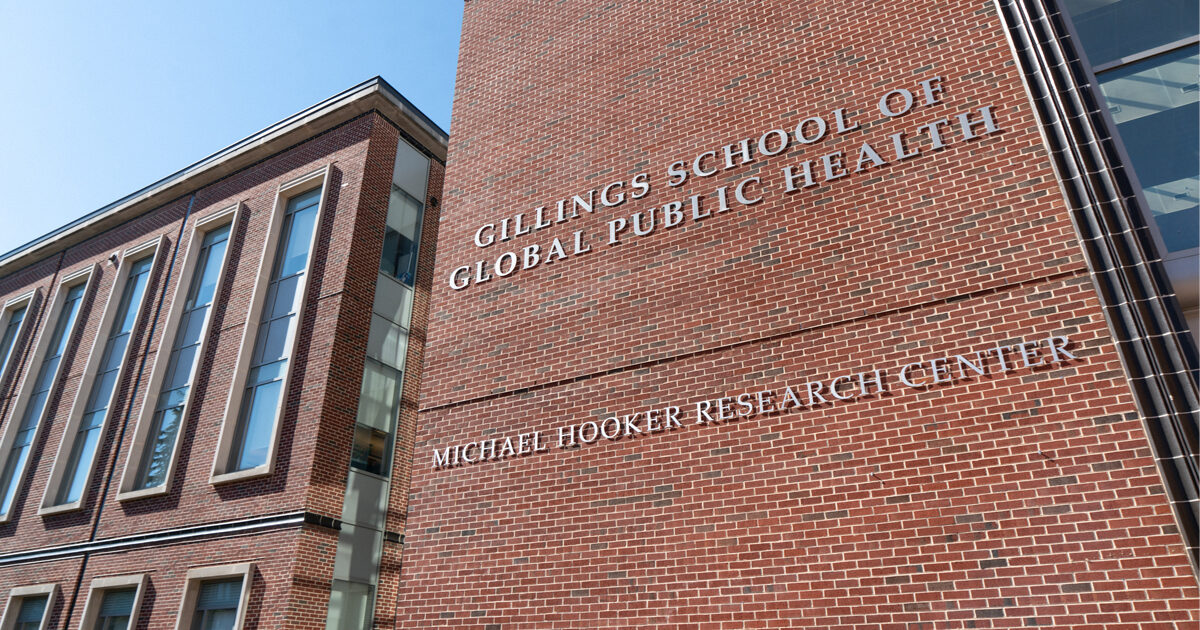 by Alison Young and Jessica Blake for ProPublica

ProPublica is a nonprofit newsroom that investigates abuses of power. Sign up to receive our biggest stories as soon as they’re published.

From Jan. 1, 2015, through June 1, 2020, the University of North Carolina at Chapel Hill reported 28 lab incidents involving genetically engineered organisms to safety officials at the National Institutes of Health, according to documents UNC released to ProPublica under a public records request. The NIH oversees research involving genetically modified organisms.

Six of the incidents involved various types of lab-created coronaviruses. Many were engineered to allow the study of the virus in mice. UNC declined to answer questions about the incidents and to disclose key details about them to the public, including the names of viruses involved, the nature of the modifications made to them and what risks were posed to the public, contrary to NIH guidelines.

UNC said in a statement that it “notified the proper oversight agencies about the incidents and took corrective action as needed.”

August 2015: Two researchers required medical monitoring after a mouse briefly escaped inside one of UNC’s biosafety level 3 labs. The mouse, which had been infected with an undisclosed type of “mouse adapted” virus, squirmed free of a researcher’s gloved hand and onto the lab floor. It was caught inside the lab and returned to its cage. UNC officials refused to disclose the name of the virus, but NIH officials told ProPublica it was a type of “SARS-associated Coronavirus.” Incident reports say the mouse was no longer believed to be infectious and the researchers were wearing protective gear including powered respirators. Still, the incident was deemed a potential exposure and the workers were required to report their temperatures and any symptoms twice daily for 10 days. Neither was sickened.

October 2015: Three UNC researchers were potentially exposed to an undisclosed “mouse adapted” virus when a shallow container fell to the floor of a biosafety level 3 lab, spilled and potentially created aerosolized droplets. NIH officials told ProPublica the incident involved a type of SARS-associated coronavirus. Even though the three researchers in the lab at the time were wearing safety gear and powered air-purifying respirators, university safety officials deemed it a “potential exposure.” The workers were placed on medical surveillance for 10 days. None were sickened.

November 2015: Two UNC lab workers were potentially exposed to a lab-created type of MERS coronavirus when an empty cage with contaminated animal bedding spilled on the floor of a biosafety level 3 lab. A researcher was in the process of transferring MERS-infected mice to a clean cage when the dirty cage was knocked over. The two workers in the UNC lab at the time of the incident left and allowed the aerosolized particles from the incident to settle to the ground before returning to decontaminate the area. Even though the two workers were wearing head-to-toe protective gear and powered respirators, the incident was deemed a potential exposure. They were placed on medical surveillance for 10 days and required to report temperatures and any symptoms twice daily. Neither was sickened.

February 2016: A mouse infected with an undisclosed “mouse adapted” virus bit a researcher’s finger through two layers of gloves as she tried to weigh it in a biosafety level 3 lab. NIH officials told ProPublica that the incident involved a type of SARS-associated coronavirus. Following lab procedures, the researcher disinfected her gloves and allowed the wound to bleed for a minute before washing her hands with soap and water for five minutes. She was evaluated at UNC’s employee occupational health clinic where the medical director discussed options for isolating the researcher. Instead, “the researcher was required to wear a surgical mask while in public and at work” and to report her temperature and any symptoms twice daily. The reports note the Centers for Disease Control and Prevention was also alerted because the virus involved in the incident is on a list of dangerous pathogens that are federally regulated. The report says “updates were provided to the CDC throughout the medical monitoring period.” The researcher was not sickened.

April 2017: A plate containing virus from lung samples from a mouse infected with an undisclosed type of virus was dropped by a researcher in a biosafety level 3 lab, spilling a small amount of virus material onto an incubator door and the floor. While UNC wouldn’t disclose the virus’s name, NIH told ProPublica that it was a type of SARS-associated coronavirus. In this incident, the university’s employee occupational health clinic said it would not be necessary for the three researchers who were in the lab to report their temperatures to the clinic because the spill was small and the researchers’ safety gear was intact. The workers were advised to do their usual daily self-monitoring for any respiratory symptoms or temperature. No further information about the workers’ health was included in the incident reports.

April 2020: A UNC scientist underwent 14 days of self-quarantine at home after a mouse bite caused potential exposure to a strain of SARS-CoV-2, the virus that causes COVID-19, that had been adapted for growth in mice. The incident in a biosafety level 3 lab happened when a researcher attempted to read the ID number on a tag on a mouse’s ear. The mouse flipped over in the researcher’s hand and bit an index finger through two layers of gloves. It did not appear to break the researcher’s skin, but UNC told NIH in its reports that “given the uncertainty surrounding the exposure, we are treating this as a medium/high risk exposure.” The researcher was instructed to self-quarantine and do twice-daily temperature checks. UNC also notified the local Health Department. No further information about the worker’s health was included in the incident reports.

A nurse practitioner in Iowa City, Iowa, uncovered a glitch in the state’s coronavirus website that has caused the site to mistakenly report lower numbers of new COVID-19 cases and, by extension, a lower statewide infection rate, resulting in state agencies making decisions based on inaccurate numbers.

The Associated Press reported Monday that Dana Jones, the nurse who uncovered the problem, was contacted by the Iowa Department of Public Health in an email confirming the validity of her discovery and noting that the agency is working to fix the problem. The inaccurate data, however, was not reported or announced publicly until Jones spoke with the AP.

“He told us to stop giving money to people whose houses had burned down from a wildfire because he was so rageful that people in the state of California didn’t support him and that politically it wasn’t a base for him,” Miles Taylor, who left the Trump administration in 2019, claims in the ad.

“A lot of the time, the things he wanted to do not only were impossible but, in many cases, illegal,” Taylor said, recalling how Trump “didn’t want” to hear aides inform him that his policies wouldn’t stand up to legal challenges.

“These were his words: He knew that he had ‘magical authorities,’” Taylor said, recalling a phrase he said Trump used to brush off questions from aides.

In Jackson, Miss., three police officers accused of causing the death of a 61-year-old Black man on January 13, 2019, are now charged with second-degree murder.

LAUSD leaders announced plans Sunday to provide periodic coronavirus testing to nearly half-a-million students and more than 66,000 employees over the course of the coming year, all as part of a broader effort to research COVID-19 and determine whether school reopening is safe.

“The health system, ideally, would be doing this,” LAUSD Superintendent Austin Beutner said in an interview Sunday, “but the health system hasn’t responded quickly enough to the need.” (Beutner was careful not to lay blame with any specific public or private entity.)