The Summer Family Bible Conference, held by Andrew Wommack Ministries and Charis Bible College from June 29 to July 3, has had 15 employees and staff members test positive, along with another 15 conference attendees and four others, according to The Pikes Peak Courier.

A new report from the U.S. Department of Justice’s Inspector General has identified a series of breakdowns at a federal prison in Lompoc, California — including a failure to send enough people onto home confinement — that left the complex’s 2,700 incarcerated residents in danger as the virus spread, essentially unchecked, through the prison. Since then, four people locked inside the prison have died of the virus.

More than 1,000 people inside the Lompoc complex tested positive before prison leaders discontinued mass-testing because it appeared likely that herd immunity was already occurring at Lompoc. (The facility’s main mass-test of 963 prisoners returned 882 positive test results — an infection rate of 91.5 percent.)

Back in mid-May, when those 1,000 people had first tested positive, they comprised more than 65 percent of all of Santa Barbara County’s positive tests.

(This alarming statistic prompted Santa Barbara leaders to ask state officials if prisoners could be excluded from the county’s coronavirus counts, so that local businesses and beaches could reopen sooner. Justice advocates and experts have called this logic dehumanizing and flawed, noting that staff can easily spread the virus from the prison to their families and communities.)

In response to the flood of coronavirus cases inside Lompoc, and prison officials’ inaction to stop the spread, the ACLU filed a lawsuit — one of several challenging the conditions inside federal facilities.

In the class action suit, filed on May 16, attorneys argued that there was “no clearer indication of how ineffective BOP’s COVID-19 prevention policies have been than their own statistics” regarding infection rates.

The prison warden and other BOP officials, the complaint said, “have demonstrated that they will not take the measures necessary to prevent the coronavirus from converting more prison sentences into death sentences without court intervention.”

One of the suit’s main petitioners impacted by prison officials’ failure to act was Yonnedil Carror Torres, an asthmatic man whose COVID symptoms were allegedly ignored by staff and who was denied medical treatment for five days before he went into “acute respiratory shock and collapsed in his cell. Torres had to be put into a medically induced coma and onto a ventilator. He now has severe lung damage, according to the complaint.

Last week, a U.S. District Court Judge granted the ACLU a preliminary injunction ordering BOP to identify and make a list of anyone over the age of 50 with underlying health conditions that make them vulnerable to coronavirus complications. The feds have until July 29 to return to the judge with a list of people eligible for release.

The Office of Inspector General’s 36-page report, released this Thursday, acknowledged that the Lompoc facility’s administrators may not have been able to avoid the terrible outcome entirely, they certainly could have done more to mitigate the virus’s spread — in part by sending a portion of the population home.

The report was the result of one of a series of “remote inspections” at a number of federal prisons. These inspections, according to Inspector General Michael Horowitz, consisted of “phone interviews, review of BOP documents and complaints we have received, our analysis of data from the respective institutions, and the results of our survey of employees at the BOP, contract prisons, and halfway houses.”

In addition to choosing to keep people in federal prisons rather than send them back home to isolate with their loved ones, FCC Lompoc officials did not conduct adequate testing when testing could have helped prevent mass-infection. By April 29, medical staff had tested just 121 people.

The DOJ watchdog also found the facility’s virus screening system to be inadequate.

The report describes two instances in which staff members at Lompoc came to work with COVID-19 symptoms, but were not flagged during the screening process, and so continued to come to work while sick with the virus.

Additionally, “preexisting staffing shortages” may have led to cross-contamination between the different facilities within the complex. Medical staffing was only at 62 percent of where it needed to be, according to the report.

These staff shortages “may have increased the risk of COVID-19 transmission because the complex did not always have enough staff to allow Correctional Officers to remain in one facility.”

When the staff movement was finally restricted, it was already too late. The virus was embedded and spreading.

By comparison, the OIG praised officials and staff at another lockup — the Federal Correctional Complex in Tucson, AZ — for taking important precautionary actions before having to be told by BOP officials to take those steps.

As of the time of the inspection in mid-July, that prison had not produced a single known case of coronavirus among its incarcerated population (1,900 people), and just 11 cases among staff members. At the same time, COVID cases were spiking in Pima County and in Arizona in general.

Specifically, FCC Tucson was putting people entering the prison into 14 day quarantine and limiting staff movement between facilities before the BOP said to do so. Tucson was not short-staffed like Lompoc, however, and had empty housing units ready for quarantine.

As of July 24, more than 10,200 imprisoned people and over 1,000 BOP guards and staff had contracted the virus. (About half of those had recovered from the virus.) So far, 99 people in federal prison and one staff member have died of COVID-19. About 2,850 coronavirus tests are currently pending, and the bureau has completed testing for approximately 34,000 of the 143,000 people in BOP lockups and in community facilities. This equates to a testing rates of about 24 percent of the population. The OIG report notes that the low testing rate likely means that actual infection numbers are higher.

At the end of March, and again one week later on April 3, Attorney General William Barr sent memos directing BOP Director Michael Carvajal to move as many minimum-security inmates out of prison and into home confinement, or a similar situation, as was possible during the COVID-19 emergency in order to “combat the dangers” the virus posed to our most vulnerable inmates “while ensuring we successfully discharge our duty to protect the public.”

Since then, the bureau has moved 7,086 people (5 percent of the total BOP population) onto home confinement.

The OIG’s reports will not include recommendations, IG Horowitz said. Instead, they are meant to “assist the BOP and the Justice Department in identifying strategies to most effectively contain current and potential future COVID-19 outbreaks.” Horowitz says his office plans to issue a final report compiling the overall findings from the 16 inspections, 14 of which are still underway. This final report will include recommendations for combatting COVID spread behind bars. 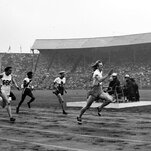 The 1948 Summer Games, the first held after the war, were a celebration of improvisation, renewal and change, embodied in a Dutch track star named Fanny Blankers-Koen.

Brisk walking is better exercise according to my doctor. Lost 1005 pounds in a year and a half some years ago – half the time during bike riding, you are coasting – grin. 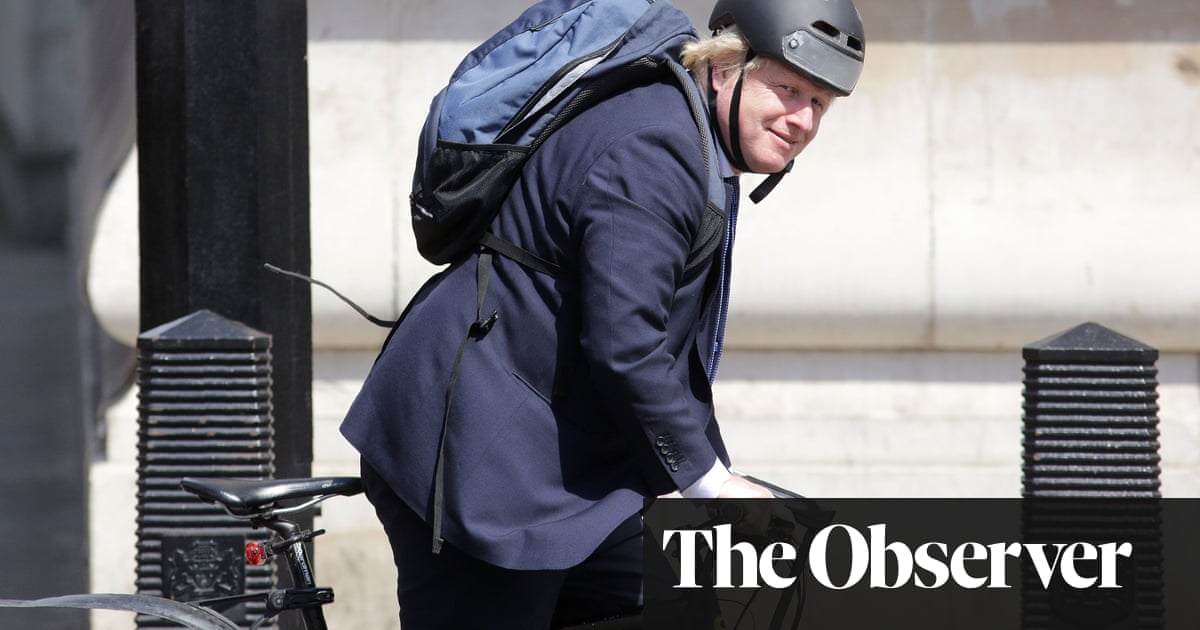 GPs will be encouraged to prescribe cycling as a way for patients to lose weight, as part of a new government strategy to tackle the nation’s obesity crisis to be announced on Monday.

In what Downing Street says is its biggest initiative to encourage more people to take exercise, the plans to be revealed by prime minister Boris Johnson could also mean GP surgeries participating in bicycle schemes, to make cycling easier and cheaper to take up.

Even more surprising is the fact that this was also seen in blood samples taken years before the coronavirus pandemic even began, meaning some people have pre-existing resistance against the virus. In fact, according to one study published in the academic journal Cell in May, these T cell responses were found in 40%-60% of unexposed individuals.

Indeed, the vaccine candidate being developed by AstraZeneca and Oxford University works by specifically encouraging the production of both antibodies and T cells.

Source: Some uninfected, unexposed patients may already be resistant to COVID-19 – The Jerusalem Post

He would wish that he was indistinguishable like the clouds that would drift and hover about. The boy loved to fall away in a trance, letting his head float up and away, imagining visions of contrasting atmospheres. He could become unconfined to sail about and glide through the zephyr of immunity.

He would wish he was like the branches of the trees, oscillating skyward and downward. Like a gentle hello that could caress even the oxygen in midair. For not many would take notice of the leaves above their heads, he could be content, as a still figure, dreaming up whatever he’d want.

He would wish he was like the ocean that shook and streaked. He could travel and reconnoiter the entire, absolute world and descend to the deepest depths before blooming through the salty freshness.

Yet, for now, he was a human and he had a place to go…

Words are closeTo my heartThey are my heartbeatYou hear?# haiku

I heard this morning that Peter Green, co-founder of the very successful rock band Fleetwood Mac, had died at age 73. Peter Green was born to a Jewish family in Bethnal Green, London, in 1946. Although he is described as a singer (and he did have quite a soulful voice and wrote amazing songs, too) […]

The Guitarist and the Albatross — Petchary’s Blog

Jhoni Jackson (Remezcla) offers a look at Puerto Rico’s cautious ‘preliminary plan’ to kick off the next school year. The upcoming school year in Puerto Rico will begin remotely, officials announced yesterday, July 22. Taking into consideration the advice of Governor Wanda Vázquez’s COVID-19 task force, distanced and virtual learning will be mandatory of all public and […]